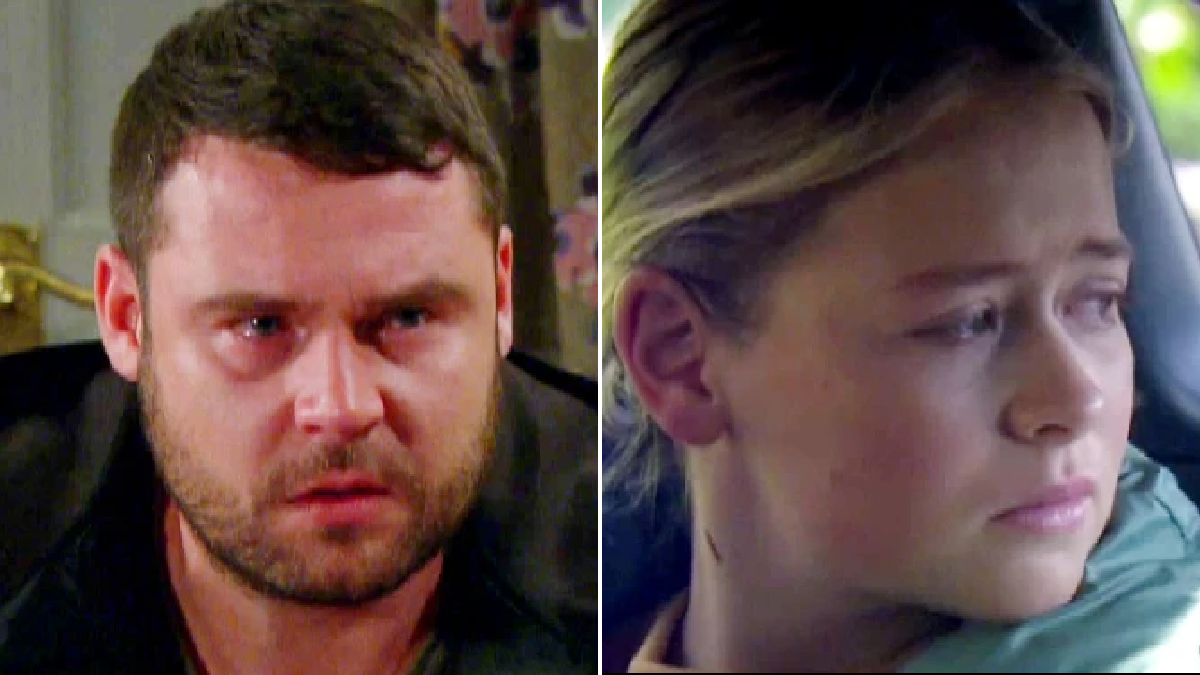 Of course, viewers are aware Meena Jutla (Paige Sandhu) was responsible for killing him last week, but due to Liv’s altercation on the same night, the police have pointed the finger at her after discovering some incriminating evidence.

The evidence? Video footage of Ben and Liv arguing.

After Aaron deleted the footage, he told Liv he’d get rid of the phone, but neither of them knew Lydia was calling the police to report information.

Tonight, Liv was arrested by DS Rogers and taken in for questioning.

Explaining they had found the footage, DS Rogers continuously asked Liv for her version of events, but she couldn’t remember what happened.

We know Liv was absolutely hammered that night, but to DS Rogers, it looks like she’s hiding something.

With Liv’s DNA under Ben’s fingernails, the video footage and knowledge from a witness (Lydia) that Liv was up at the HOP that night, DS Rogers charged Liv with Ben’s murder.

A desperate Liv rang Aaron at the end of tonight’s episode and broke the news – but is it all over for her?

She tried to tell DS Rogers that she didn’t murder Ben, but as she can’t remember what happened, is she about to spend potentially the rest of her life behind bars?