LINDA Lusardi has revealed she's feeling much better now that she's at home after falling very ill with coronavirus.

Linda, 61, shared a snap on Instagram today as she sat in her garden and soaked up the beautiful weather following her stint in hospital due to COVID-19. 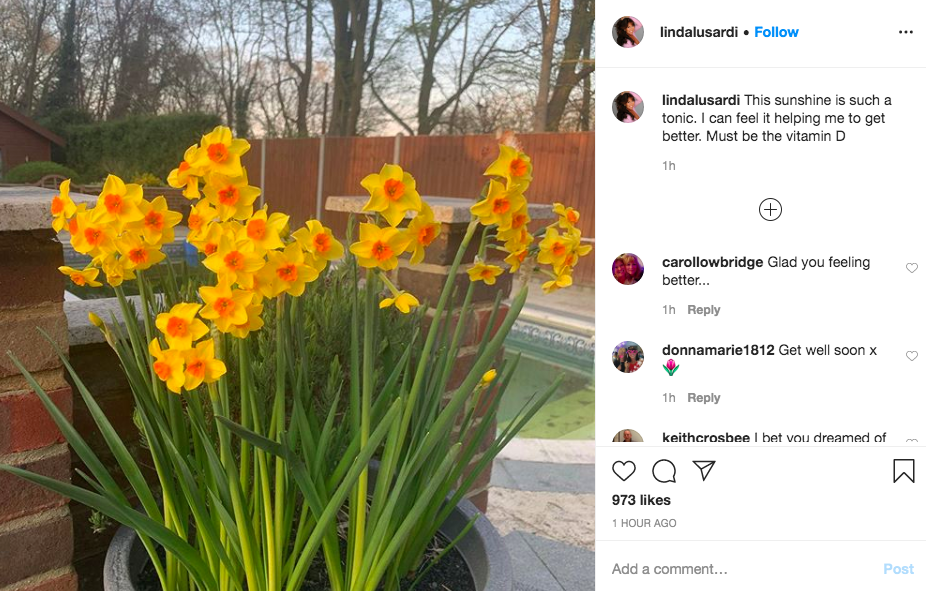 Posting a picture of some daffodils growing in her garden, she captioned it: "This sunshine is such a tonic. I can feel it helping me to get better. Must be the vitamin D."

Her 26,000 followers flooded the post with comments, with one person writing: "Glad you are home safely and getting back home comforts."

A second person added: "Keep up the recovery Linda, get well quickly my love," while a third said: "I bet you dreamed of this day in hospital. Carry on getting fit. Linda. 💋💋❤️." 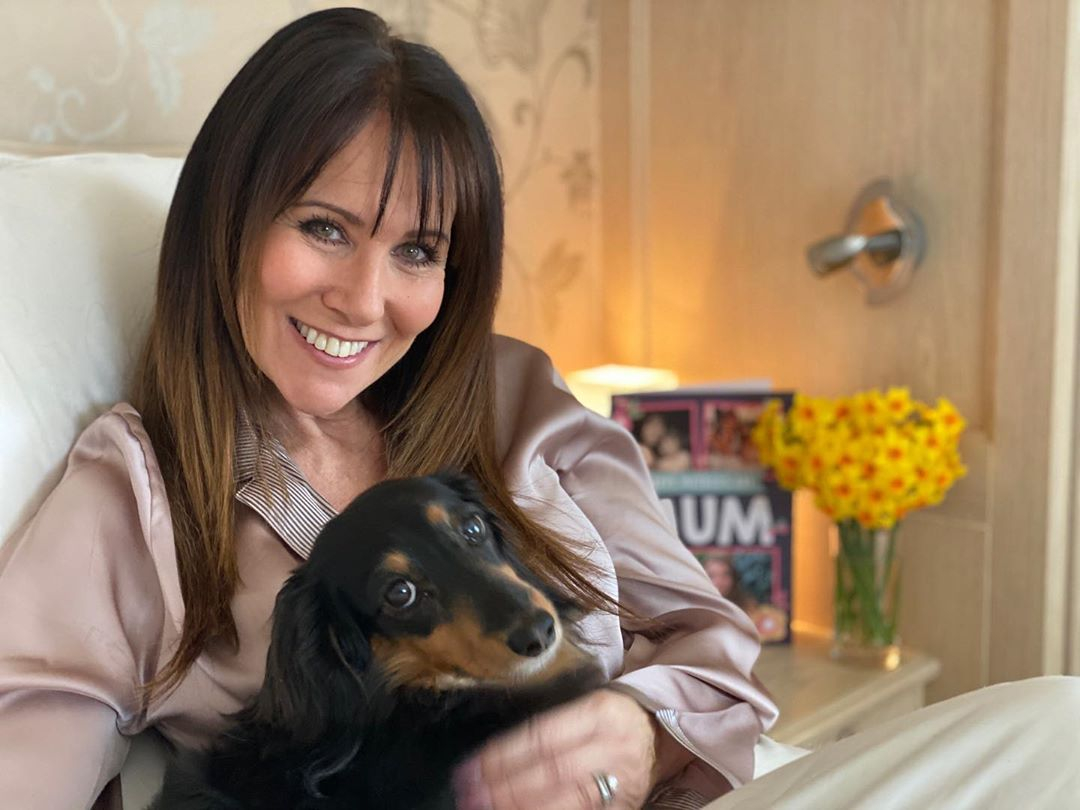 It comes after Linda revealed to fans yesterday that she was back home in her own bed as she shared a picture of her cuddling her dog.

The former Emmerdale wore silk pyjamas and beamed in the photo, which she took with her adorable canine Dexter on her lap.

The brunette beauty told her fans: "So good to be home. Keep safe. Stay in and try to keep positive in this troubled time."

Page 3 legend Linda had told The Sun that the pain she suffered from coronavirus was so excruciating she wanted to die. 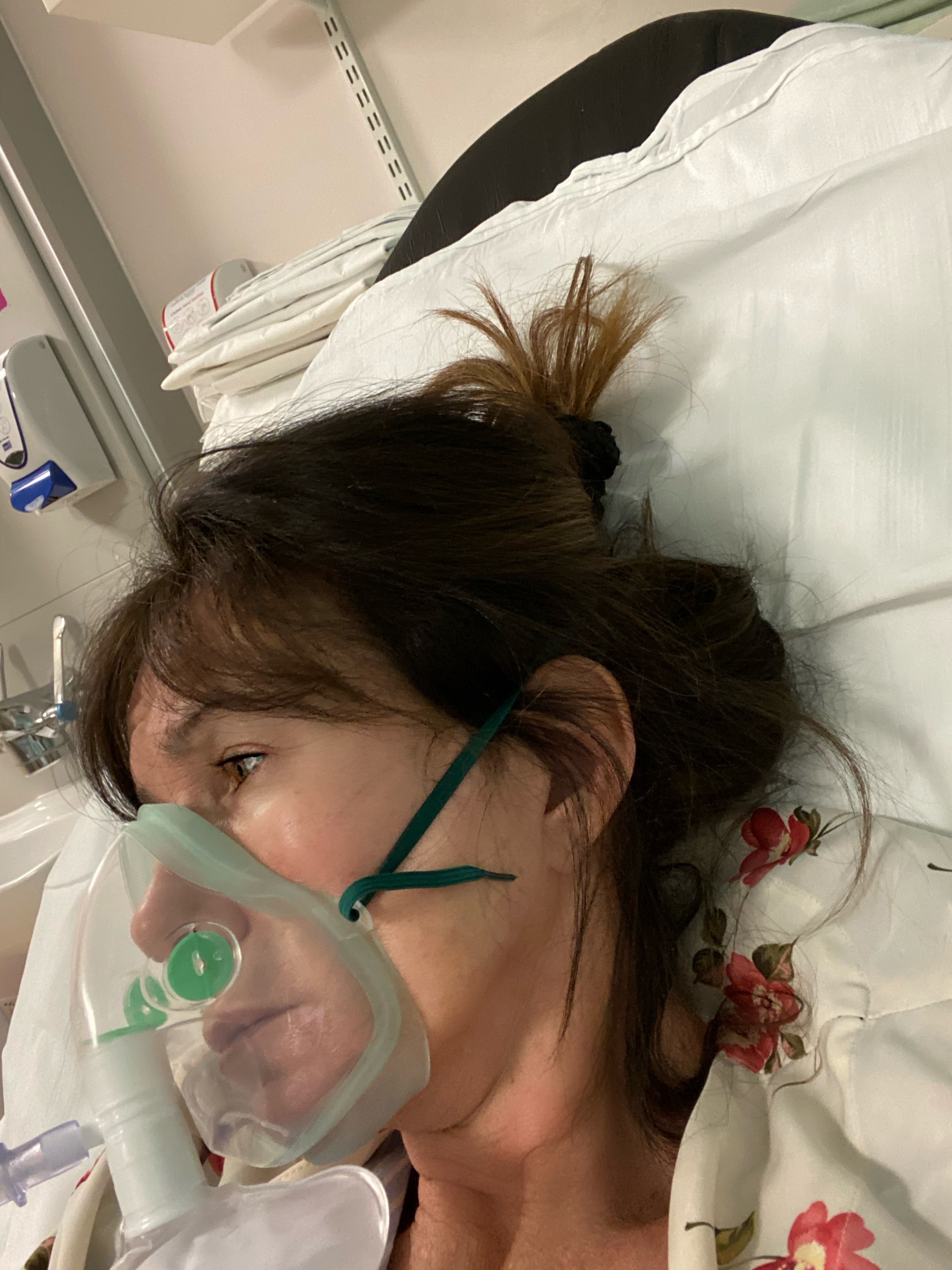 But she said it was the days before she was taken in that she and hubby Sam Kane — who also had the virus — were left in despair.

She said: “It got to the stage where both of us were praying we wouldn’t wake up because it was so bad.”

Her husband, showbiz agent and actor Sam, 51, added: “We just looked at each other and said, ‘Look, we can’t take this anymore’.

“It was horrific. It was like the devil’s hands were strangling me and holding me down and laughing in my face. It’s the deepest, darkest place we’ve ever been. We just thought that if we don’t wake up, it’s not the end of the world.” 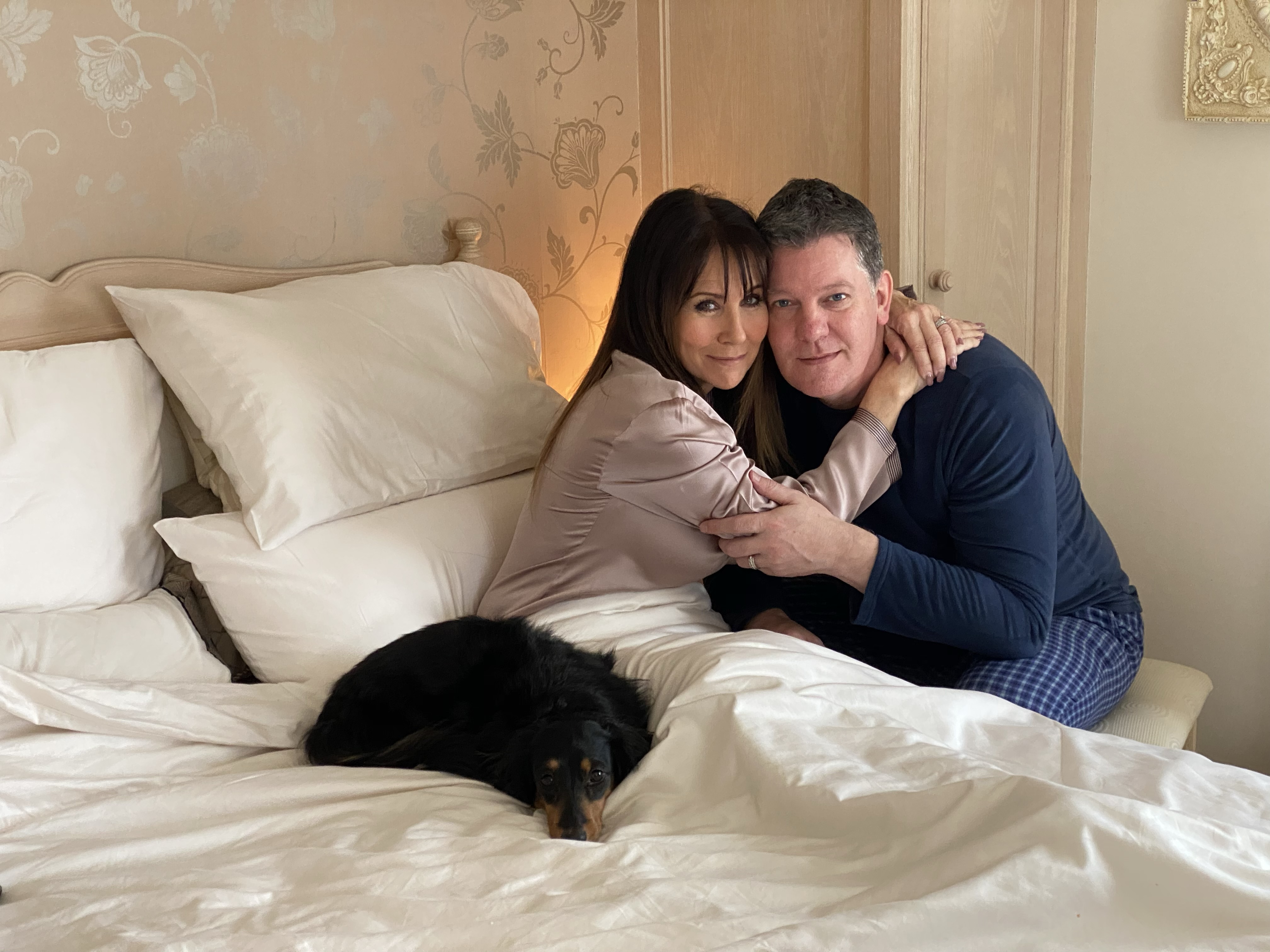 During her ten days in hospital, Linda herself feared she would not make it.

She said: “I was lying on the bed and had my arm over my head and thought, ‘I’m going, this is it’. I could feel myself drifting away.”

Referring to a conversation she had with her doctor, Linda added: “I said to him, ‘Am I going to make this?’ and he said, ‘You’re 61, I can’t guarantee anything. We don’t know what we’re dealing with here’.

“To hear that was just dreadful and I just burst into tears. I text Sam and they wheeled him up to me.”

Sam said: “I got a message saying, ‘I don’t know if I’m ever going to be able to talk to you again’ and I just fell apart. 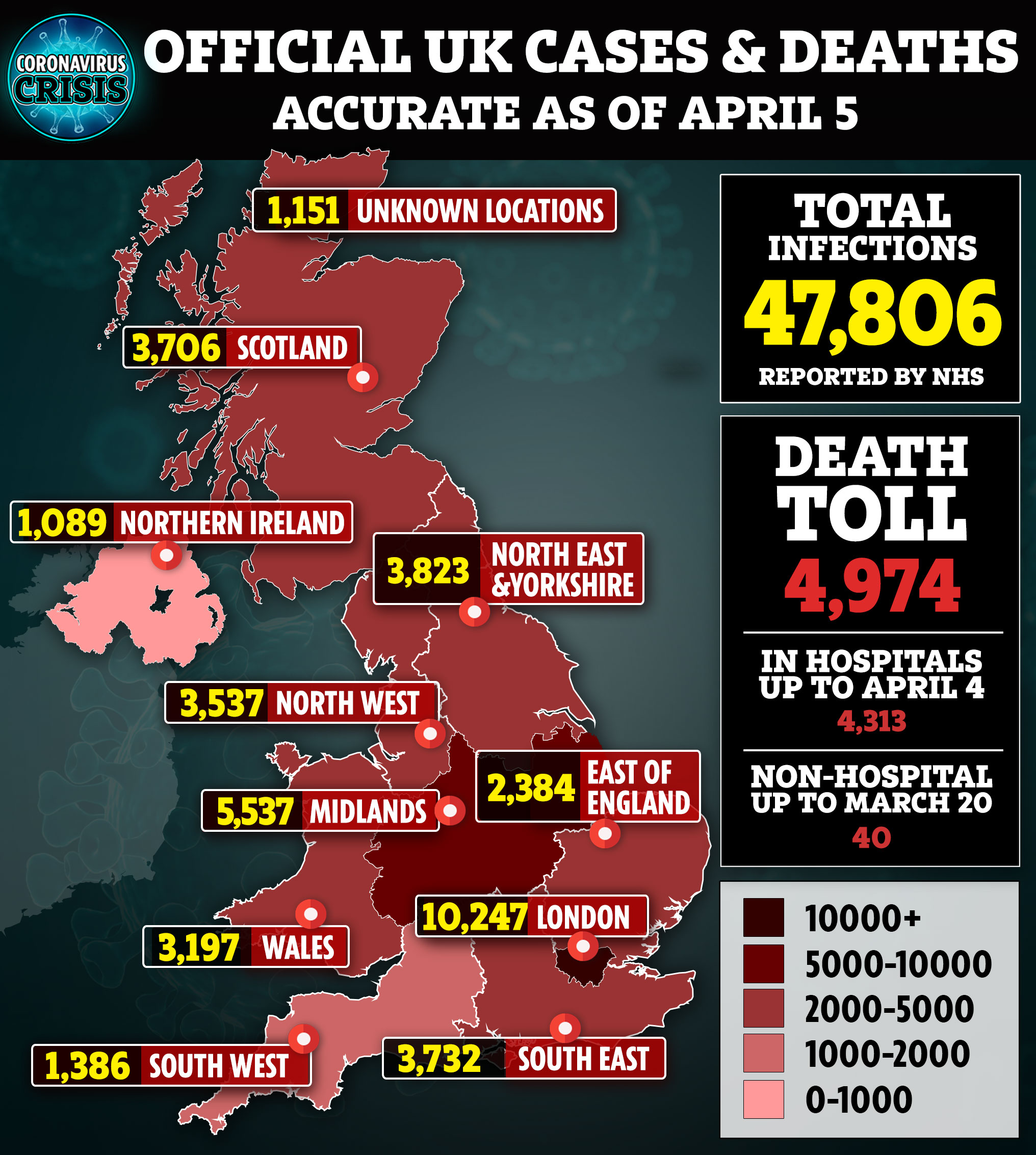 “I was screaming because I thought I was going to lose her. They had to give me an injection to calm me down. But they managed to get me up there to see Linda.”

The reunion seemed to spark an upturn in Linda’s health.

The thought of her children losing their mum also gave her the determination to fight.

Sam was released from hospital a few days before Linda.