EXCLUSIVE: Lifetime has lined up the next movie in its Ripped from the Headlines franchise, Girl in the Basement. The film, inspired by actual events of a young woman imprisoned in her family home, stars Stefanie Scott (Insidious: The Last Key), Judd Nelson (St. Elmo’s Fire) and Joely Fisher (9-1-1).

Elisabeth Röhm, who headlined Lifetime’s 2019 movie Family Pictures, is making her directorial debut with Girl in the Basement as part of the network’s Broader Focus initiative. Manu Boyer, who directed Röhm in Family Pictures will guide Röhm through her first steps as a director. Röhm will also make a cameo in the movie, produced by Big Dreams Entertainment and Swirl for Lifetime, which has started filming in Atlanta for a 2021 debut. (You can see a photo from the set above).

“We believe in Elisabeth and know her craft as an actress will be invaluable as she steps behind the camera to direct,” said Tanya Lopez, EVP Movies, Limited Series and Original Movie Acquisitions, Lifetime & LMN. “Elisabeth’s passion and commitment will bring out incredible performances from Stefanie, Judd and Joely for this extremely shocking story.” 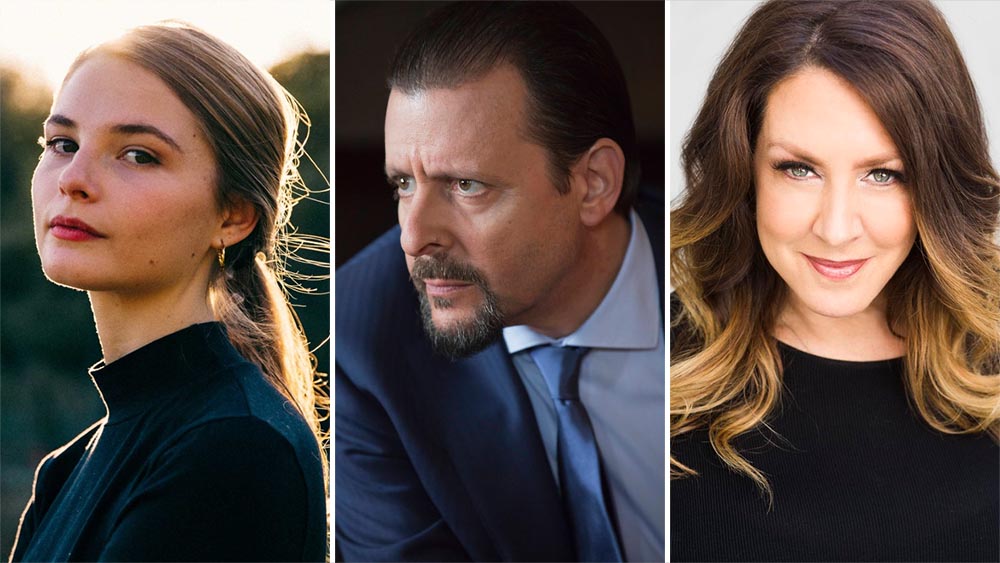 Inspired by actual events, Girl in the Basement tells the horrific story of Sara (Scott), a vibrant teen girl who was looking forward to her 18th birthday so she could move away from her controlling father Don (Nelson). But before she could ever blow out the candles, her world became extremely dark after Don imprisons her in the basement of their home. While Don tries to convince wife Irene (Fisher) that Sara ran away, he would secretly visit her in the basement to torture and rape her while Irene and her sister Amy (Emily Topper) continued living upstairs. As the years pass, Sara gives birth to several children, alone in the basement. Don eventually brings up their youngest son, leaving him on the doorstep for Irene to find with a note from Sara saying that was her son and she couldn’t care for him, leaving Irene to finally accept Don’s claims about Sara. After decades of captivity, Sara finally escapes, and her family learns the devastating truth about what had been going on for over 20 years right beneath their feet.

The network’s 2020 Ripped from the Headlines slate of Stolen By My Mother: The Kamiyah Mobley Story, Chris Watts: Confessions of a Killer, Poisoned Love: The Stacey Castor Story, Neighbor in the Window, and You Can’t Take My Daughter reached more than 25 million viewers total viewers, from January – April on Lifetime & LMN. Lifetime also recently announced a development deal with Kelly Ripa and Mark Consuelos for two Ripped from the Headlines movies.

Related posts:
Inside Trump’s controversial return to the White House
Rebekah Vardy flaunts dramatic hair transformation amid explosive Coleen drama
Popular News
How to use carving leftovers to make a pumpkin pie this Halloween
24/10/2020
Man Utd wonderkid Ramon Calliste, called ‘the next Giggs’, now owns luxury watch business and makes £5m a year – The Sun
26/03/2020
Megan Thee Stallion Addresses Criticism Over Twerking: ‘I Love to Shake My A**’
26/03/2020
Police guard shops to stop coronavirus panic-buyers and enforce social distancing – The Sun
26/03/2020
Coronavirus: Good Morning Britain’s Dr Hilary reveals ‘game-changing’ self-testing kit
26/03/2020
Recent Posts
This website uses cookies to improve your user experience and to provide you with advertisements that are relevant to your interests. By continuing to browse the site you are agreeing to our use of cookies.Ok