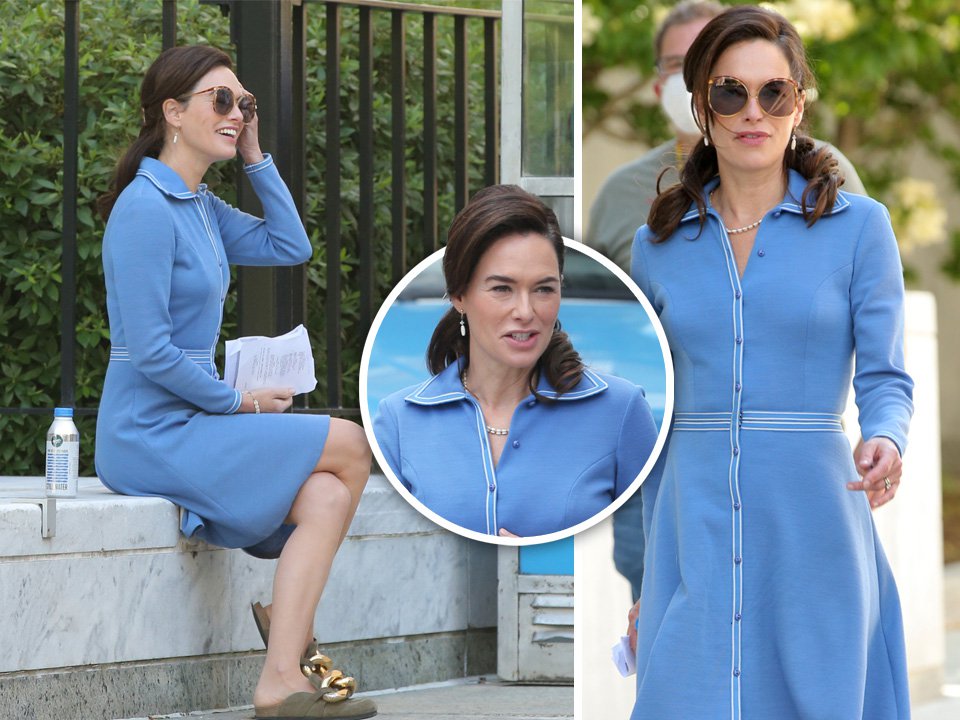 The 47-year-old actress stars alongside Woody Harrelson and Domhall Gleeson on the upcoming HBO series, but production has been stopped with the network now investigating the claims.

In a statement to Deadline, they said: ‘HBO has received reports of alleged unprofessional behaviour on the set of White House Plumbers.

‘We take very seriously our responsibility to ensure a respectful work environment on all our productions, and we are investigating the matter fully.’

The publication has reported that there was an on-set incident on August 4 allegedly between director and executive producer David Mandel, and a member of the props department.

It’s been claimed that the alleged incident led to the whole department walking off the set.

Meanwhile, Deadline has also reported that it’s not the sole incident said to have occurred on set.

There are currently no details on when filming will resume.

The series is a political drama based on the 2007 novel Integrity by Egil Krogh and Matthew Krogh, telling the tale of the ‘Plumbers’ of the White House whose job it was to prevent classified information from being leaked to the media.

The White House Special Investigations Unit, as they were officially named, was set up during Richard Nixon’s presidency, eventually becoming entangled in the Watergate scandal.

The TV series stars Woody as E Howard Hunt, one of Nixon’s ‘plumbers’, with Lena playing his wife, Dorothy Hunt, who was a former agent for the CIA.

They are joined in the drama by Justin Theroux as G Gordon Liddy, another member of the White House Plumbers, and Domhnall Gleeson as John Dean, who acted as the White House Counsel for Nixon during his presidency.

All four actors have worked with HBO in the past, with Lena starring in Game of Thrones, Woody in True Detective, Justin in The Leftovers and Domhnall in Run.

The White House Plumbers has been created and written by Alex Gregory and Peter Huyck and is being directed by David Mandel.

The White House Plumbers is set to premiere on HBO.