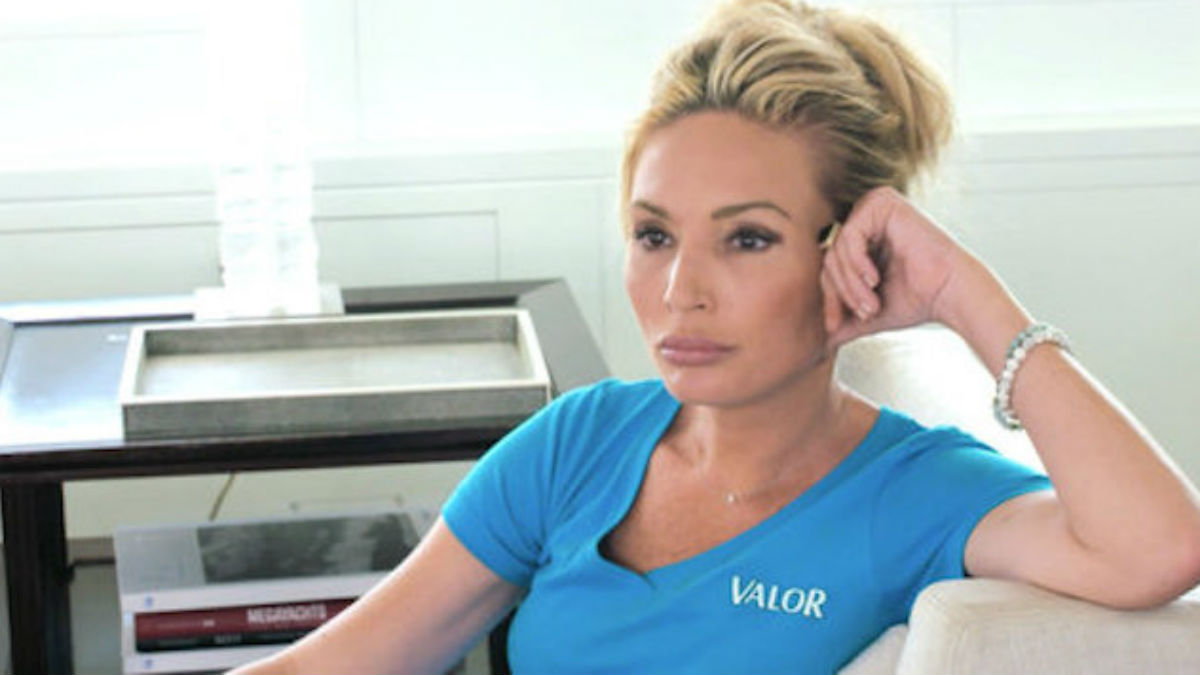 Kate Chastain is defending her Below Deck Mediterranean commentary amid fan backlash.

The Below Deck alum has come under fire for what fans feel is Kate purposely hating on certain cast members from Below Deck Med. In her new Bravo show, Watch with Kate, the former chief stew gives commentary on the yachting show’s current season.

Fans know the season has been one of the craziest and most drama-filled in the history of the Bravo show. The last couple of episodes have not had quite the intensity as the rest of the season.

Since Hannah Ferrier was fired, many viewers feel the show has been dull, using up all the juicy drama at the beginning of the season.

Kate has commented on two episodes of Below Deck Mediterranean Season 5 that focused on chef Kiko Loran getting fired by Captain Sandy Yawn.

The Vegas-themed dinner was the final nail in the coffin for Kiko. Kate wasted no time blaming Hannah for ultimately getting Kiko axed because of her terrible food suggestions. The Bravo personality definitely came across as not being fond of Kiko or Hannah.

Below Deck fans know Kate and Hannah are no longer friends. Kate’s dislike of Hannah was evident in her commentary. It also appeared Kate had it out for the beloved chef because of his close bond with Hannah.

Fans were not only upset by Kate’s meanness towards Hannah and Kiko, but also for her siding with Malia White and Captain Sandy. Kate didn’t say one bad word about the bosun and captain, who have angered viewers a lot this season.

Below Deck Let’s Discuss is a Facebook fan group for the hit Bravo shows. Viewers flooded the page with comments calling out Kate for her remarks.

It turns out that Kate is a part of the Facebook group. She shared a message on the page, setting the record straight on Watch with Kate and her remarks.

“For the record, I made comments and jokes about all of the med cast in equal measure but unfortunately, I do not have final say on what makes it into an episode. It’s disappointing b/c it appears that I have a bias, and also there were some really funny comments that will never be seen. Just sayin,” she wrote. 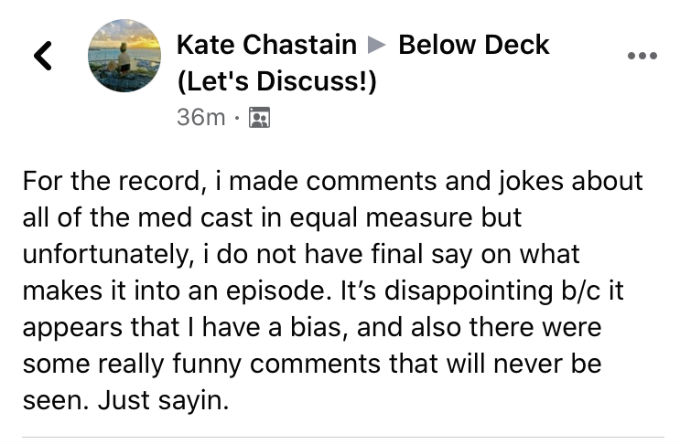 It sounds like Bravo is working a specific narrative regarding Kate and what comments are aired. The network has been under fire for the way Below Deck Med has gone down this season, especially Hannah’s firing and mental health stigma.

Fans were pleased to see Kate Chastain setting the record straight on her remarks about Below Deck Mediterranean Season 5. Now, as Kate continues to share her thoughts, viewers won’t be so quick to throw shade at the Below Deck former chief stew.

Below Deck Mediterranean airs Mondays at 9/8c on Bravo.

Related posts:
New research claims we've got the Vikings all wrong
Here’s how Carrie Underwood stays so fit
Popular News
How to use carving leftovers to make a pumpkin pie this Halloween
24/10/2020
Man Utd wonderkid Ramon Calliste, called ‘the next Giggs’, now owns luxury watch business and makes £5m a year – The Sun
26/03/2020
Megan Thee Stallion Addresses Criticism Over Twerking: ‘I Love to Shake My A**’
26/03/2020
Police guard shops to stop coronavirus panic-buyers and enforce social distancing – The Sun
26/03/2020
Coronavirus: Good Morning Britain’s Dr Hilary reveals ‘game-changing’ self-testing kit
26/03/2020
Recent Posts
This website uses cookies to improve your user experience and to provide you with advertisements that are relevant to your interests. By continuing to browse the site you are agreeing to our use of cookies.Ok