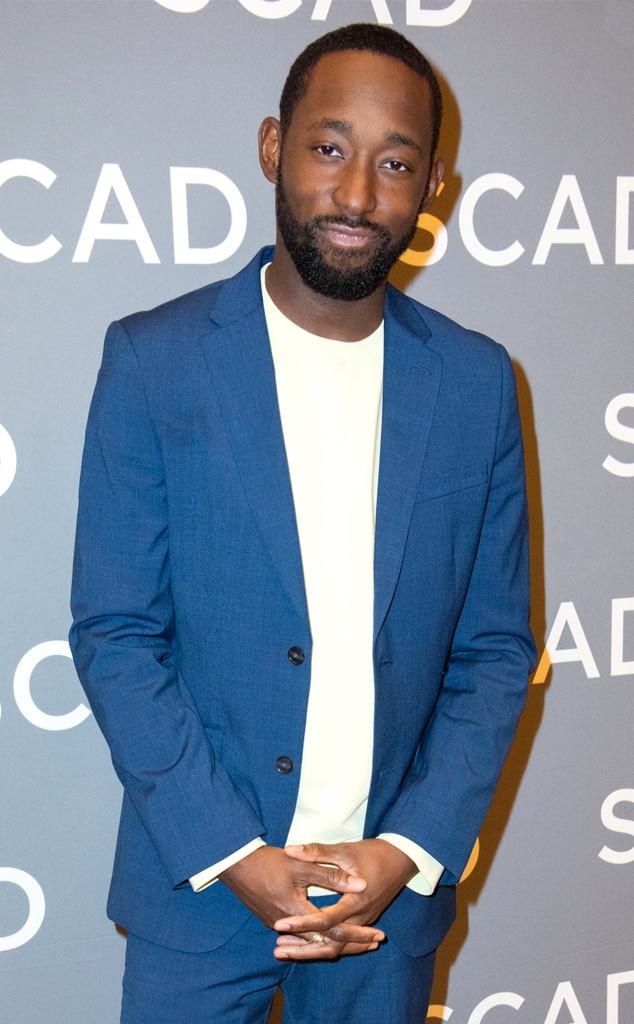 The actor took to social media on Friday, Sept. 11 to announce his departure from the Netflix series, which is produced by Lionsgate.

Tardy explained the reasoning for his decision in a series of tweets, writing, "Unfortunately I will not be joining NETFLIX's Dear White People for its fourth and final season
due to my experience with Lionsgate and their practices of racial discrimination."

"After being offered to return for several episodes my team was notified that our counter offer would… not be considered and that the initial offer was the 'best and final," he claimed. "This news was disturbing because one of my white colleagues — being a true ally — revealed that they too had received the same initial offer and had successfully negotiated a counter offer."

Tardy didn't specifically name the colleague who came forward with their salary nor anyone else mentioned in his following messages. The show stars Logan Browning, Brandon P. Bell, and Antoinette Robertson to name a few.

"My team expressed this issue to Lionsgate and the producers maintained their position that the white actor was able to negotiate while I was not- regardless of my credits and experience," Tardy continued. "With this information six recurring cast members, along with myself, banded together on Monday, August 30th."

Tardy went on to describe the cast unity and the outcome he hoped for.

"Our stance was to move powerfully as a unit in the negotiation process and, more importantly, to stand on principle because this is not simply a monetary matter," he wrote. "We were all aware of the notorious pay disparities between people of color and our white colleagues on Netflix and Lionsgate shows; so this made it blatantly obvious."

Chris Evans Has Marveled Fans For This Totally NSFW Reason

Tardy explained the salary negotiations didn't work out as planned.

"However, our collective bargaining power was undermined with side deal offers and lack of transparency. These tactics led to some individuals taking deals before the collective group received a fair and equitable negotiation process," he wrote.

It's unclear if Netflix, Lionsgate or both offered his co-stars the deals during that time.

"These companies have recently released statements and even donations in support of the Black Lives Matter movement," he continued. "I am calling out their shameful practices of discrimination and racial inequality with regard to how they have historically undervalued and lowballed people of color. Politically correct lip service and symbolic gestures do not absolve you of the daily responsibility of doing business in a fair and equitable manner."

Tardy concluded his message by speaking directly to those he felt were in the wrong.

"The fact that this has occurred behind the scenes of a show which purports to address systemic issues of racism and discrimination displays the very epitome of hypocrisy. Lionsgate. Netflix. I see you. We see you," he closed.

As fans know, Tardy portrayed Kenyan college student Rashid Bakr on Netflix's Dear White People. As described on IMDb, the show centers around a group of Black students navigating "various forms of racial and other types of discrimination" while studying at a "predominantly white Ivy League college."

The series was based on creator Justin Simien's 2014 titular movie.

E! News has reached out to both Netflix and Lionsgate and has yet to hear back.

Lionsgate did, however, address the allegations in a statement to Entertainment Weekly on Saturday, Sept. 12. The studio told the publication that Tardy's situation was "a purely financial negotiation regarding deal terms."

"Lionsgate is committed to equal treatment for all talent regardless of race, gender, age or sexual orientation," a statement read. "We are very proud of Dear White People and its place in the national conversation about racial equality and social justice and we look forward to beginning production on its 4th season."

According to EW, Netflix declined to comment but deferred to "Lionsgate on the matter."

Related posts:
Chinese Laundry Sale: Buy One, Get One 60% Off Everything
Rob Kardashian Adds New Tattoo Ink To Go With Hot New Body — See Pic
Popular News
Ariana Biermann, 18, Stuns In A Bikini & Cozies Up To Her Shirtless Boyfriend In Sexy New Pics
01/10/2020
Man Utd wonderkid Ramon Calliste, called ‘the next Giggs’, now owns luxury watch business and makes £5m a year – The Sun
26/03/2020
Megan Thee Stallion Addresses Criticism Over Twerking: ‘I Love to Shake My A**’
26/03/2020
Police guard shops to stop coronavirus panic-buyers and enforce social distancing – The Sun
26/03/2020
Coronavirus: Good Morning Britain’s Dr Hilary reveals ‘game-changing’ self-testing kit
26/03/2020
Recent Posts
This website uses cookies to improve your user experience and to provide you with advertisements that are relevant to your interests. By continuing to browse the site you are agreeing to our use of cookies.Ok