Home » TV and Movies » Jeremy Clarkson mocks shepherdess Ellen after she crashes into barn You hit it!

Jeremy Clarkson mocks shepherdess Ellen after she crashes into barn You hit it!

Jeremy Clarkson took on the mammoth task of managing a 1,000-acre farm and the outcome is at the centre of the new Amazon Prime series Clarkson’s Farm. The Grand Tour host had no prior experience of farming and he enlists the help of a small group of locals including shepherdess Ellen Helliwell. However, the former Top Gear left Ellen mortified when he made fun of her driving skills.

In episode two of the Amazon Prime series, Jeremy decided to get a flock of sheep but he had no idea the added work the animals would bring.

As he checked on how many ewes had been impregnated, Jeremy was amazed by Ellen’s skills.

The Grand Tour host watched the shepherdess at work and commented: “Look at how she’s doing that just whistling. That’s just breathtaking.” 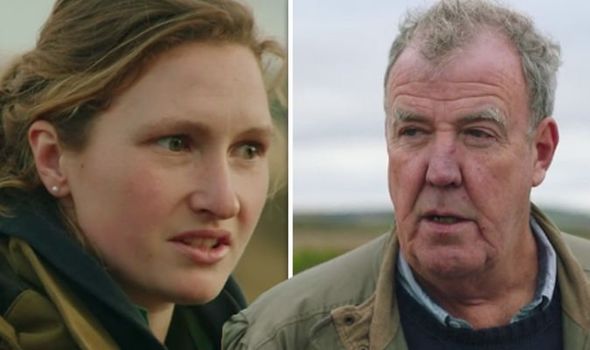 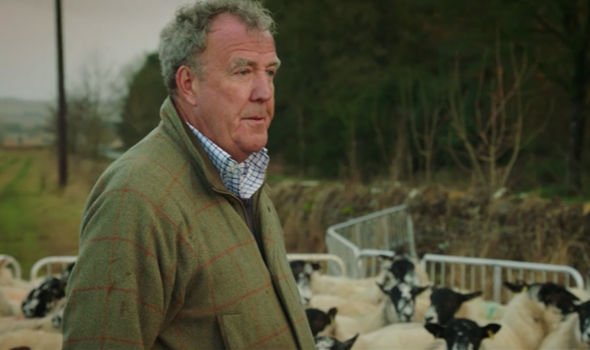 “That is one of the most majestic spectacles,” Jeremy remarked once she had herded the sheep.

“So are they all now ‘up the duff’,” Jeremy asked Ellen who revealed 74 were pregnant.

“It’s only possible one or two that aren’t,” Jeremy commented.

Ellen explained that one of the male sheep had impregnated twice as many sheep as the other male. 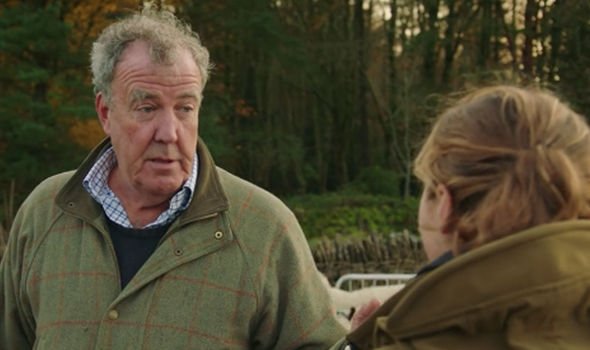 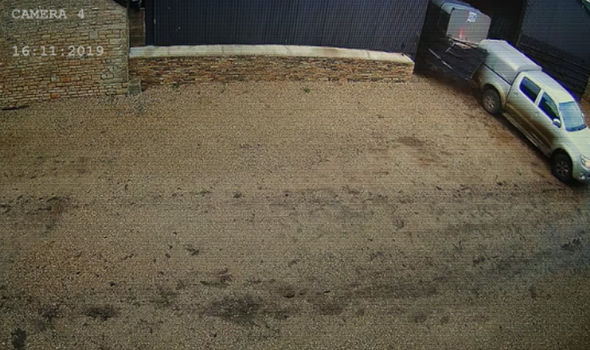 “Oh they’re in there look,” the former Top Gear said. “You randy little b******s. They’ve got a rather proud look on their faces.”

Ellen and Jeremy then separated the two male sheep from the rest of the group.

“There was absolutely no questioning Ellen’s shepherding skills,” he observed.

“I just wish I could say the same about her driving.”

Clarkson’s Farm aired a clip taken from one of the farm’s security cameras which shows Ellen reversing into the barn.

However, the manoeuvre doesn’t quite go to plan and she crashed into the barn causing a piece of the building to fall.

“Everybody calm down,” Jeremy told the sheep before turning to Ellen: “I’m becoming really fond of them.”

“Have you been talking to them?” Ellen asked and he replied: “You know the three that have been scheduled for assassination?

What is happening where you live? Find out by adding your postcode or visit InYourArea

“I really like them, they come galloping up when you feed the horses. We ought to get these rams out before it gets dark.”

“We’ll put them in the trailer and get them moving,” Ellen suggested and Jeremy joked: “Shall I bring it around?

“Because I’ve just reversed that in a tight spot and I didn’t hit anything, unlike some people.”

Luckily, Ellen saw the funny side of Jeremy’s comment and quipped: “Well done.”

Clarkson’s Farm is available to watch on Amazon Prime.