America's Next Top Model, Tyra Banks, and now Jay Manuel have been back in the headlines lately—in part because people are revisiting the reality show, which is now streaming on Hulu, and pointing out its problematic elements.

Recently, Banks addressed some of ANTM's "insensitive" moments after people started discussing them on Twitter. "Been seeing the posts about the insensitivity of some past ANTM moments and I agree with you," she tweeted. "Looking back, those were some really off choices. Appreciate your honest feedback and am sending so much love and virtual hugs."

Now Manuel, who served as Top Model's on-air creative director for 18 cycles/seasons, is opening up about his time on the show in a new interview with Variety as part of his promotional tour for his new novel, The Wig, the Bitch & the Meltdown. While the book is set during a modeling competition show, he says he didn't talk to Banks or others who worked on ANTM about it. "Over the past few years, we’ve emailed,” he told Variety of Banks. “To be very honest, we really have no relationship to speak of, which is really sad. Our time together on ANTM was amazingly productive and, at times, magical. We got to experience being part of a global phenomenon.”

He also says it was his decision to leave the show when he did. "It was 100% my decision to leave the show, as I was ready to move my career in a different direction, but unfortunately at the time, my departure was misreported to the press, and contractually, I could not speak about leaving the show," he said. "Now I can speak about it, so I can be clear that my departure from the show was one of choice."

Manuel then got candid about some of the moments on the show that made him uncomfortable. "I do remember, and it was very uncomfortable for me, in cycle four, it was a photo shoot where the girls had to swap races. I was so, so, so uncomfortable with this," he said. "I was never scripted for my intros or anything, and I didn’t know how I was going to be able to set this up—I was so afraid that I would wear this because I was the creative director, but it was not my idea. That swapped race was a layer added in. It was supposed to be a different concept. I remember that very, very clearly. I was basically told that I had to execute the creative, and it made me very uncomfortable." 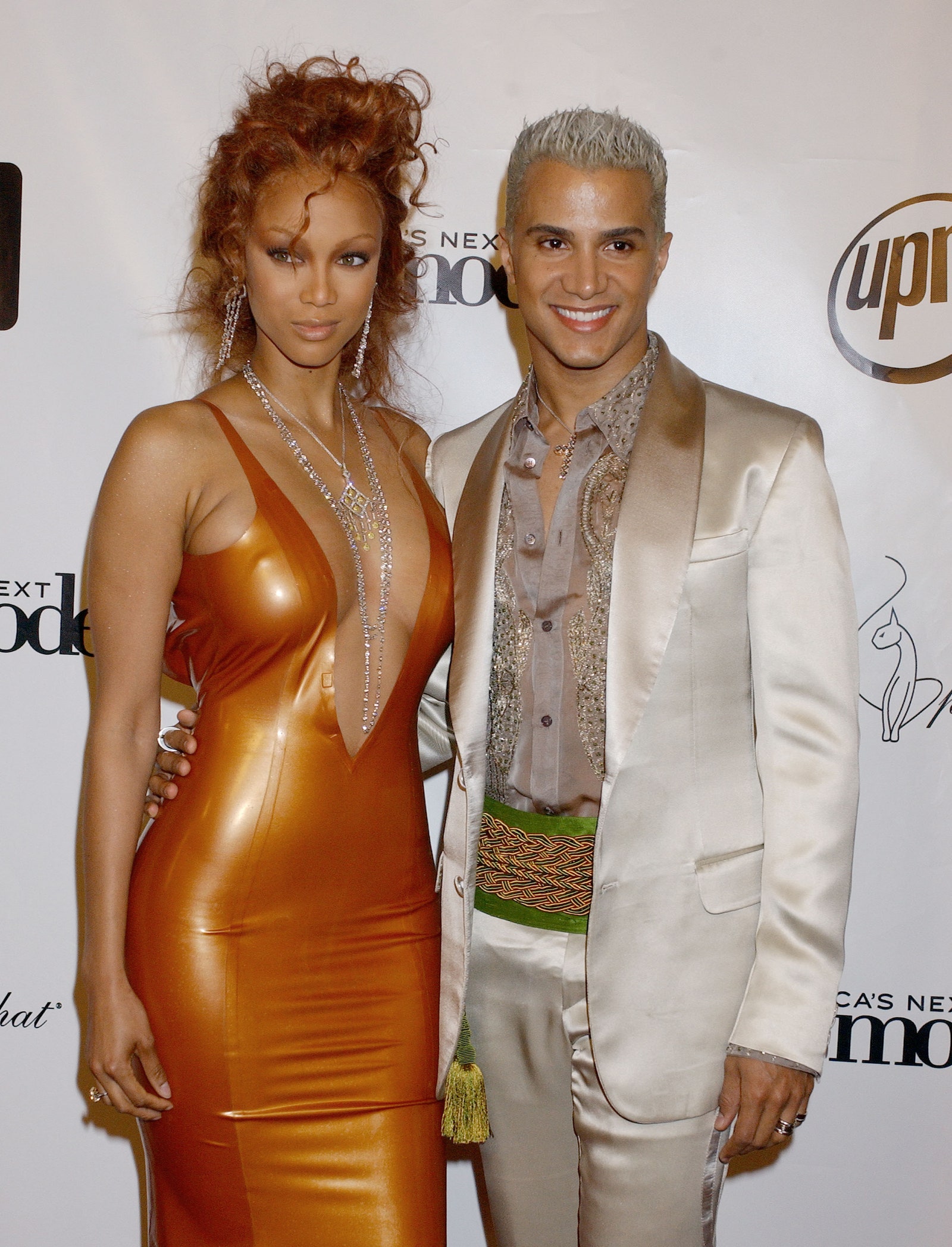 He continued, "The original concept was to always do something with the girl holding the baby doll, and we knew we were going to do the 'Got Milk?' part. The layer of swapping races was something that I remember being added in a preproduction meeting. Initially, I didn’t speak up. I was slightly horrified. I’m biracial, but I grew up identifying as black. My parents grew up under Apartheid in South Africa. So, to me, with understanding our own country’s history around race, I thought, We’re really doing this? There were just certain people working on the show in a senior position where several producers, not just myself, became very scared to speak up. I actually brought my concern first to another co–executive producer because I was too scared to even take it up higher to an executive producer."

But Manuel says he still has a lot of respect for Banks. "Tyra is a pioneer in many respects, and I have nothing but respect for her in everything that she’s accomplished in business," he said. "The fashion industry is a difficult industry."

He continued, "Tyra was an incredible model. She understands the business. I think what she was trying to do was give the girls a taste of tough love of what they had to experience. When she stepped into the industry, no one prepared her for a lot of the initial backlash that she got as a young, black model trying to make it. It was very difficult for her, and so I really respect that part of her journey and for wanting to communicate that to the girls."

Banks did not respond to Variety's requests for comment about Manuel's interview.

Related posts:
Government drawing up plans to slash taxes on American food imports – The Sun
Tekashi 6ix9ine Debuts New Hair Makeover After Leaving Prison — Before & After Pics
Popular News
Peaky Blinders season 6, episode 1 release date: When will Peaky Blinders series 6 start?
09/07/2020
Man Utd wonderkid Ramon Calliste, called ‘the next Giggs’, now owns luxury watch business and makes £5m a year – The Sun
26/03/2020
Megan Thee Stallion Addresses Criticism Over Twerking: ‘I Love to Shake My A**’
26/03/2020
Police guard shops to stop coronavirus panic-buyers and enforce social distancing – The Sun
26/03/2020
Coronavirus: Good Morning Britain’s Dr Hilary reveals ‘game-changing’ self-testing kit
26/03/2020
Recent Posts
This website uses cookies to improve your user experience and to provide you with advertisements that are relevant to your interests. By continuing to browse the site you are agreeing to our use of cookies.Ok