Home » TV and Movies » Is ‘The Falcon and the Winter Soldier’ a Drama Series, or Is Emmy Strategy Afoot? — TV Podcast

Is ‘The Falcon and the Winter Soldier’ a Drama Series, or Is Emmy Strategy Afoot? — TV Podcast

The video above was produced by IndieWire’s Creative Producer Leonardo Adrian Garcia.

It’s strange to realize, given that it’s late April and we’ve yet to witness this year’s Academy Awards ceremony, but Emmy season is already upon us and, perhaps more fascinating is the fact that networks and streamers are already making bold moves to better position themselves in the weeks and months to come.

The most recent culprit is Disney+, which this week told IndieWire Deputy TV Editor Ben Travers that rather than follow in the footsteps of fellow Marvel series “WandaVision,” “The Falcon and the Winter Soldier” will be competing at this year’s Emmys as a Drama Series.

It’s news that sparked more questions than answers, as a six-episode show with no announced intent of a second season is obviously a limited series, right? Apparently not.

According to Marvel Studios VP of Production & Development and “Falcon and Winter Soldier” executive producer Nate Moore, the decision was actually made closer to the launch of the series when they realized the subject material was more dramatic than their usual fare.

But does this mean that there’s a second season in the works for the series? Maybe.

“We’ve definitely kicked around ideas because we always like to keep thinking about where things can go, but we also, frankly, in the crush of the pandemic, we’re just trying to finish the show and make sure it got out in a timely matter,” Moore said. “Hopefully at the end of this season, you will see the potential for what we could tell in a subsequent season.”

But say a second season never materializes, does that mean that “Falcon” belongs in Limited Series, rather than Drama Series? Or is Marvel playing fast and loose with a system not yet optimized for its unconventional forms of TV storytelling? And ultimately, is this Disney trying to maneuver a potential power player out of Limited Series, where competition is stiff, and into Drama Series where (beyond “The Crown”) the field is relatively open?

The truth is, the Emmy rules are so backwards, it doesn’t really matter. 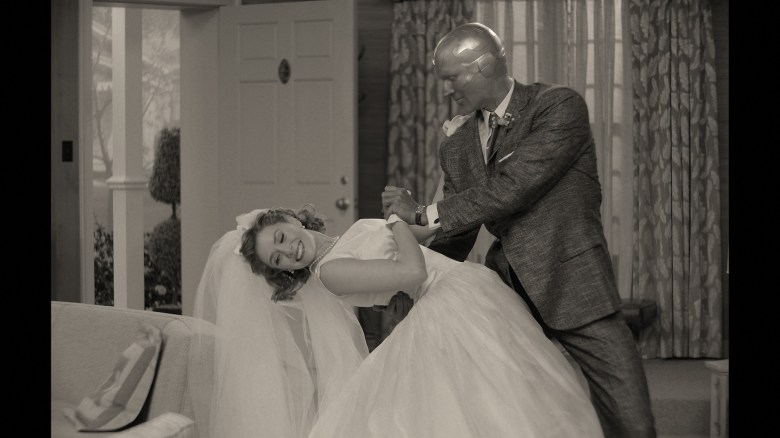 Sure, shows can petition to change their categorization, and that’s how “The Marvelous Mrs. Maisel” has been competing as a Comedy since its premiere, but those judgements depend entirely on the whims of the TV Academy

But to go back to the question of “Falcon,” the Emmy rules define a Limited Series as such: “A program with two (2) or more episodes with a total running time of at least 150 program minutes that tells a complete, non-recurring story, and does not have an on-going storyline and/or main characters in subsequent seasons.”

So on the surface, there’s no reason for “Falcon” not to run in Drama Series. But these Emmy specifications do throw some confusion into the Marvel Universe’s entire TV playground. If the adventures of Wanda Maximoff and Bucky Barnes and so on and so forth are going to continue, even though it might be in another format — in this case film or, perhaps, other Marvel TV series — then would any of the Marvel shows truly qualify as Limited Series? After all, the entire appeal of Marvel is a wholly contained universe in which every story is ongoing and interconnected.

Sounds like a problem for next year’s TV Academy to solve.

For now, check out this week’s episode of IndieWire’s TV podcast “Millions of Screens” as hosts Creative Producer Leo Garcia, TV Awards Editor Libby Hill, and the aforementioned Ben Travers bang on about the Marvel machine vs. the Emmy Awards.

Plus, the crew digs into the newest HBO prestige limited series “Mare of Easttown,” which features Kate Winslet as a rough and tumble cop who plays by her own rules and manages to rise above material that in other hands might seem reductive. Also, there’s a lot of chatter about accents and a shocking amount of talk about regional beer preferences. In keeping with ongoing social distancing mandates, this week’s episode was again recorded from the comfort of everyone’s respective apartments, and we’re again offering viewers a video version of the podcast, as embedded above.

“Millions of Screens” is available on Anchor, Apple Podcasts, Breaker, Google Podcasts, Spotify, and Stitcher. You can subscribe here or via RSS. Share your feedback with the crew on Twitter or sound off in the comments. Review the show on iTunes and be sure to let us know if you’d like to hear the gang address specific issues in upcoming editions of “Millions of Screens.” Check out the rest of IndieWire’s podcasts on iTunes right here.