Home » TV and Movies » Is Jonah going to kill Nelson in Ozark? ‘Don’t mess with Jonah!’

Is Jonah going to kill Nelson in Ozark? ‘Don’t mess with Jonah!’

Ozark: Cast members look ahead to the final season

Ozark follows the lives of the Byrde family after Marty (played by Jason Bateman) got himself involved with the Navarro Cartel and is being forced to launder money for its boss. The Netflix drama has just one more series to go and following series three, their lives are now more entwined than ever with Omar Navarro (Felix Solis). This criminal lifestyle has also greatly impacted the mindset of the younger members of the community.

Is Jonah going to kill Nelson in Ozark?

Once considered as the innocent youngest child, Johan Byrde (Skylar Gaertner) has been getting to grips with the money laundering business, proving himself as an asset to the scheme.

He hasn’t been afraid to aim a rifle at his enemies and stick up for his loved ones when necessary.

So fans have been predicting for quite some time that Jonah could come out on top in the end and continue working with the dangerous cartel, with or without the rest of his family.

Another theory also predicts he is going to be the one who takes down violent hitman Nelson (Nelson Bonilla). 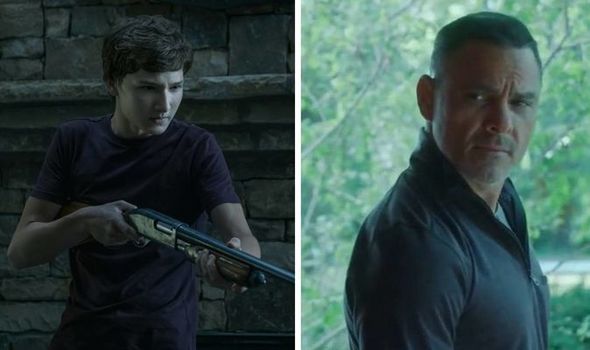 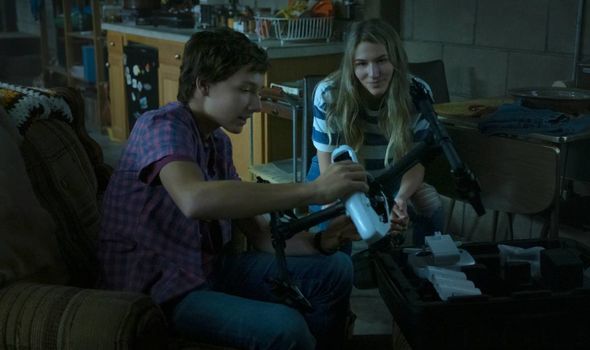 Taking to Reddit, one fan explains how Jonah’s crush on Helen Pierce’s (Janet McTeer) daughter Erin (Madison Thompson) will lead to him becoming a murderer.

They say how Ben Davis (Tom Pelphrey) showed up at Helen’s house, confronting her about her involvement in the cartel, which Erin was previously oblivious to.

But now she is aware of the cartel’s dealings, she may be seen as a liability to Omar.

To keep out of danger, Erin goes to Chicago but if the cartel thinks she poses a risk, they may want her out of the picture for good. 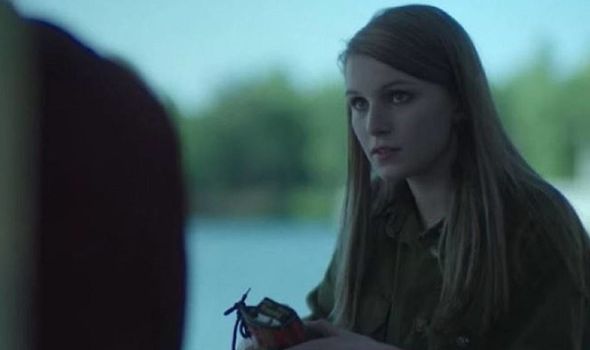 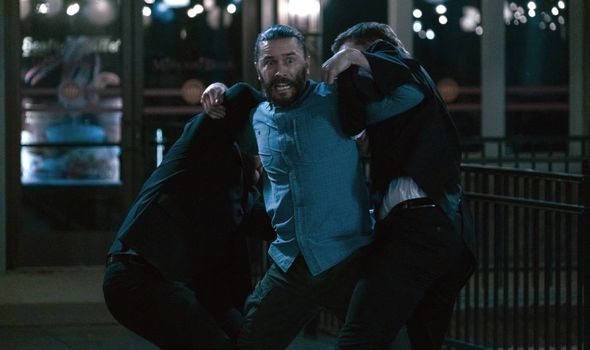 The Reddit user continues: “Now, Jonah will either find out about the hit on Erin or will suspect one will be put out on her.

“Also, Jonah will find out that Nelson not only killed his Uncle Ben but is the hitman that will go after Erin, too! Erin is his girl/love of life/crush, and he is not about to let that happen.

“So, Nelson will head to Chicago to kill Erin and possibly her family, but Jonah will head there to try and save her.

“Nelson will succeed in killing her father and brother, but when he tries to kill her…Jonah will appear and shoot/kill Nelson. Don’t mess with Jonah or his girl!”

This new theory left an impression with some other Ozark fans on the forum site as well.

One viewer said: “The writers are furiously taking notes,” while another commented: “Oh yeah, I was definitely reading this like I was on a Wikipedia page and didn’t want to wait.”

So could there be a chance that Jonah will be the one to take down the ruthless hitman?

Unfortunately, it could be quite some time until viewers get to find out how the story ends.

Like many shows, filming for Ozark season four was majorly delayed because of the pandemic.

Shooting for the new episodes started in late 2020 and it is now predicted the show won’t air until late 2021.

Ozark season four will be the final series and will be split into two parts.

The first half could be out later this year while the second lot of episodes could be released in early 2022.

Ozark is available to watch on Netflix.