Home » How to Watch The Handmaids Tale Season 4

How to Watch The Handmaids Tale Season 4

The arrival of The Handmaid’s Tale Season 4 is imminent.

After more than a year in hiatus, Hulu’s adaptation of Margaret Atwood’s seminal novel is finally returning to our TV screens. In this next chapter, June (Elisabeth Moss) “strikes back against Gilead as a fierce rebel leader, but the risks she takes bring unexpected and dangerous new challenges,” according to the streamer. “Her quest for justice and revenge threatens to consume her and destroy her most cherished relationships.”

The Handmaid’s Tale is streaming only on Hulu, and it’s included if you have a subscription. Plans start at $6 a month (or $60 a year) with ads, and $65 a month with live TV. There are also bundle packages available including Disney+ and ESPN+, which start at $14 a month with ads.

The first three episodes of Season 4 arrive simultaneously on Hulu at midnight ET on Wednesday, April 28. After that, each of the remaining seven episodes will drop weekly on Wednesdays.

How to Catch Up

The first three seasons of The Handmaid’s Tale are streaming now on Hulu. Stream an older episode or two while you wait for the new season. 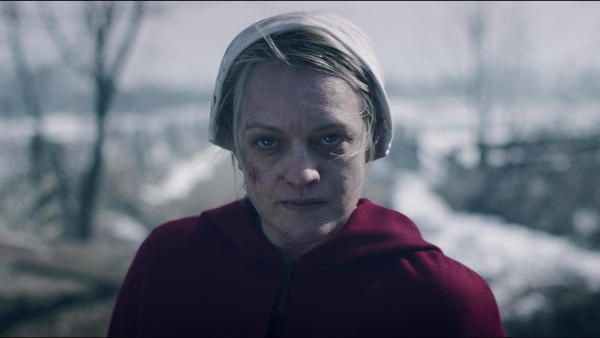