Following in the footsteps of ’70s predecessors like Good Times and The Jeffersons, the ’90s and early aughts were a sweet spot for the Black sitcom. From The Fresh Prince of Bel-Airand Family Matters ruling primetime on the major networks, to UPN and BET cultivating space for other Black creators and casts, there are almost too many iconic shows to name.

However, thanks to streaming services, almost all of your favorite shows are now available to rewatch on demand. In celebration of Black History Month, ET has put together a guide, featuring some of our all-time favorite Black sitcoms.

Watch standups like Bernie Mac and Martin Lawrence bring their comedy to the sitcom stage, rediscover how shows like Living Single and Girlfriends proved that comedy wasn’t just for the guys, and see how young stars like Brandy, Tia and Tamera Mowry, Kenan Thompson and Kel Mitchell found their way to larger audiences through their own starring roles.

Read on to check out our favorites, and where you can stream them now!

The Fresh Prince of Bel-Air 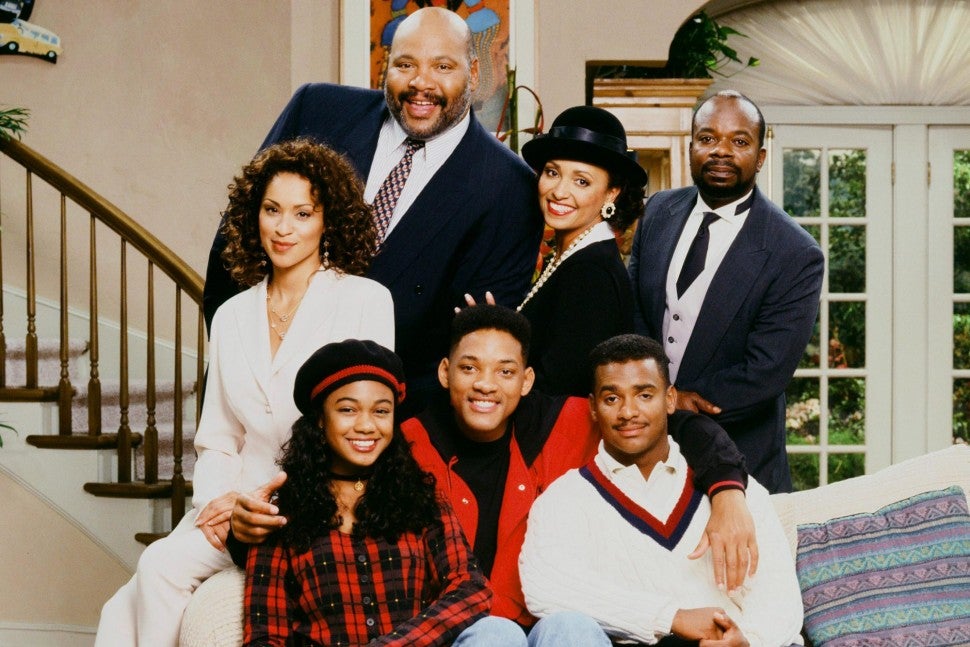 You know it, you love it, you can rap the theme song word-for-word and cry every time Will gives that speech about his father to Uncle Phil. Now, check out all six seasons of the sitcom that launched Will Smith to superstardom and gave us not one but two iconic Aunt Vivs — more on that in the recent reunion special.

Stream The Fresh Prince of Bel-Air on HBO Max. 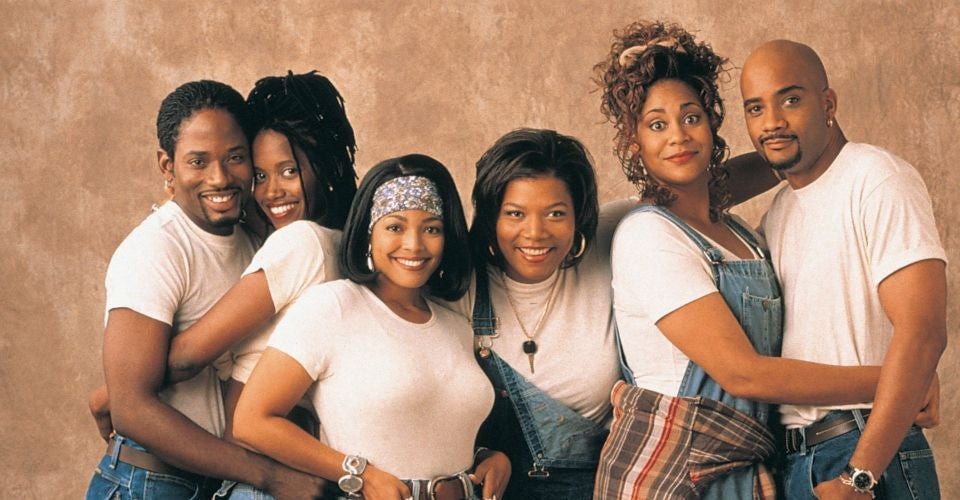 That other show about a group of six “friends” dealing with life and love in New York City is over on HBO Max, but on Hulu, you can catch all five seasons of the OG — led by Queen Latifah as magazine editor Khadijah James, alongside Kim Coles, Erika Alexander, Kim Fields, T.C. Carson and John Henton — which, not for nothing, debuted one year earlier. 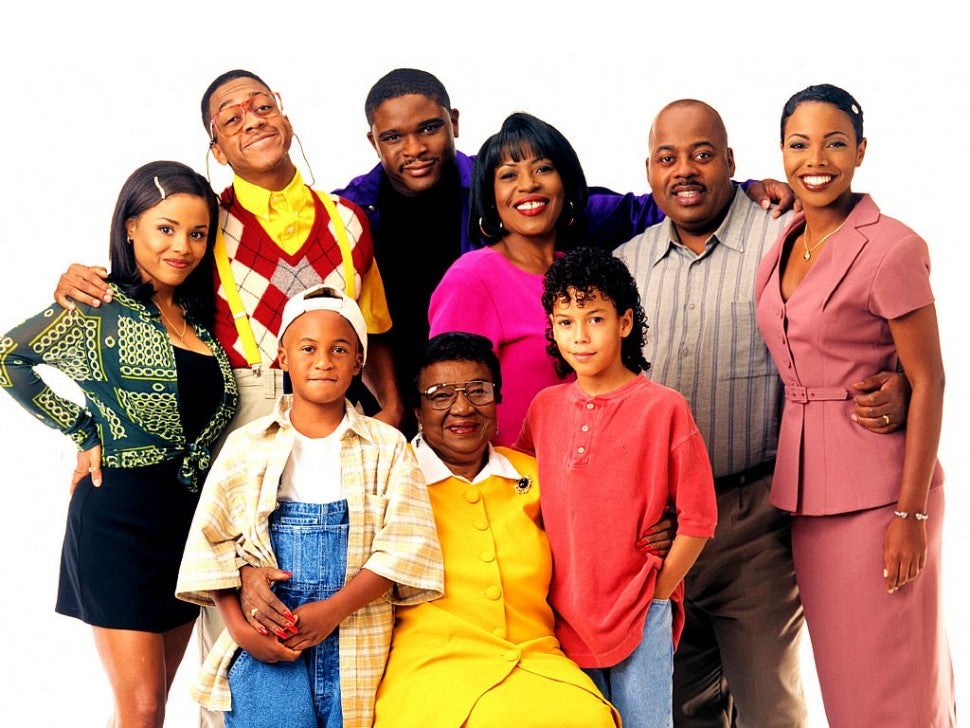 Thirty years later, it’s time we all admit it: Steve Urkel did do that. Jaleel White’s breakout blerd was years ahead of his time, even if his infatuation with Laura sometimes made him take things a little too far. The rare spinoff that surpassed its original show (Carl and Harriette Winslow began as characters on Perfect Strangers), Family Matters became an all-time classic as one of the best representations of a Black family on TV, staking out their own beloved spot in the predominantly white primetime landscape of the ’90s. And it was a major hit, too — the show ultimately ran for nine seasons, second to only The Jeffersons as the longest-running non-animated sitcom with a predominantly Black cast. 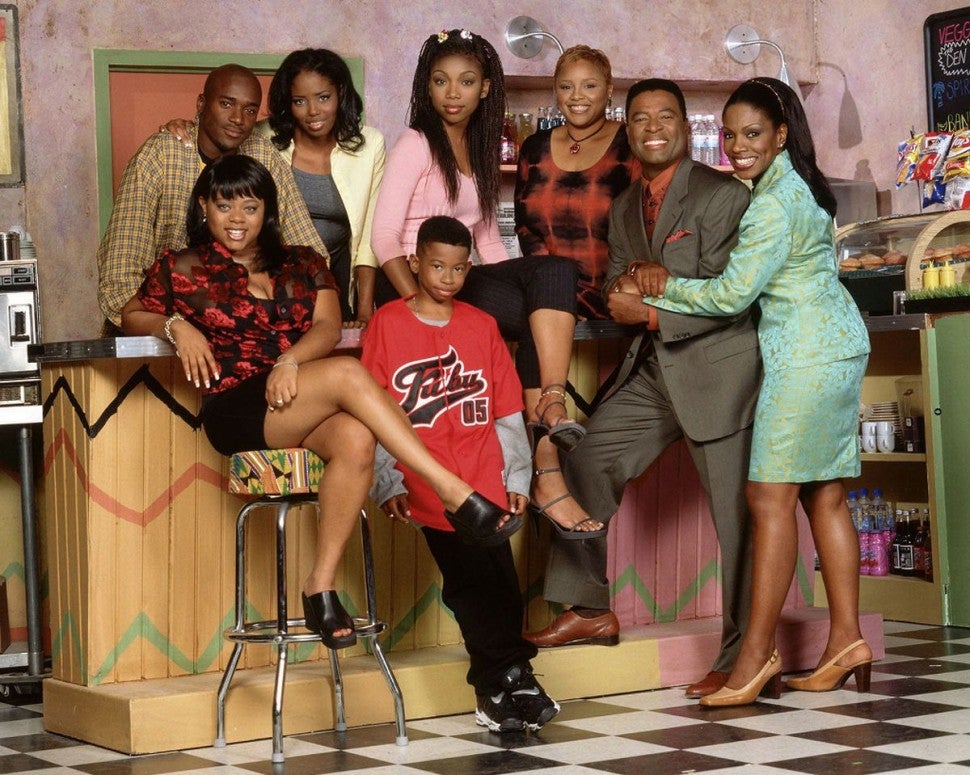 “‘Mo’ to the, ‘e’ to the…”Brandy was one of the biggest teen stars of the ’90s, with her very own leading sitcom role to prove it. The six-season UPN hit kept her star shining bright as a multi-talented performer through the late ’90s, and blessed fans with cameos from Usher, Master P, Ginuwine and nearly every other hip-hop and R&B star of the era. 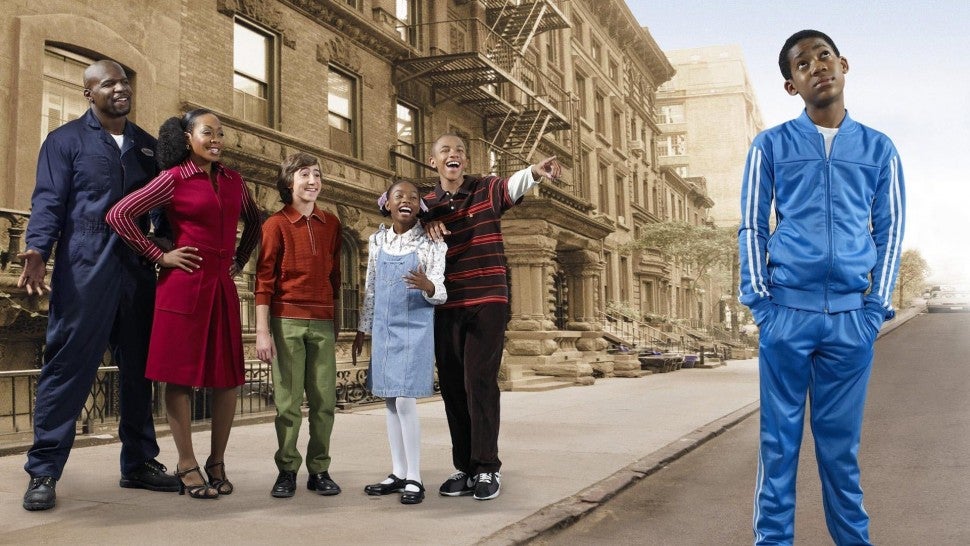 An underrated gem of the mid-aughts, Everybody Hates Chris was based on Chris Rock’s teenage years, starring Tyler James Williams as a younger version of the comic and SNL star — with Martin breakout Tichina Arnold and then-up-and-comer Terry Crews playing his parents. Interestingly, while the show was critically acclaimed in America, it is massively popular in Brazil for its depiction of a relatable working class Black family.

Stream Everybody Hates Chris on Peacock. 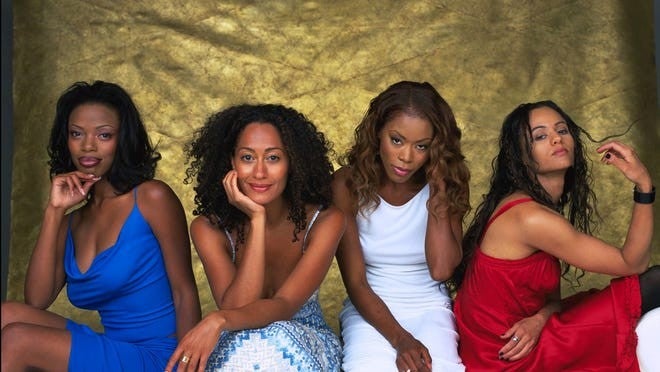 The aughts successor to Living Single, Girlfriends gave us a new group of gal pals — this time, living on the West Coast — eight seasons of big laughs, love drama, and the blessing that is Tracee Ellis Ross as a leading lady. They were there through thick and thin! 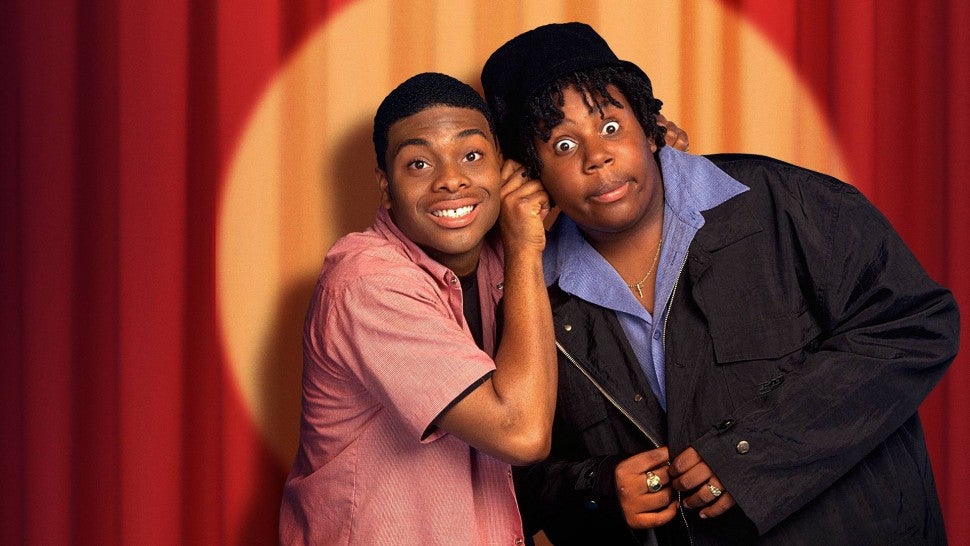 Aw, here it goes! For millennials, Kenan Thompson has always been a part of TV comedy culture — from All That breakout star to SNL’s longest-tenured cast member. His early years on Nickelodeon with Kel Mitchell are still a highlight, and Kenan & Kel featured the troublemaking friends at their best, coming up with hair-brained schemes and hilarious sketches. 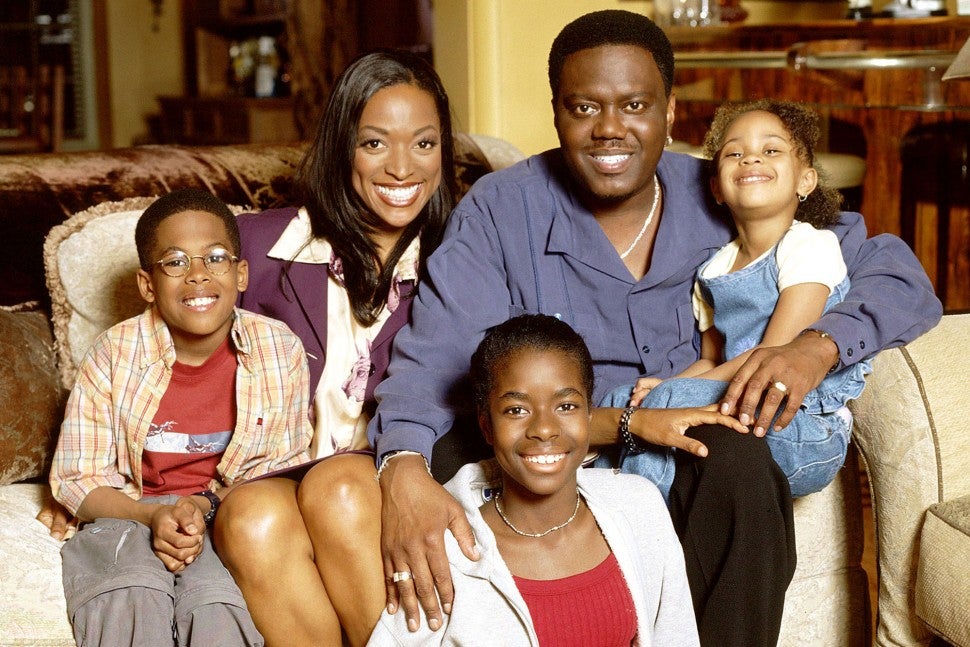 Based on the legendary comedy of the late Bernie Mac, this eponymous sitcom centered on a fictitious version of the brash standup taking custody of his sister’s three children — to often hilarious effect. The Peabody Award-winning series ran for five seasons on Fox, ending just two years before Mac’s untimely death in 2008. 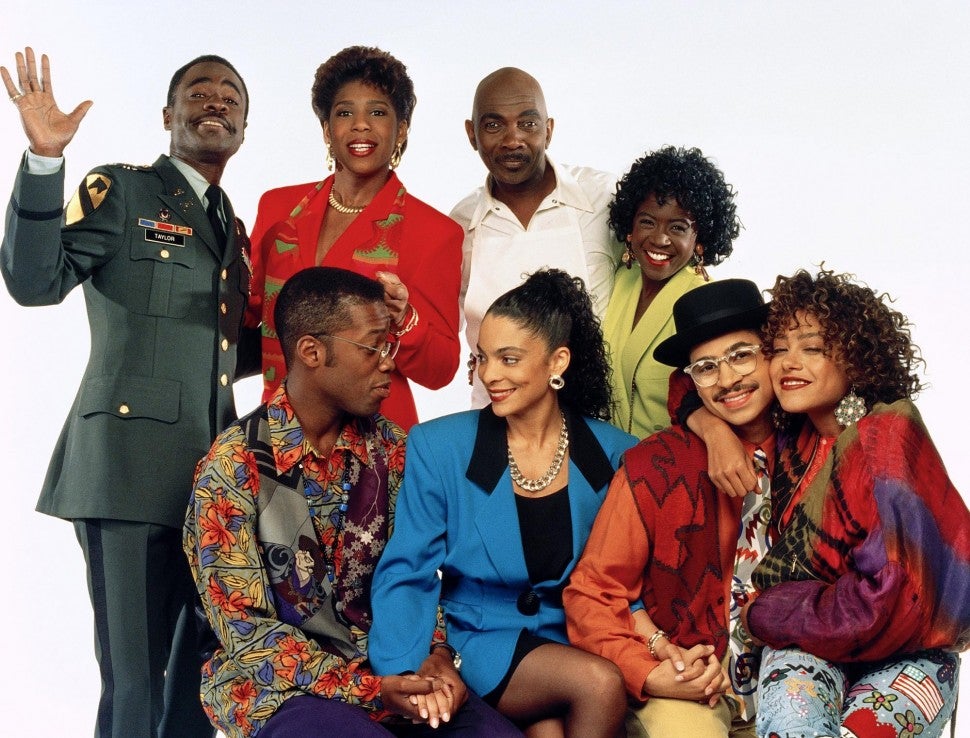 Originally a Cosby Show spinoff, A Different World followed Lisa Bonet’s Denise Huxtable to a fictional HBCU, Hillman College. However, when Bonet got pregnant following the show’s lackluster first season, Bill Cosby shut down new producer Debbie Allen’s plan to have Denise get pregnant on the show, instead removing her from the series altogether. Thankfully, Allen revitalized the show in a different way, finding success with fans when she shifted the focus to now-iconic characters like Jasmine Guy’s Whitney Gilbert and Kadeem Hardison’s Dwayne Wayne — as well as rising stars like Jada Pinkett Smith — over its next five seasons. 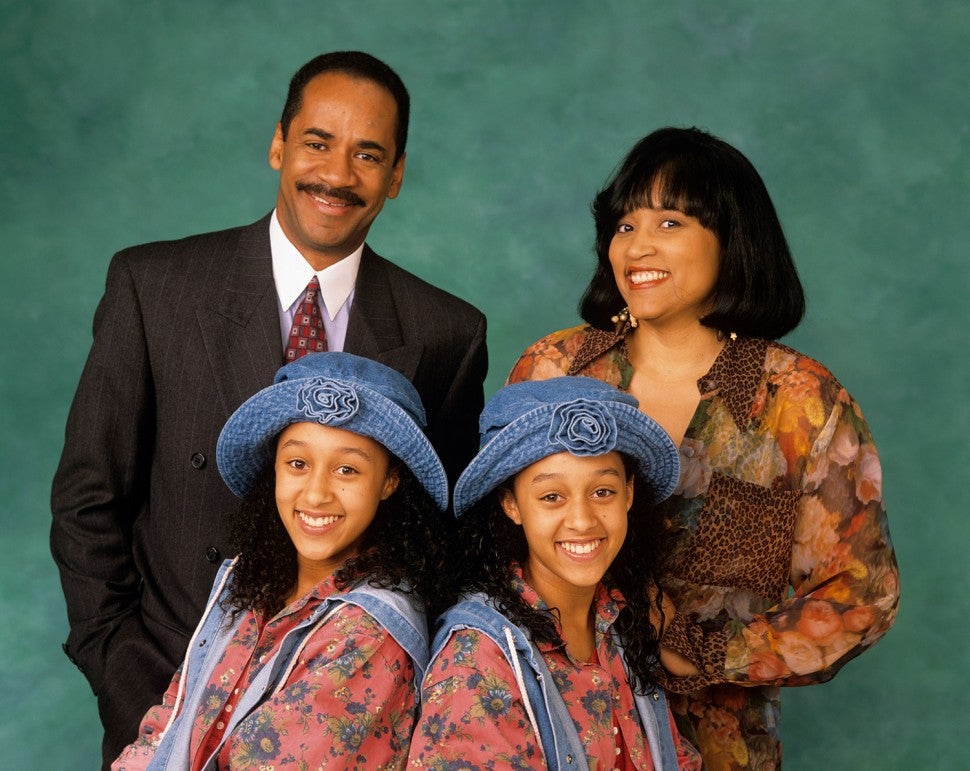 Tia and Tamera Mowry starred in this Parent Trap-style show, playing identical twins separated at birth. When the long-lost sisters meet as teenagers, their parents (Jackée Harry and Tim Reid) agree to move in together to keep the twins in each other’s lives, forming a makeshift family. The popular show ran for two seasons on ABC before switching over to The WB for seasons 3-6. 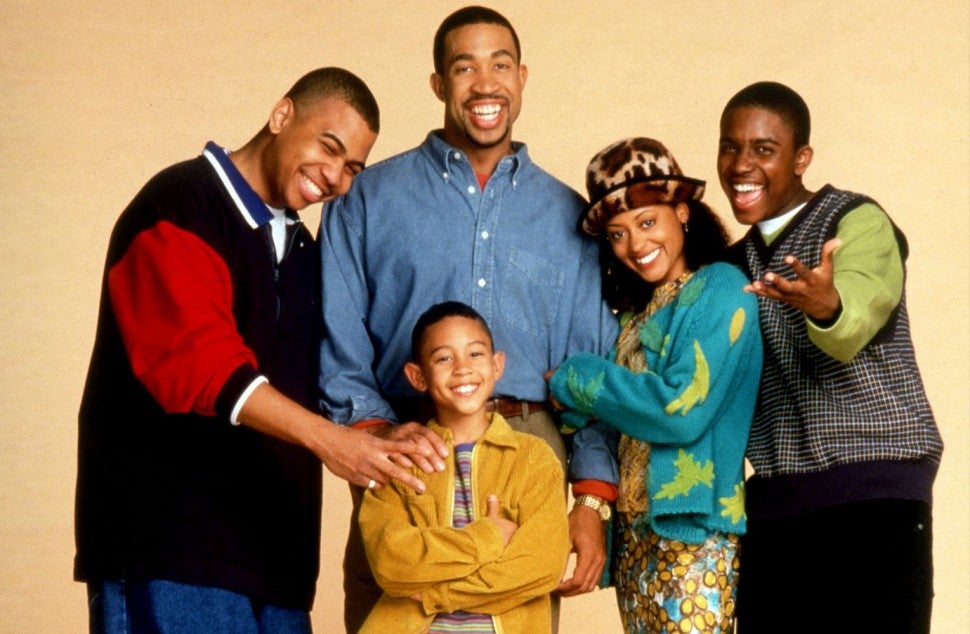 Not to be outdone, the Mowrys’ younger brother, Tahj, landed his own WB show in the late ’90s, playing a pint-sized genius who starts attending high school at age 10. While Smart Guy only ran for three seasons, it found a second life on the Disney Channel in the 2000s, launching Mowry to his next role: voicing another genius, Kim Possible’s Wade Load. 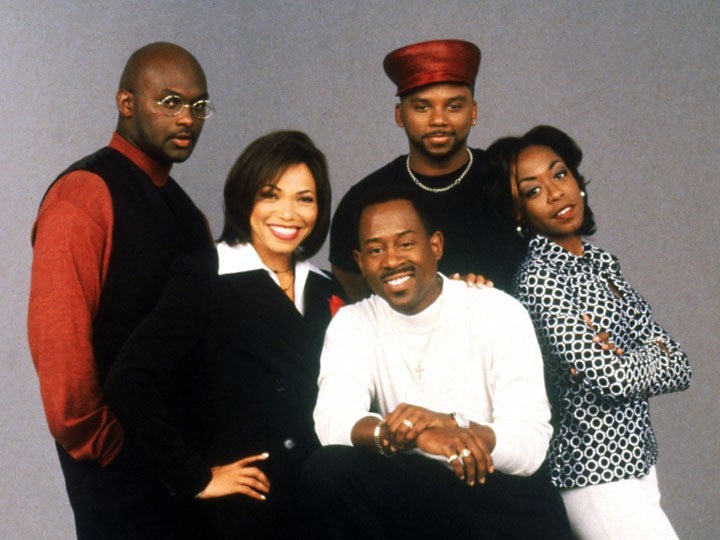 Based on the comedy and character work of titular star Martin Lawrence, Martin was one of Fox’s highest-rated sitcoms during the ‘90s. Fans loved the dynamic between the hilarious lead and his ladylove, Gina (played by Tisha Campbell), as well as his hate-hate relationship with Gina’s best friend, Pam (played by Tichina Arnold). The show ran for five seasons and featured appearances from popular Black comics like Charlie Murphy, David Alan Grier, Tommy Davidson and more. 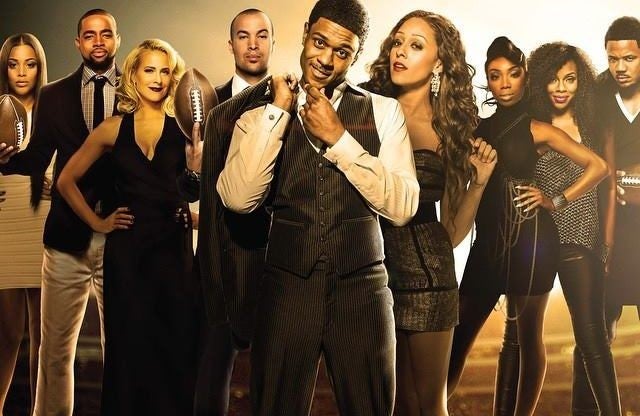 The show that could, The Game was one of a handful of original CW series that launched with the new network in 2006. The comedy, which starred Tia Mowry-Hardrict as a medical student who puts her career on hold to support her boyfriend, a star football player, aired for three seasons on The CW before being canceled. However, thanks to fan support, BET renewed and relaunched the show in 2011, where it ran for six more seasons, featuring stars like Brandy, Lauren London, Jay Ellis and more.

Stream The Game on Netflix. 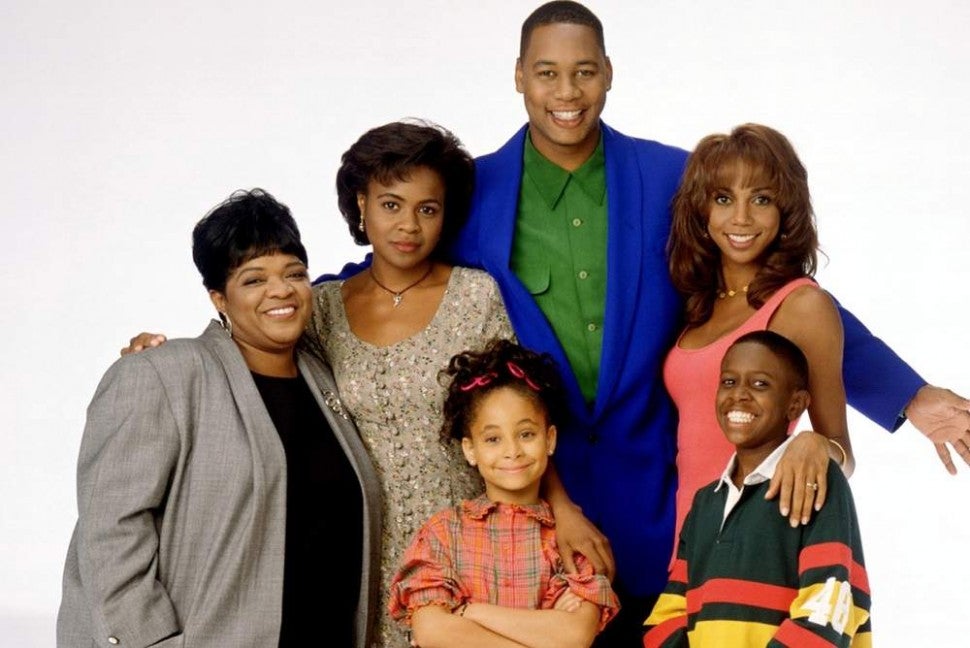 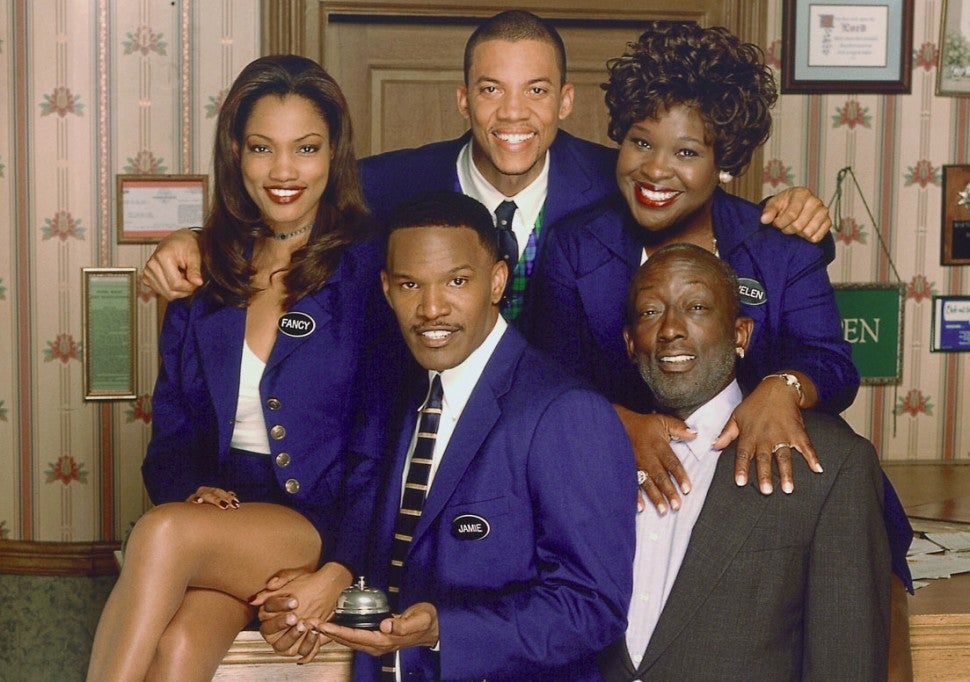 Before he was an Oscar winner, Jamie Foxx co-created this WB show in which he starred as aspiring musician Jamie King, who worked at his family’s Los Angeles hotel while trying to make it in the music industry. The five-season series also featured Garcelle Beauvais, Christopher B. Duncan, Ellia English and Garrett Morris, as well as cameos from Gladys Knight as Jamie’s mother, Janice. 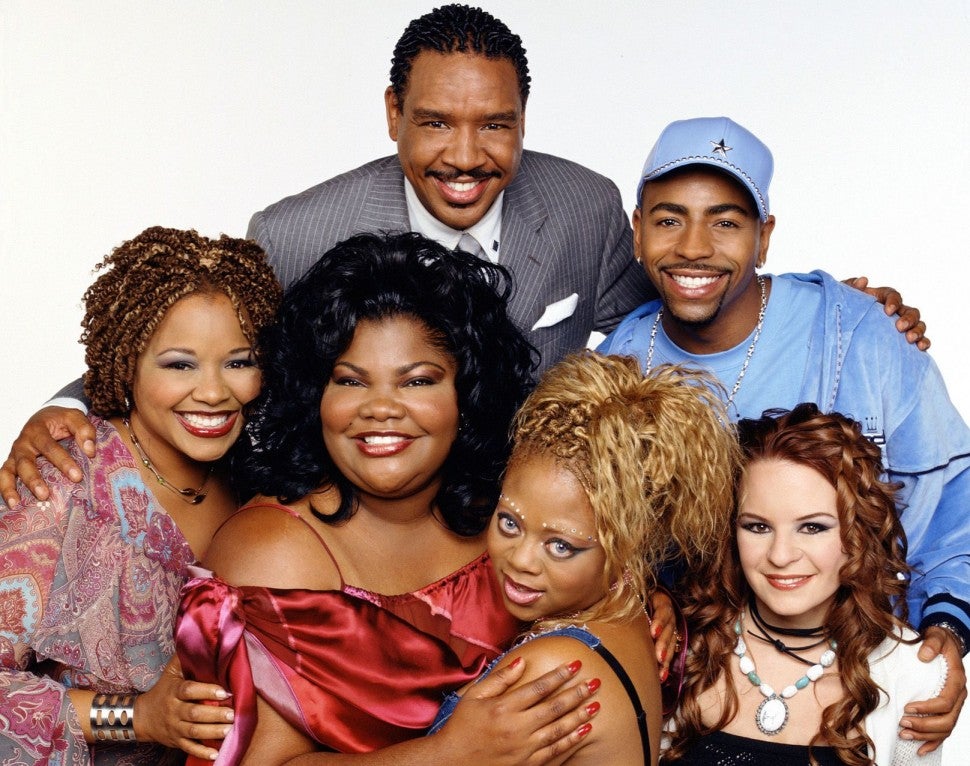 Countess Vaughn’s Moesha character, Kim Parker, spun off into her own UPN sitcom in 1999, which featured Kim and her mother, Nikki (Mo’Nique, in one of her first acting roles), attending Santa Monica College together, much to Kim’s initial mortification. The five-season sitcom also featured recurring roles from famous faces like Nickelodeon star Kel Mitchell and Saved by the Bell’s Lark Voorhies.

Stream The Parkers on Netflix.