Editor’s note: Filmmaker Nancy Kelly made her feature directorial debut in 1990 with the Western drama “Thousand Pieces of Gold.” A new 4K restoration by IndieCollect can currently be seen in virtual theaters via Kino Marquee. On the occasion of its new release, Kelly (along with IndieCollect’s Sandra Schulberg) wanted to share her reflections on her career both before and after its release.

Three years before I discovered Ruthanne Lum McCunn’s novel “Thousand Pieces of Gold,” I was making my living as a ranch hand. What was it that impelled me — from a working class background in a Massachusetts textile town — to pack up and head West? I had never even ridden a horse before, but I wanted an adventure. It was an impromptu decision that changed my life forever.

The cowboys didn’t know what to make of me — not much. But I broke my own horse, rode thirty miles a day on the open range, roped calves from horseback, and castrated them. In time and in their taciturn way, they finally admitted I was “good help” — their highest compliment.

When I read “Thousand Pieces of Gold,” I immediately saw it as a movie. I loved its story of a Chinese woman in the American West — an outsider like me and just as tough. In her book, Lum McCunn portrays a young Chinese woman she calls “Lalu,” whose desperately poor parents sell her into slavery. It’s based on a true story, and I learned there were many Lalus, although few vanquished their slavers.

Like my own fight to be accepted on the ranch, I wanted to celebrate Lalu’s grit on the big screen, just like in the Westerns I had long admired. Although nearly all directed by men, my favorites feature powerful leading women: “Destry Rides Again,” “Johnny Guitar,” “The Big Country,” “The Outlaw.” Women — including Dorothy Arzner, Lois Webber, and Grace Cunard — also directed Westerns, but few of those survive, evidence of how little they were valued.

During the six years I spent financing the movie with Kenji Yamamoto, my husband and filmmaking partner, I ran into plenty of sexism — sometimes blatant, but more often veiled. But I’d proven myself in a far more macho and male-dominated world. I saw show business folk as soft, desk-bound city types who couldn’t rope a calf to save their lives. It never occurred to me that breaking into the film industry would be harder than breaking a horse. I was wrong. 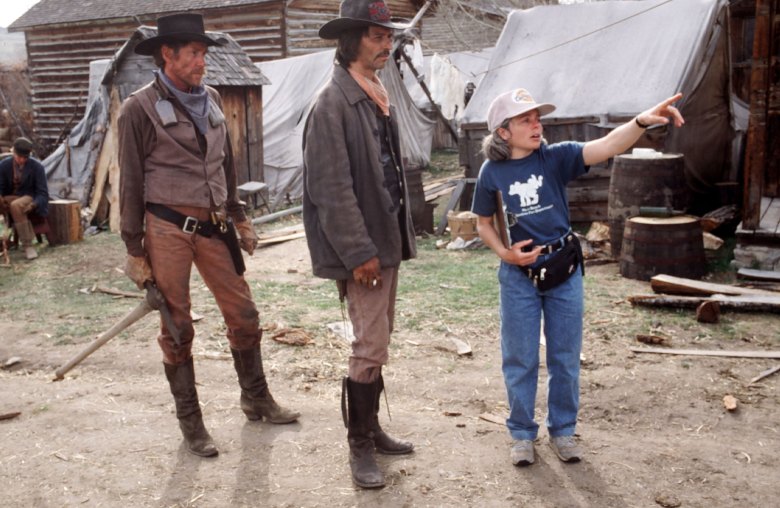 Nancy Kelly on the set of “Thousand Pieces of Gold”

Ultimately, I never did get support in Hollywood. Kenji and I had to go indie. We found our first investors in the San Francisco Bay area. The disruptive nature of the story, a woman director, a Japanese American producer, and a Chinese woman in the lead appealed to them, and with those funds, we hired Anne Makepeace to write the script.

People liked the script, so we were back in Hollywood, but the combination of a woman director and a woman lead (let alone a Chinese woman) was too risky. I remember one meeting with an interested producer. I had barely sat down when he said, “The trouble with this story is it’s girl meets boy. Now, if it was boy meets girl, I could see it.”

“That’s the whole point!,” I thought. “Women want to see stories about women.” But I didn’t bother to argue. Infuriated by his blindness, I gathered up my things and stomped out with him trailing behind, nonplussed.

Four years into this hellacious development period, a woman — the Sundance Institute’s Michelle Satter – aimed a ray of light in my direction. She invited Anne, Kenji, and me to the Screenwriting Lab. As Anne has written, Sundance was heaven. High in the glorious Wasatch Mountains, a group of stellar advisers — Robert Redford, Frank Pierson (“Dog Day Afternoon”), Tom Rickman (“Coal Miner’s Daughter”) — read the script and encouraged us to make the movie.

There was only one advisor who took me aside to recommend that we hire a man with a track record to direct. I believe I was listening but — cowgirl that I am — walked away more determined than ever.

Sundance’s imprimatur got the attention of Lindsay Law and Lynn Holst at American Playhouse. Sandra Schulberg, head of its international financing arm, was enthusiastic too. New Front Films, which she co-founded, had distributed one of my earlier documentaries, “A Cowhand’s Song.” The Playhouse mission was to finance independent films by new talents, giving first-timers like me a chance. I felt we’d found a home at last. And support from American Playhouse enabled us to attract Film Four in England and more private investors. Finally, as we say in rodeo, it was time to “open the chute!”

While directing my documentaries, I had learned to deter sexism by making sure every male crew member knew he owed his job to me. Making “Thousand Pieces of Gold” — a period piece on an indie budget — was very challenging, but it was a labor of love. Kenji and I, with co-producer Sarah Green, put together a cast and crew who knew I was the boss and respected me. For once, I didn’t have to fight chauvinism from anyone. 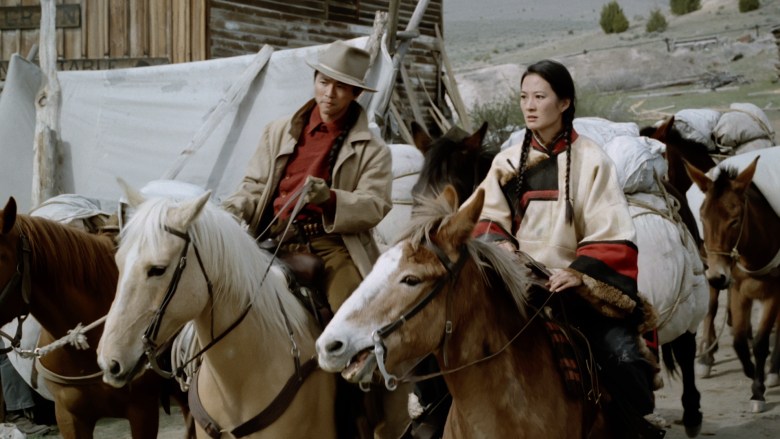 After “Thousand Pieces of Gold” was released, I got extraordinary reviews from critics, some of whom compared my talent to that of John Ford. My agent set up many many meetings, but I became a victim of prejudice. One producer bluntly told me, “You are a good director, too bad you’re a woman.”

I never got another feature film made. Despite having proven myself as a good director, the men who controlled the film industry would never see me, unlike my ranching buddies did, as “good help.”

I am part of a large group of women who never made a second feature. Why? The percentage of women doctors and women lawyers is now very close to parity, but the USC Annenberg Inclusion Institute’s most recent annual study, Inclusion in the Director’s Chair, found that in 2019 the number of women film directors was 10.6 percent. And that was a 13-year high! The Annenberg study also found that the ratio of male to female directors over the past 13 years is 20:1.

In her rousing 2018 Oscar acceptance speech, Frances McDormand said, “We all have stories to tell and projects we need financed. … Invite us into your office and we’ll tell you all about them.”

Thirty years later, with Kino Lorber re-releasing it, audiences can see that the stunning 4K digital restoration of “Thousand Pieces of Gold” that we did with Sandra Schulberg and IndieCollect still resonates today and they see how skilled I am as a director. A movie I have long wanted to make, “When We Were Cowgirls,” may be on the horizon.

As Frances McDormand said, invite me to your office and I’ll tell you about it.

Kino Lorber’s re-release of the new 4K restoration by IndieCollect of Nancy Kelly’s “Thousand Pieces of Gold” can currently be seen in virtual theaters via Kino Marquee.