Homes Under The Hammer: Martin Roberts says he's not leaving

Martin Roberts always says what he sees when it comes to looking around houses that need a little TLC. In a recent episode of Homes Under the Hammer, the property expert was forced to backtrack after he praised a three-bedroom property before realising why it had such a comparatively low guide price. The BBC presenter thought he had picked out a bargain until he noticed a huge structural problem which would pose a challenge for anyone taking on the property.

Martin began: “It was in May 2019 in the Derby suburb of Chaddesden where we first saw a house where perhaps we should have taken more notice of the signs.

“It’s this three-bedroom semi-detached had a guide price of £69,000, sounds like a goody.”

The Homes Under the Hammer host was impressed with the property as the average price of thee-bedroom houses in the area was £160,000.

“Nice little entrance area here – always keeps the noise and the wind out,” he continued as he entered the house. 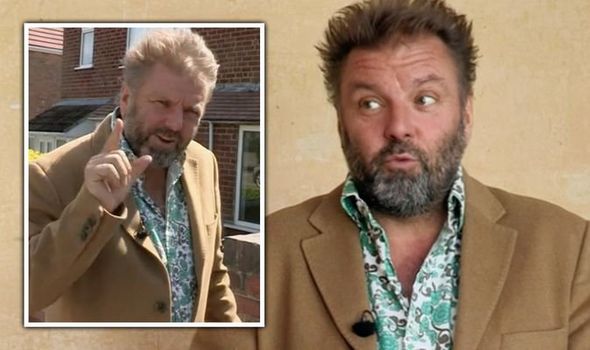 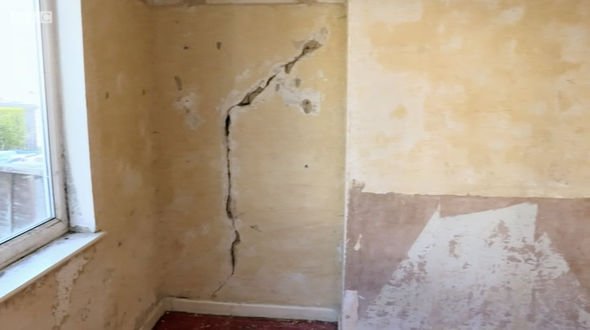 “And then into, what, straight away is obviously a house that needs a little bit of renovation.

“But it doesn’t smell damp, nothing too untoward I don’t think. I think I spoke too soon.

“This is the front living room and that is a very big crack. So the reason behind that low guide price was becoming clear as was the brickwork behind the plaster.

“Definitely, it was one to have a structural engineer in to have a look at it.” 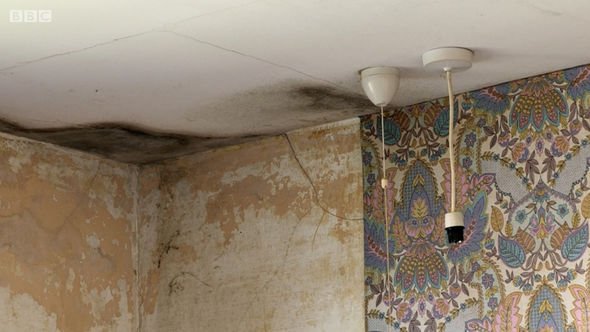 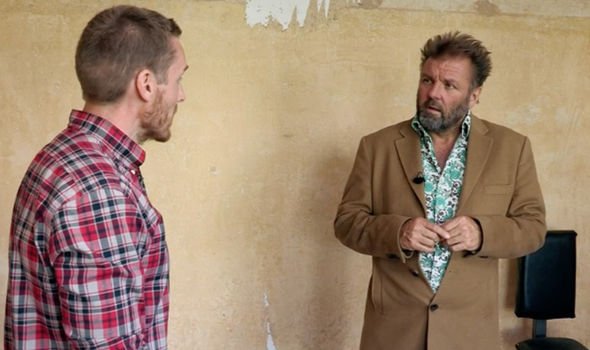 “You’ve got a lot of space in this property, but it’s a classic case of ‘I don’t think it’s being used to it’s best advantage,’” Martin explained.

“That’s obviously you’re rear sitting room and then through into the kitchen which has got this bathroom off it as well.

“I’d quite like that to be accessed in a slightly different way. It’s not ideal to have it straight off the kitchen and obviously, I think these units are past their peak.

“But, this wall, normally I’d be saying ‘open this up’, the slight issue you’ve got, is if you look on the other side, you’ve got that fireplace, so you’ve got a chimney stack there.

DON’T MISS
A Place in the Sun buyer breaks down in tears before search begins [VIDEO]
A Place in the Sun: Jonnie Irwin stunned as couple walk away from home [INSIGHT]
A Place In The Sun halts filming over buyer’s ‘sobbing’, host reveals [INTERVIEW]

“So that’s obviously that’s a chimney breast, so taking that wall out isn’t going to be a five-minute job. You’ve got to think that one through – is it worth doing?”

“So potentially another structural change to add to the list,” the expert said.

Martin finished off his tour of the property by pointing out it needed new central heating and double glazing before explaining there was a second crack in the wall above the crack below.

Later in the show, Martin spoke to Richard who purchased the property for £113,000 at auction.

The property buyer revealed he believed the crack was superficial after viewing the house previously with his dad who was a structural engineer.

After the renovations, Martin caught up with Richard who revealed the project took him a lot longer than he’d first thought but was pleased to say the house was being put on the market at just under £200,000.

The Homes Under the Hammer presenter was impressed with the final result and Richard potentially making a sizeable profit from the £132,600 he spent in total.

Homes Under the Hammer airs weekdays on BBC One at 10am.