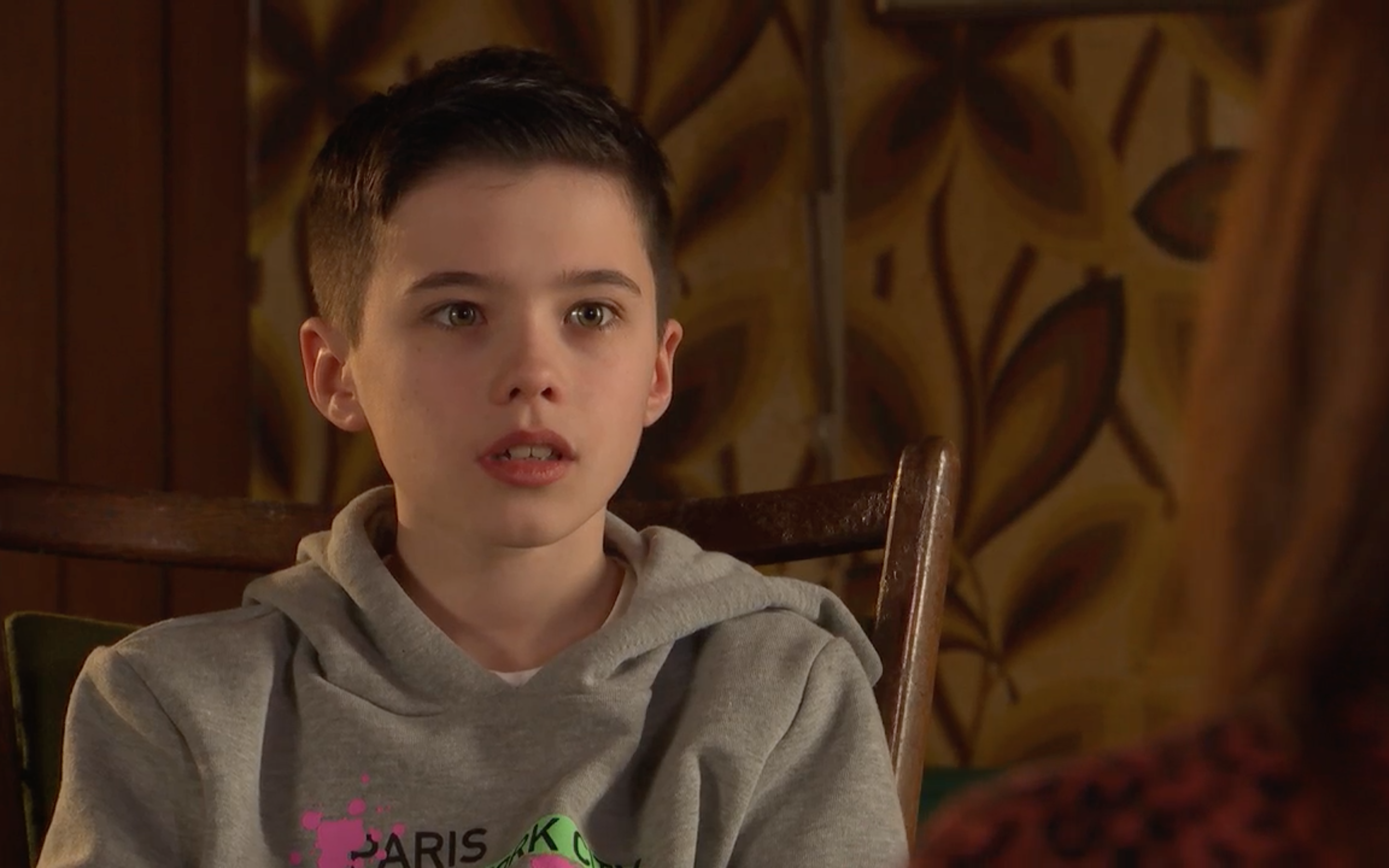 Bobby Costello (Jayden Fox) makes an explosive return to Hollyoaks next week, and his behaviour gives Mercedes (Jennifer Metcalfe) cause for concern.

The young boy has been acting out of character, saying and doing rather disturbing things, since he left Sylver (David Tag) to die during the blaze at Salon De The.

Viewers will know that he’s being controlled and manipulated by his killer granddad Silas Blissett (Jeff Rawle), who has been communicating with him online.

Mercedes, however, has no idea, but it’s safe to say that she was worried about his behaviour, after he inadvertently injured Zoe Anderson (Garcia Brown) and failed to show little remorse for what he did.

The former landlady resolved to spend some time apart from her son in a bid to give him what he needs, and thus sent him off to live with Wendy (Jennifer Armour).

Little did she know, however, that Wendy is in cahoots with Silas.

Mercedes has been struggling in her son’s absence, and next week, she attempts to distract herself by doing a rigorous workout with Goldie (Chelsee Healey).

But the duo soon manage to smash Bobby’s tablet!

After the dramatic scenes, Mercedes resolves to go and see Bobby, but she soon finds out that he is preparing to pay her a visit.

Ahead of her son’s comeback, she packs up a plethora of goodies. Bobby, however, is acting a little different.

The question is: why? What has happened since he left the village? Has Silas continued to manipulate and control him? Has Wendy, for that matter?

The answers to these questions remain to be seen.

The little boy, however, spends the day shopping with Mercedes, and when he asks to buy a surprise gift, Mercy is taken aback.

The item in question, Mercedes thinks, is a gold ‘M’. But how will she react when she finds out who it’s really for?