Holby City viewers were devastated when it was revealed Essie Di Luca (played by Kaye Wragg) had terminal cancer on the long-running medical drama. Now, the nurse’s exit has seemingly been sealed ahead of her wedding to Sacha Levy (Bob Barrett) . Here’s everything revealed about her death so far on the show.

Essie has had a hard few months on Holby City after the beloved nurse was diagnosed with cancer.

Deciding she could not waste any more time, she declared her love for Sacha and the pair decided to get married.

In tonight’s (August 11) episode of Holby City, viewers will see the pair preparing for their upcoming nuptials.

Knowing they have no time to waste, the pair will be rushing to get the details ironed out as quickly as possible. 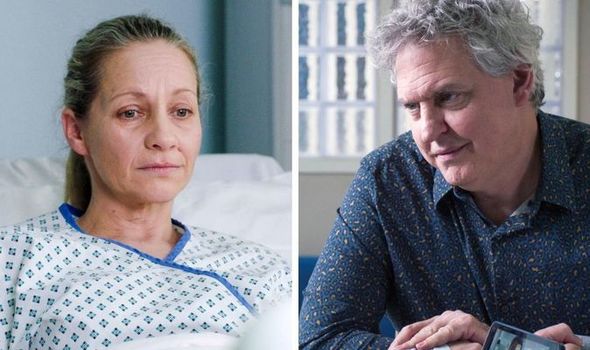 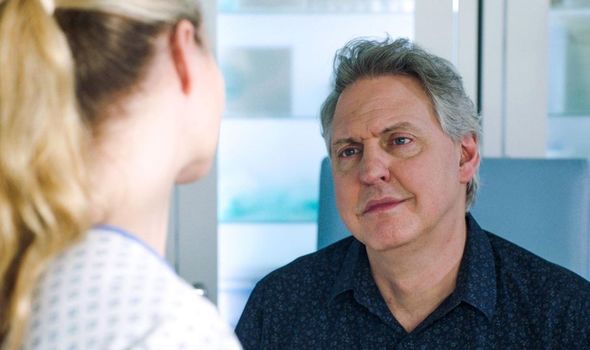 However, some are worried it all might be too much for Essie and a happy ending for the pair might not be on the cards.

This is because her tragic diagnosis has left her weak, which might make it too hard to head down the aisle.

There are plenty of hints this might be the end for Essie on the long-running drama after her co-star dropped a big hint recently.

Joe McFadden, who played her late husband Raf di Luca, revealed as much in a video on the BBC website. 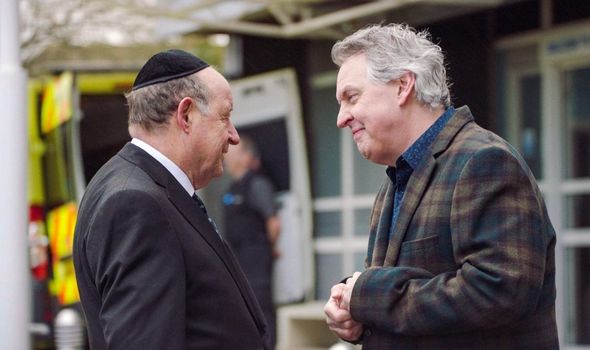 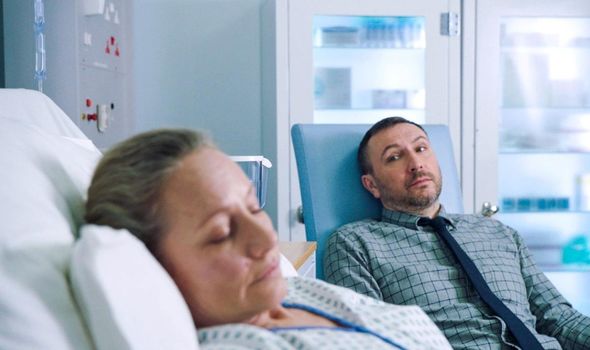 He recently reprised his role as a figment of Essie’s imagination to urge her to make the most of the time she had left.

In the video for the BBC he revealed he was back for her exit storyline, confirming this is the end of the line for Essie.

McFadden said: “So I’m back on Holby somehow. I never thought I’d see the day!

“I come back for Essie’s exit storyline. I can’t really give too much away.

“But yeah, I’m coming back as a part-ghost part-figment of her imagination, helping her make decisions and deal with the troubling times that she’s going through.”

Essie actor Kaye Wragg has also opened up about her storyline on the show, hinting what’s next for her in the series.

She told What’s On TV: “Essie’s suffered a lot of trauma in her life that’s left her on her own.

“She lost her parents, her grandfather was a Nazi war criminal, she couldn’t have children and her husband, Raf, was killed.

“For years, Sacha and Essie should have been together – and now they finally are.

“This is a story of friendship, fighting for survival and explores the headspace that having cancer puts you in.

“Essie’s had her life put on a plate in front of her and she’s realised it’s about holding onto what’s important.”

Just what will happen to her beloved character will all be revealed in tonight’s episode of the medical show.

And fans will just have to hope it will not end on a cliffhanger as the show begins an extended absence until autumn after the episode.

Holby City airs on BBC One tonight (August 11) at 8pm.