Standing on the grassy banks of a picturesque valley in the Cotswolds, Laura's weather report to Adil Ray and Ranvir Singh back in the studio was interrupted. 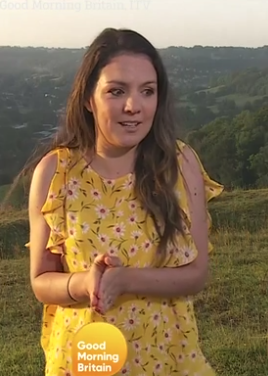 Laura grew wide-eyed as a herd of cows milled around her with some getting so close they knocked the camera.

She said: "Sorry, they're getting really really close to us. It's sniffing everything.

"Oh my god, I've never been so scared in my life. There was a massive one and it sniffed everything and knocked the camera.

"They're all staring at us." 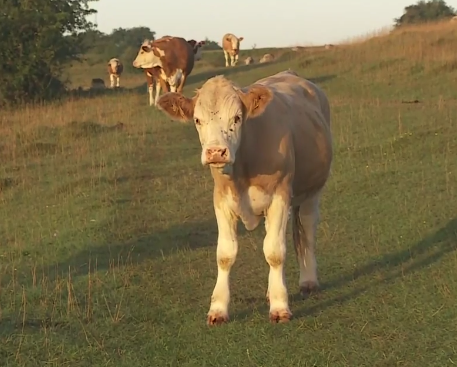 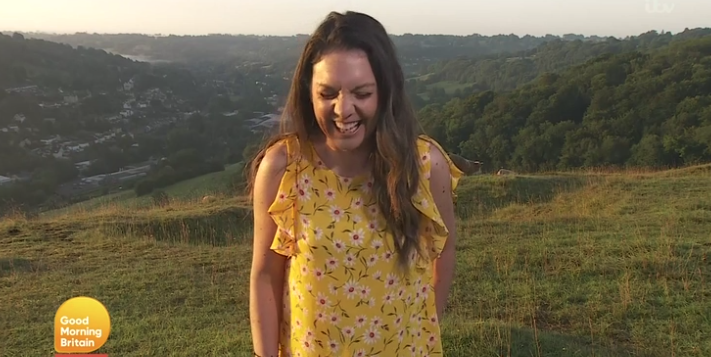 Adil and Ranvir found it hilarious and didn't make matters any better as they warned Laura to be careful around protective cattle looking after their calves.

"Laura, where are you parked, can you make a run for it if you need to?" joked Ranvir.

While Adil told her: "They are boxing you in – they are definitely planning something!"

The weather reporter managed to laugh it off though, and the beautiful view made the hairy moment worthwhile.

And viewers found it hilarious with one writing on Twitter: "Oh dear, @GMB have had their weather outside broadcast invaded by cows! It’s hilarious."

Another posted: "This Weather forecast is brilliant with the Cows walking around Laura."