Good Morning Britain viewers were not the only ones left confused by Dr Hilary Jones’ self-isolation advice, the panel, led by Susanna Reid and Adil Ray OBE, were also in disbelief at some of his comments. The resident medic spoke about the timeframe someone would need to spend in isolation should they have a positive coronavirus test, despite being double vaccinated.

“That’s news to me,” she remarked and Dr Hilary added: “I believe that’s the case.”

Adil could be heard saying: “What?” And Susanna tentatively said: “I don’t think that’s the case because currently we are being told to isolate.” 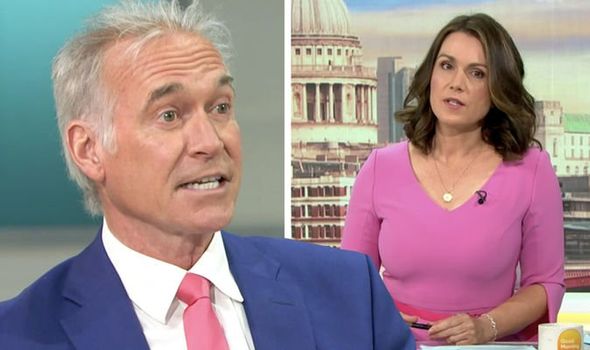 “If you have been double jabbed with those vaccines, you don’t need to self-isolate,” the doctor reiterated.

Adil wondered: “Is that a suggestion, are they talking about it?”

“I think so,” Dr Hilary replied and he added: “That’s a suggestion, I don’t think they are the current official guidelines.”

“I’ll check and come back to you,” Dr Hilary concluded.

One said: “#GMB Dr Hilary does not have a clue!”

“Just turned on #GMB and Susanna is trying to justify the fact that Dr Hilary does not know the rules about jabs and isolating absolutely appalling,” someone else remarked.

A third added: “Dr Hilary having to do a quick moonwalk there after saying double jabbers don’t have to self isolate @gmb.” 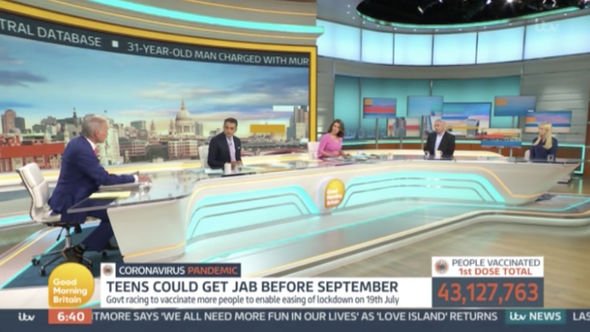 One tweet read: “Just turned on #GMB and Susanna is trying to justify the fact that Dr Hilary does not know the rules about jabs and isolating absolutely appalling.”

According to the gov.uk website, the advice for someone who has “received one or more doses of COVID-19 vaccine” are told to follow the original self-isolation advice.

“This will reduce the risk of spreading infection and help to protect other people.”

Dr Hilary was also on hand to discuss the Scottish and English football teams having to self-isolate following a positive test result amongst the footballers.

“It’s no surprise a large number of people are not abiding by the sensible guidance in the middle of a global pandemic to protect the population that hasn’t yet been vaccinated and those who can’t be vaccinated,” he argued.

Adil replied: “With the Scotland squad, what I don’t understand is, there’s the time on the pitch, okay fine, you might argue that’s outside.

“But then being in the dressing room, changing rooms, using the same toilets, on the bus, the bus to the hotel, then at the hotel, it doesn’t make any [sense].

“I understand football it is a whole different ball game and we need to protect football, but it’s the messaging isn’t it? Each and every one of us really want to get out of and live our freedoms but we have to abide by the rules. Now, when football fans, and there are lots of them, see this, ‘hang on, it’s one rule for them, if they’re doing it, I’m going to apply that rule to my scenario’. If we all did that we would be in trouble.”

The professional said: “Bill Shankley said ‘football is more important than life and death’ and they’re just acting as if that’s true.”