'General Hospital': Here's Why Fans Believe Rebecca Budig Could Be Returning as Hayden

Rebecca Budig is an adored soap star across the multiple shows she has been in. The veteran actress, who was recently starring on General Hospital as Hayden Barnes, is missed in Port Charles. Many fans hope she returns to the show and believe that a flashback in an episode from this could mean she is on the way back. 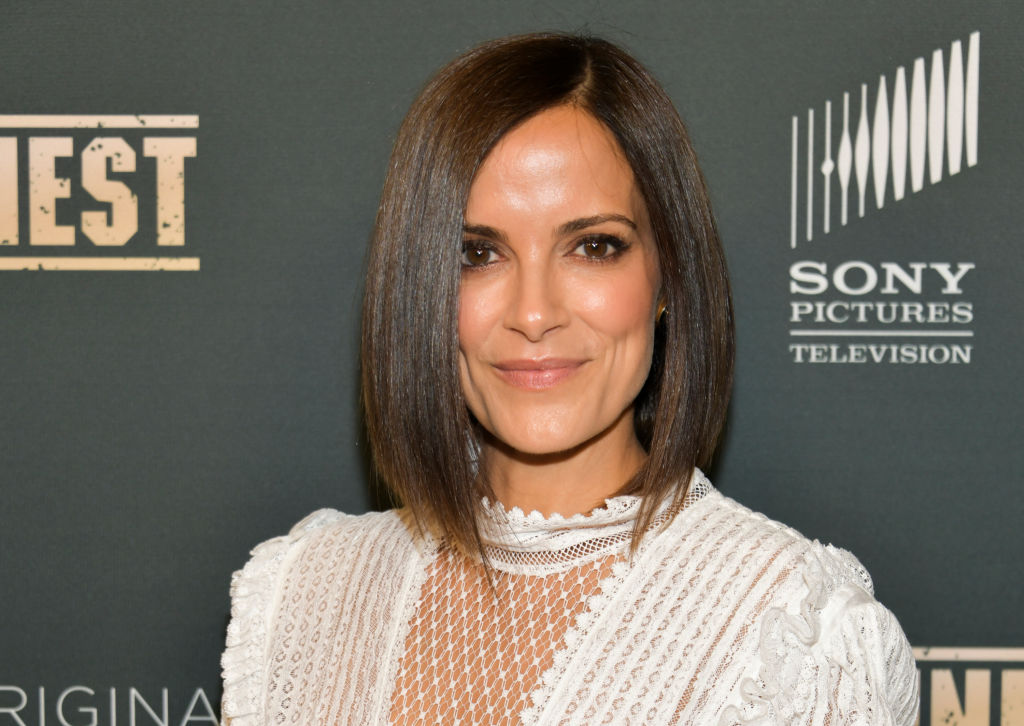 Barnes was featured in Wednesday’s episode, but not how you think. These were not new scenes featuring Rebecca Budig as the character, but rather flashback scenes.

The occasion was the birthday of Barnes and Hamilton Finn (Michael Easton)’s daughter, Violet. She hoped her mom would be there for her birthday but she’s still on the run. During the episode, viewers saw scenes with Barnes with Finn and her with Violet.

Last seen on the show in November 2019, the character is currently on the run after getting into some trouble. Nikolas Cassadine set up a fake assault to ensure that she would leave town and be safe from Valentin Cassadine.. She left Port Charles, leaving Violet with Hamilton and Anna Devane, and has remained on the run ever since.

Typically, mentioning characters and showing them in flashbacks often means that they could be returning to the show, This is why many people think that there is a chance that Hayden could be coming back.

Fans really want Hayden to be back on the show

Viewers seemed to be in consensus that the flashbacks were not enough and only added salt on the wound. Fans of the show want Hayden back on the show very soon.

Going into the weekend like..📷by Charlotte

“Hayden made Finn were simply the perfect pair, the perfect ten. I miss them terribly and want them back,” tweeted a viewer.

“Wow, I got fooled. Only watched #GH bc I saw Hayden and thought RBu returned only to find out it was flashbacks,” said another person.

One fan also thought about more characters returning to the show as well, tweeting, “Currently watching today’s episode of #GH and it’s something different about this episode. Three characters were in throwback sequences, Spencer, Dante, and Hayden. Does this means [sic] one or two of these characters are coming back?”

Related posts:
How Meghan Markle & Prince Harry Will Celebrate Archie’s 1st Birthday In May Amidst Quarantine
‘RHOBH’s Erika Jayne Reveals Which Former Cast Member She Wants To See Return Full-Time
Popular News
Two tigers fight on their hind legs in front of group of tourists
16/07/2020
Man Utd wonderkid Ramon Calliste, called ‘the next Giggs’, now owns luxury watch business and makes £5m a year – The Sun
26/03/2020
Megan Thee Stallion Addresses Criticism Over Twerking: ‘I Love to Shake My A**’
26/03/2020
Police guard shops to stop coronavirus panic-buyers and enforce social distancing – The Sun
26/03/2020
Coronavirus: Good Morning Britain’s Dr Hilary reveals ‘game-changing’ self-testing kit
26/03/2020
Recent Posts
This website uses cookies to improve your user experience and to provide you with advertisements that are relevant to your interests. By continuing to browse the site you are agreeing to our use of cookies.Ok