GEMMA Collins channelled her inner Audrey Hepburn as she posed in a chic outfit while modelling her new In The Style curve collection.

The 39-year-old star announced the range on her Instagram Story this evening, offering a sneak peek with a series of stunning snaps. 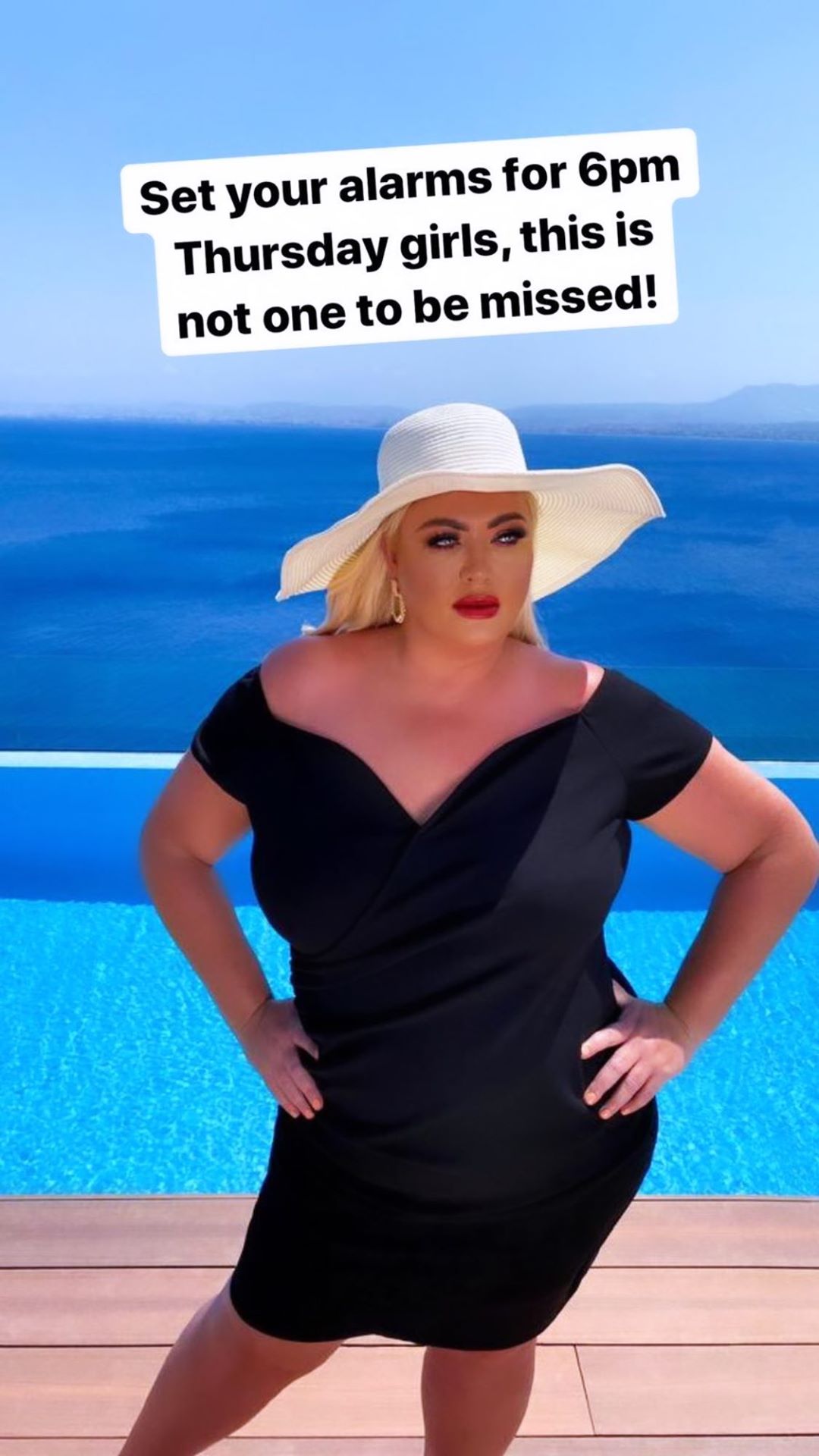 In one photo, Gemma is embracing a more vintage look in a little black dress.

The off-the-shoulder dress falls to her knees, with a sweetheart neckline adding to the sophisticated vibe.

She has teamed the outfit with an oversized sunhat and bright red lipstick, with heavy eyeliner completing her groomed look.

The outfit stood out from the rest of the collection, which appeared to be more casual – including a variety of tops and sundresses. 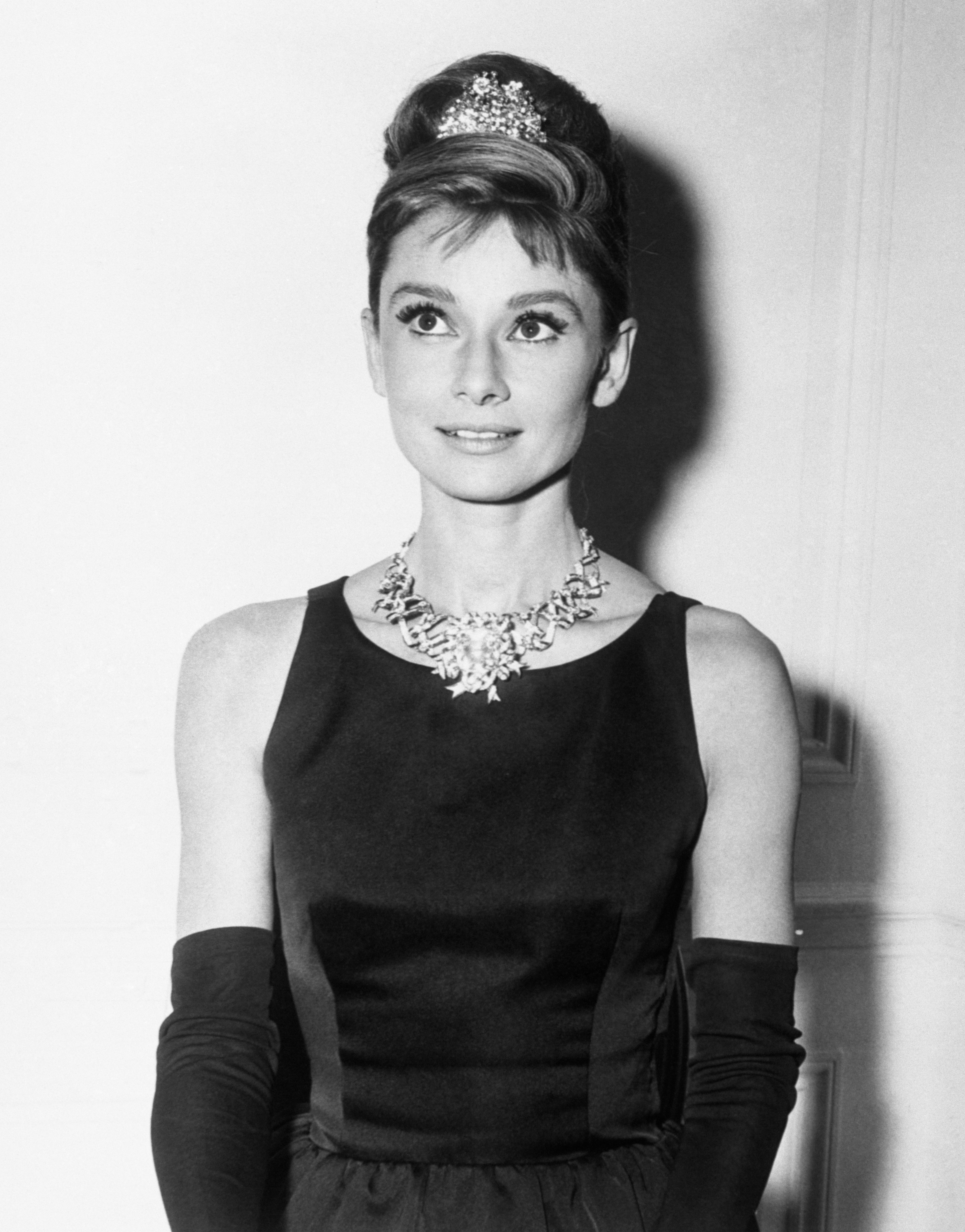 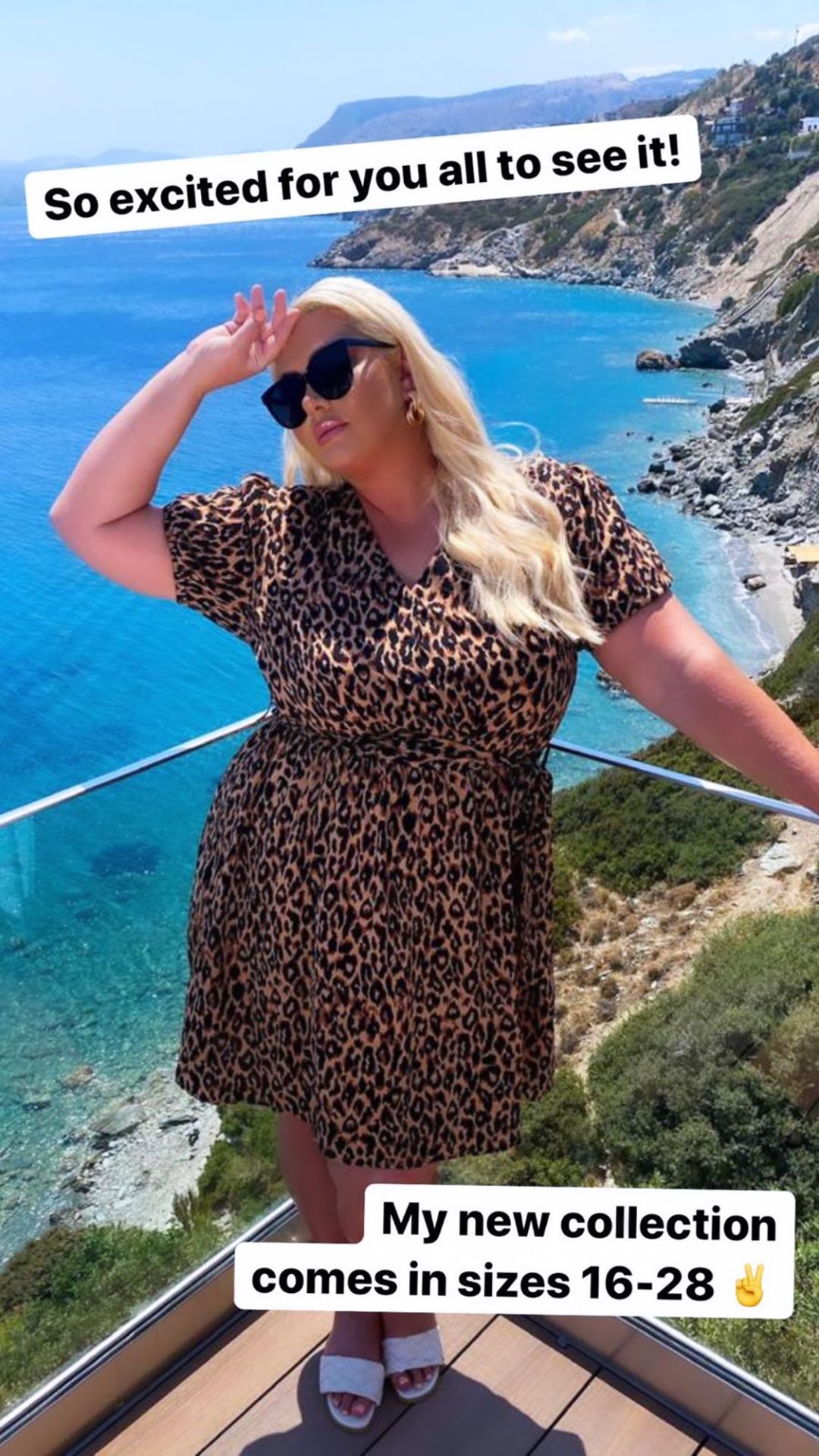 The GC has also shown a love of leopard print with the items, sharing pictures of herself in a leopard print sundress and an off-the-shoulder ruffled top.

There is also a stunning floral print top, which she teamed with ripped jeans, as Gemma warned her followers that this is not a range to be missed.

"So excited to let you all know I have a new In The Style curve exclusive collection launching on Thursday. 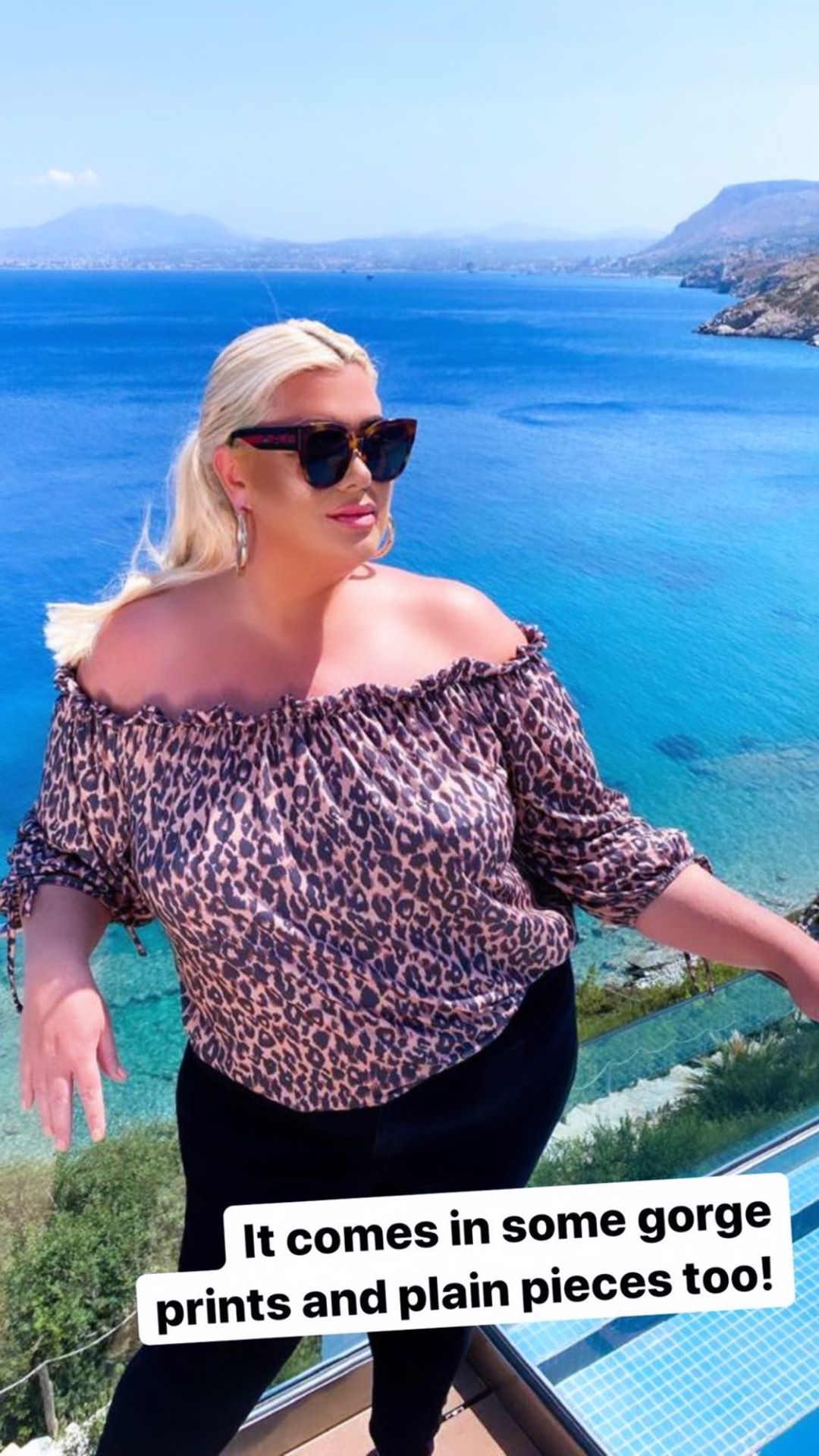 "So excited for you all to see it.

"My new collection comes in sizes 16 – 28, it comes in some gorge prints and plain pieces too.

"Set your alarms for 6pm Thursday girls, this is not one to be missed!" 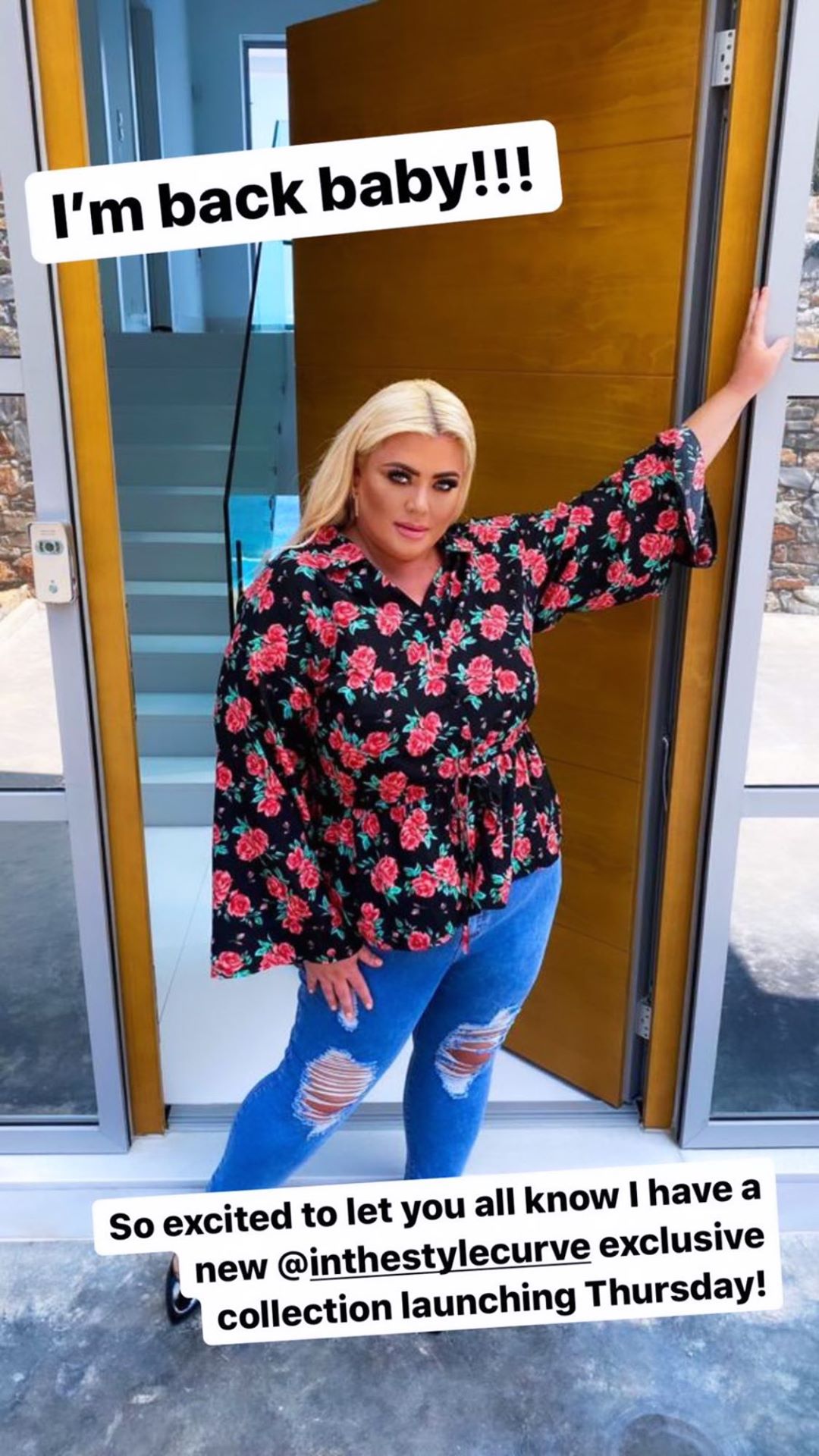 The announcement comes after Gemma stuck two fingers up at clothing brands who wouldn't dress her size 16 body in the early days of Towie.

Reflecting on the show after its 10-year anniversary special, the star told fans: "I was never the prettiest girl on the show. I never had the best body.

"Obviously I was confident when I went on the show, but a lot of clothing brands wouldn't lend me their clothing because they said I was too fat.

"I was a size 14/16, and you know I'm bigger now, and basically I've got my own clothing brand. So to everyone who wouldn't lend me clothing or put me in their brands, what you got to say now, huns?"

Related posts:
Ethan Is Supreme, Makeup Influencer and YouTuber, Dies at 17
Knots Landing's Kevin Dobson dies at 77 after 'struggling with an autoimmune deficiency'
Popular News
Tiffany Haddish Has Been Spending More Time at Boyfriend Common’s Home Than Her Own
21/09/2020
Man Utd wonderkid Ramon Calliste, called ‘the next Giggs’, now owns luxury watch business and makes £5m a year – The Sun
26/03/2020
Megan Thee Stallion Addresses Criticism Over Twerking: ‘I Love to Shake My A**’
26/03/2020
Police guard shops to stop coronavirus panic-buyers and enforce social distancing – The Sun
26/03/2020
Coronavirus: Good Morning Britain’s Dr Hilary reveals ‘game-changing’ self-testing kit
26/03/2020
Recent Posts
This website uses cookies to improve your user experience and to provide you with advertisements that are relevant to your interests. By continuing to browse the site you are agreeing to our use of cookies.Ok