Home » TV and Movies » Gangs of London: How were the fight scenes created? Was a stunt double used?

Gangs of London: How were the fight scenes created? Was a stunt double used?

Gangs of London is due to air on Sky Atlantic on April 23 and the series follows the most powerful gang in modern-day London. In the series, Sope Dirisu takes on the role of Elliot Finch, a down-and-out who finds himself embroiled in the deeds of the notorious Wallace family. Joe Cole plays Sean Wallace, the son of a famous gang leader who was killed, and the two characters have some incredible fight scenes throughout the series.

The already critically acclaimed series has stood out from the rest because of its fast-paced and intensely graphic fight scenes, which are definitely not for the faint-hearted.

Viewers will undoubtedly be left on the edge of their seats as they witness Elliot Finch get caught up in violent and action-packed scenes.

The fight scenes are so unflinchingly intense that fans are bound to be left wondering what Dirisu put himself through to make them seem so real.

The actor spoke exclusively to the media, including Express.co.uk, to give behind the scenes insight on what happened during filming.

He said: “Elliot has the appearance of being a nobody who is right at the bottom of the hierarchy, his ambition to rise through the ranks of the gang just to be relevant and be Shaun’s right-hand man in his goal. 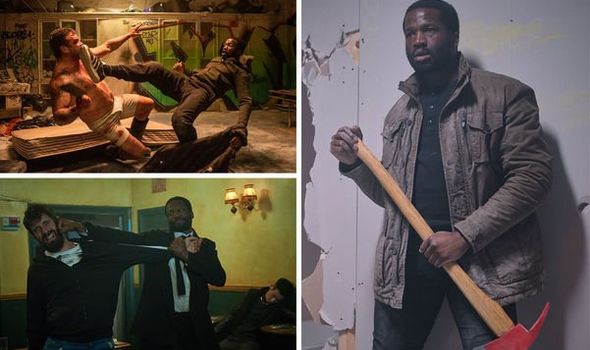 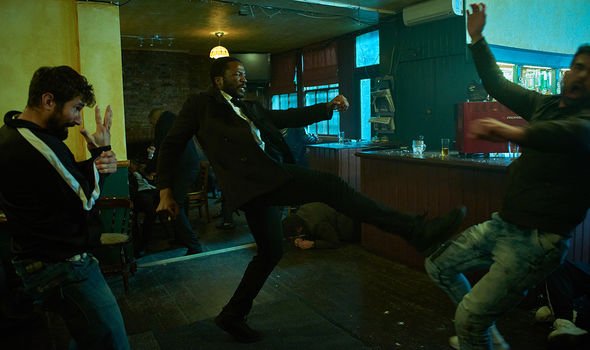 “I have a background of doing a lot of contact spot and I did karate and judo when I was younger, I had a willingness to put my body through stuff.”

Yes, Dirisu did in fact do a lot of the fighting himself in these violent scenes, and stunt doubles were only used for the most complex and dangerous of moves.

He said: “When I auditioned they said I was off to do a fight test. I had a personal trainer and in a month my body transformed from a has-been to someone who could hold his own weight.”

The cast said it took four days to shoot each fight scene, and they were four really intense days, but Dirisu said it was a joy to take part.

He said: “I felt looked after and Gareth [Evans] knew I wanted to be the guy. For the more brutal incidents I had a stunt double but for the majority of the cuts it’s me.

“I wanted to feel it and I wanted to know what Elliot was going through.” 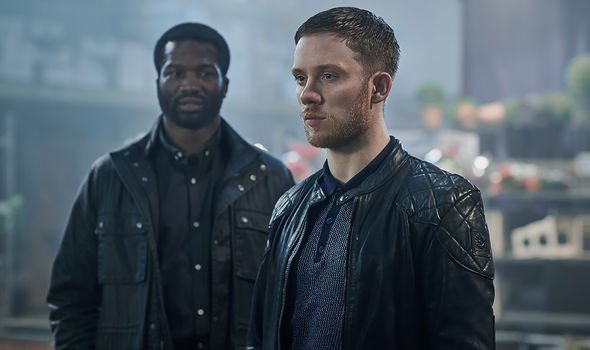 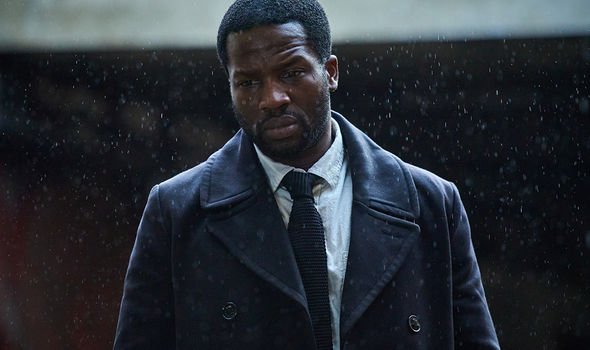 Gareth Evans created the series and he said Dirisu showed a lot of commitment and enthusiasm when it came to training for his role as one of the main fighters.

Evans said: “When it comes to throwing someone horizontally across the wall, you can’t get the actors to do that. Ninety-five per cent of the shots are Sope and it’s an exhilarating process.”

Even the classic pub brawls look spectacular, with impressive camera work which allows the viewers to see the action from all angles.

He said: “For the ashtrays and the darts, that was a wink and nudge to the cockney gangster-type story. With the pub fight, we wanted that to be fun and energetic.”

Another brutal fight scene, which involves a meat cleaver, falls more into the horror genre and Evans explained how the fights are all unique.

DON’T MISS…
Save Me Too: Is the Sky series based on a true story? [INSIGHT]
Save Me Too location: Where is Save Me filmed? Where’s Save Me set? [EXPLAINER]
Save Me season 3: Lennie James drops huge teaser about future of drama [INTERVIEW]

Speaking about the meat cleaver scene he said: “It’s relentless, it’s tormenting him [Elliot Finch] and there is no escape from something.”

Fans of Evans may be surprised to see how he came up with such graphic and violent scenes, as many have described him as having a heart of gold.

Lucian Msamati, who stars as gang member Ed Dumani, said none of the cast members were put off by the level of violence in the series.

He said: “You will not meet a gentler, warmer person than Gareth, the way in which he orchestrated the violence was so oddly poetic, fun and tongue-in-cheek and I had no reservations.”

Sky Atlantic released a behind-the-scenes look at the creation of the series and Evans is heard saying he is excited for fans to meet Dirisu.

He said: “He is a rockstar already in the making.” Dirisu is then seen shouting and throwing a glass in a pub, and audiences can feel his aggression.

All the main characters have a cold introduction to create that sense of aggression, which is driven by fear and hurt.

Evans said: “We get to tell the story of the rise of this character who becomes more and more important to the family. Things he learns on the street end up helping Shaun find out the mystery of who killed Finn Wallace.”