Home » TV and Movies » Frozen 2: Director speaks out on release date for Frozen 3: ‘You need a break’

Frozen 2: Director speaks out on release date for Frozen 3: ‘You need a break’

Frozen 2 arrived on Disney Plus this week to much celebration. While Elsa (played by Idina Menzel) and Ana (Kristen Bell) enjoyed a second film in the universe created by Disney which included a number of twists, turns, and unforgettable scenes. Although this was an incredible venture into the world of Frozen, fans have already begun asking when the third film will be on its way.

Many things were left up to interpretation at the end of Frozen 2.

While Ana was married, it was not certain if she was going to be sticking around in Arendelle.

What’s more, Elsa has now found out a lot more about herself, so could she also be looking for a way out of the monarchy?

So much is yet to be explored, and now director of Frozen 2 has spoken out about a potential third film. 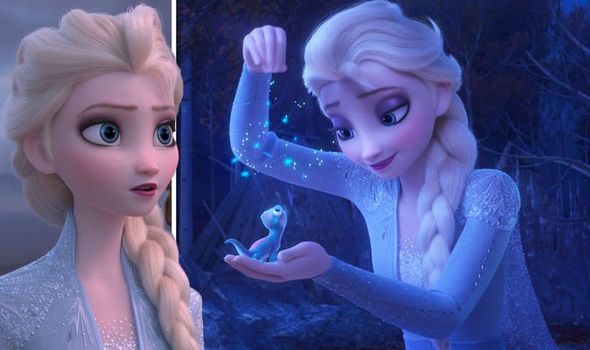 Chris Buck was recently involved in a live Q&A to celebrate the release of Frozen 2, in which he was grilled about the possibility of a third film.

To which the director replied: “I always say ask us a little bit later!”

While this is not exactly the answer fans might want, he did go on to add: “After the first movie it took us about a year before we even thought about a chapter two.”

He explained he and the team were “emotional and physically spent” by the end of production.

To which he concluded: “You need a break and to regroup and think.

Although fans have not received a definitive date from director Buck, it is certainly good news he would be thinking about it in six months, which – if the first film’s sequel is anything to go by – could mean at least another five years for the release of Frozen 3.

Co-Director Jennifer Lee has also been speaking about the film and its finer details.

In the Frozen 2 docuseries which also arrived on Disney Plus, Lee spoke in detail about the voice Elsa was hearing throughout the film.

While many people have debated over the identity of who was calling out to Elsa, Lee gave a definitive answer.

In the documentary she confirmed: “We all agreed definitively, we’re going to answer that the voice is the mother.”

This, of course, makes a lot of sense, as Elsa was learning about herself, and indeed going forward will continue to learn new things about her powers.

Could this mean her mother will be making a return at some point in the coming films?

If so, fans may see Iduna (Evan Rachel Wood) more in the film as the humanitarian warrior that she was.

But could she throw a spanner in the works as she returns to liberate Arendell?