Universal Chairman Donna Langley will fill the role for one year 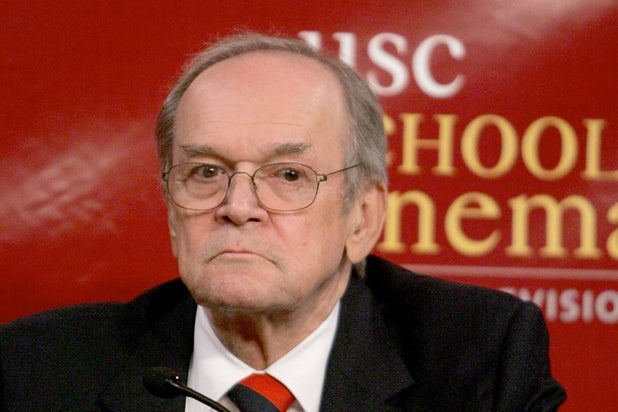 Frank Price, Chairman and CEO of Price Entertainment Inc., is stepping down from his position as chairman of the Board of Councilors for the USC School of Cinematic Arts, the university announced Wednesday.

Price has served as board chair since its inception in 1992. Donna Langley, chairman of Universal Filmed Entertainment Group, will serve as Price’s successor for one year.

“The School would not be where it is today without Frank Price. He  has been an invaluable partner and leader of the Board of Councilors for the past 29 years and has worked tirelessly to ensure that SCA sits at the forefront of the industry in all areas of cinematic arts,” SCA Dean Elizabeth M. Daley wrote in a statement. “His guidance has ensured that our students are fully prepared to meet the demands of this ever-changing industry. We are forever grateful for all the work he has done on behalf of our students. At this moment of transition, we are honored to have Donna step into the Chair.  Her insights and experience are invaluable and will continue to ensure we are global leaders in education in film, television, games and other forms of entertainment media.”

“My work at SCA has been one of the most rewarding parts of my career. Seeing students step into the entertainment world ready to meet the challenges and demands of this continuously evolving industry gives me immense joy,” Price said. “My partnership with Elizabeth Daley over the past three decades will remain a highlight. I am thankful that Donna is stepping into the role of Chair for the next year. Her extensive experience, invaluable leadership and vision will ensure the School and its students will continue to thrive on a global scale.”

Price’s involvement with USC began when he was CEO of Columbia Pictures in the early 1990s after he greenlit the thesis script written by John Singleton when he was a student at the film school. That script became “Boyz N the Hood,” a critically acclaimed examination of the lives of young Black men in Compton and the struggle to escape the cycle of gang violence.

Singleton became the first Black director to be nominated for an Oscar and birthed a lifelong relationship with Price, who was inspired by Singleton and his script to form the Board of Councilors at USC’s film school.

Since Price founded the board, USC SCA has created new divisions with the school for video games and interactive media, as well as for animation and digital arts. Among the filmmakers that have graduated from the school over the past 29 years are Jon M. Chu and Ryan Coogler, who respectively directed the hit films “Crazy Rich Asians” and “Black Panther.”