“Lou will be back on Monday,” guest host David Asman said ten minutes before news of the cancellation broke 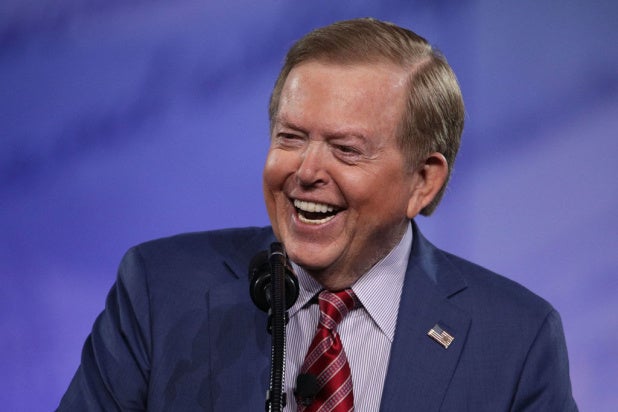 Just a day after Lou Dobbs was named in a massive lawsuit against Fox News by the voting machine company Smartmatic, Dobbs’ show on Fox Business Channel was canceled. For the final episode, though, Dobbs was absent, with David Asman filling in for him on Friday. At the beginning of the episode, Asman said Dobbs was “vacationing.”

“God evening everybody, I’m David Asman, filling in for the vacationing Lou Dobbs,” Asman introduced himself at the top of the hour.

And at the end of the episode, Asman promised that “Lou will be back on Monday.” Ten minutes later, the LA Times broke the news that “Lou Dobbs Tonight” had aired its final episode ever on the Fox Business Network as Fox News had canceled the show.

It was a weird moment that contrasted with the statement that a Fox News spokesperson gave TheWrap on Friday.

“As we said in October, Fox News Media regularly considers programming changes and plans have been in place to launch new formats as appropriate post-election, including on Fox Business,” the spokesperson said. “This is part of those planned changes. A new 5 p.m. program will be announced in the near future.”

It’s certainly unusual to think that Fox would plan a change like this and not only not tell anyone, but would have a guest host for the final episode, and have that guest host tell the audience that Lou Dobbs was just on vacation and would be back on Monday.

But that is, according to Fox News, what happened.

In its $2.7 billion lawsuit against Fox News, the voting tech company Smartmatic singled out hosts hosts Maria Bartiromo, Jeanine Pirro and Dobbs — Pirro’s show on Fox News and Bartiromo’s show on Fox Business have not been canceled yet.

Smartmatic accused the network and its on-air stars — as well as former Trump campaign attorneys Rudy Giuliani and Sidney Powell, who often appeared on Fox News programs — of waging a “disinformation campaign” during the 2020 presidential election about the company’s operations and damaging Smartmatic’s reputation.