Home » TV and Movies » Exclusive: Ashley Eckstein On Ahsoka's Current 'The Clone Wars' Arc and What to Expect in This Final Season

Exclusive: Ashley Eckstein On Ahsoka's Current 'The Clone Wars' Arc and What to Expect in This Final Season

The past few months have been full of Star Wars content, but nothing quite compares to the enthusiasm surrounding the final season of The Clone Wars. The series started back in 2008 and was canceled in 2013, but thanks to fans, it’s back for one more go. And the star of this season is Ahsoka Tano. And not just this season; Ahsoka has been at the forefront of The Clone Wars since the beginning, becoming a fan-favorite and living well beyond this series.

Ashley Eckstein has played the voice of Ahsoka Tano since the character’s first appearance. She not only has a strong bond with the Star Wars fandom, but with the character herself. Before Episode 6 premieres Friday, Eckstein talked with Showbiz Cheat Sheet about Ahsoka’s current journey on The Clone Wars, and what’s to come for Lady Tano. [Spoilers alert: Spoilers ahead for The Clone Wars Season 7, through Episode 5]. 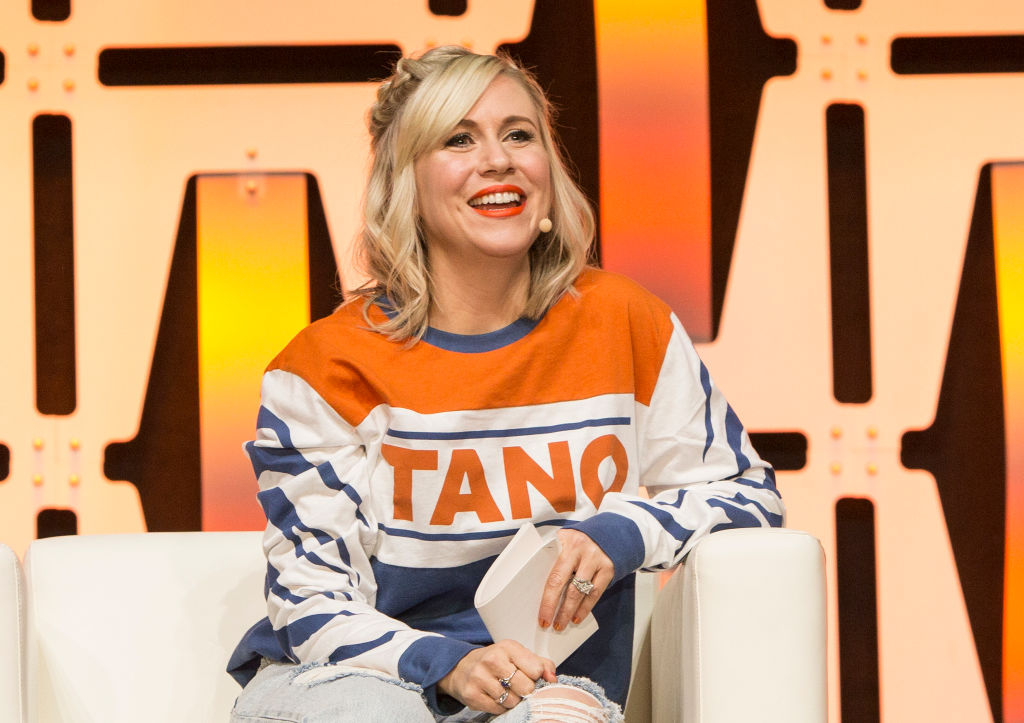 Ahsoka’s last arc in Season 5 brought so many things to light. Not only did Ahsoka lose trust in the Jedi Order she was so devoted to, but she chose to leave. While it was painful for Ahsoka and her master, Anakin, it also showed just how much she’s grown since Season 1. And she might have a thing or two to teach, as well.

Eckstein points out that Ahsoka is a “melting pot”, having skills taught by Anakin, of course, but also Obi-Wan, Yoda, Luminara, and even Padmé, a non-Jedi. “I think that’s what makes her so powerful,” Eckstein says. “And that’s why she walks away.”

“Ahsoka came in as a Padawan. She had so much to learn,” Eckstein says. “But where Ahsoka teaches Anakin, is Ahsoka is a hybrid of all of the Jedi that she learns from.”

In turn, Season 7 will further show how a lot of characters learned from the former Padawan as well, including the Chose One.

“We’re going to see in these episodes of Clone Wars how much Ahsoka means to Anakin,” the actress says. “And, you know, all of a sudden, the Padawan becomes the master in her own right.”

In the Underworld of Coruscant, level 1313 to be exact, Ahsoka stumbles — or crashes — upon the Martez sisters’ hangar. While Trace is a bit aloof but ultimately helpful and warm toward Ahsoka, Rafa deals with scoundrels and is very suspicious of the former Jedi. Regardless, Eckstein says she loves these new additions.

While Ahsoka seems to get along better with Trace at the moment, Eckstein pointed out that Ahsoka is right in the middle of the two when it comes to her worldview. She also said a lot has yet to unfold.

“They are, I would say, really bonded for life,” Eckstein says. “I don’t know if their storylines will ever interact beyond this. I mean, that’s a question for Dave Filoni. But as a fan now of Trace and Rafa — and even Trace, Rafa, and Ahsoka — I hope they do.

The Siege of Mandalore has been a hot topic. It’s the final arc of this season, happens around the time of Order 66, and The Mandalorian even mentioned it. However, Eckstein can’t tell us much, for obvious reasons. But she did say that reuniting with everyone was her favorite part of this season.

And, interestingly enough, Eckstein says the arc is a parallel of sorts to real life in a pandemic. “What’s going on — especially in today’s time — it’s scary. And it’s dark,” the actress says. “Everyone’s looking for any ounce of hope they can get. And I will tell you, in these episodes, there are times where it looks like all hope is gone. And trust me, there’s hope. These episodes are coming at a time when we all need them.”

She says everyone’s best foot is forward, and this is some of the best work from the writing team, production side, and actors. She also says the final episodes are a true testament to the show’s fantastic fan base.

“I am also very outspoken about the fact that I don’t believe that these episodes would even exist without the fans. The fans never gave up on Clone Wars,” Eckstein says. “They used the hashtag ‘Save the Clone Wars’ for years… We gave it our all because the fans deserve that. And I think you’re going to see that this is some of the best Star Wars that’s ever been created.”

Oh, and the reunion between Ahsoka and Anakin? Get your tissues. “It’s emotional, to a whole new level,” Eckstein says.

What does the future hold for Ahsoka and Eckstein?

On March 20, Slashfilm shared rumors that a live-action version of Ahsoka was coming to The Mandalorian Season 2 and that Rosario Dawson was already cast. It drew many opinions from all sides, and Eckstein posted a statement on Instagram saying she’s not involved in the Disney+ show and therefore doesn’t know anything more. But Eckstein shares that some great things came from the news.

“For me, what has come out of it is such a beautiful message of community and health, and hope, and kindness,” she says. “And I’m so inspired because in a world with the internet, where there’s been so much talk of toxic fandom in the past, I feel like what I’ve witnessed over the past week has… flipped the script.”

Eckstein is so obviously intertwined with the character Ahsoka; she is a real-life version of the Togruta she portrays on-screen. She calls Ahsoka her light and a representation of hope. Eckstein even wrote a Little Golden Book about Ahsoka coming out April 7, called I Am a Padawan, that shares her story for all generations.

She also shared that it’s not just her that makes up Lady Tano. There’s a team of people that go into the character. But there’s no denying that Eckstein will always be Ahsoka.