Home » TV and Movies » Every confirmed DC Comics movie coming to theaters, including 'The Batman' and 'The Suicide Squad'

Every confirmed DC Comics movie coming to theaters, including 'The Batman' and 'The Suicide Squad'

Warner Bros. and DC pulled the curtain back on some anticipated theatrical releases over the weekend during the virtual DC FanDome event, revealing new details and footage for "The Batman," "Wonder Woman 1984," and more.

DC movies have been trending upward since the DC Extended Universe experiment backfired with 2017's superhero team-up movie, "Justice League," which disappointed at the box office after extensive reshoots and was blasted by critics. Between then and now, "Aquaman" and "Joker" both grossed more than $1 billion worldwide and "Shazam!" debuted to favorable reviews.

While the coronavirus pandemic has upended some of DC and Warner Bros.' plans — notably by pushing release dates or stalling productions — the FanDome event highlighted the scope of future movies.

We rounded up every DC movie with a confirmed release date, with new details from FanDome (of course, the dates could change as the pandemic continues to shuffle the theatrical release calendar). An "Aquaman" spinoff, called "The Trench," is also in the works, but hasn't been dated yet.

Fans can expect plenty of DC content outside of theatrically released movies, too. The long-awaited "Snyder Cut" of "Justice League" hits HBO Max next year. After "Justice League" flopped, fans clamored for Snyder's director's cut and now they're getting it.

Max is also developing original DC shows like a prequel to "The Batman" focused on the Gotham City police and a Green Lantern series.

This story was originally published in December 2019 and has been updated with info from DC FanDome. 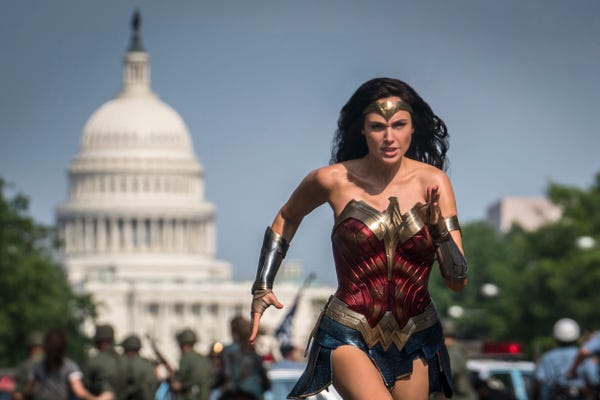 The "Wonder Woman" sequel reunites director Patty Jenkins and stars Gal Gadot and Chris Pine, but shifts the story forward from World War I to the 1980s. The first movie was a critical and box-office hit, raking in $821 million worldwide.

It was originally slated for release in November, 2019, but then pushed back to June. Amid the pandemic, Warner Bros. delayed it again to October. 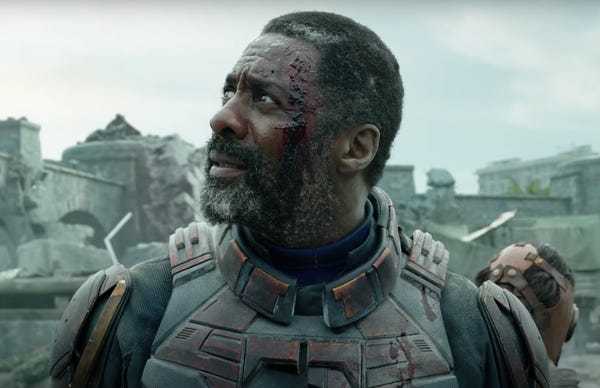 Margot Robbie will again play Harley Quinn for this "Suicide Squad" sequel from director James Gunn, who was hired by Warner Bros. after Disney fired him from the third "Guardians of the Galaxy" movie (he was then re-hired, but is finishing "The Suicide Squad" first).

Gunn has assembled a team of new and old faces and the full cast was showcased during FanDome. Returning are Robbie's Quinn, Jai Courtney's Captain Boomerang, and Viola Davis' Amanda Waller. Out is Will Smith, who played Deadshot. Newcomers include Idris Elba as Bloodsport and John Cena as Peacemaker.

Gunn called it "by far the biggest movie" he's ever made during a behind-the-scenes look at the movie. Watch it here. 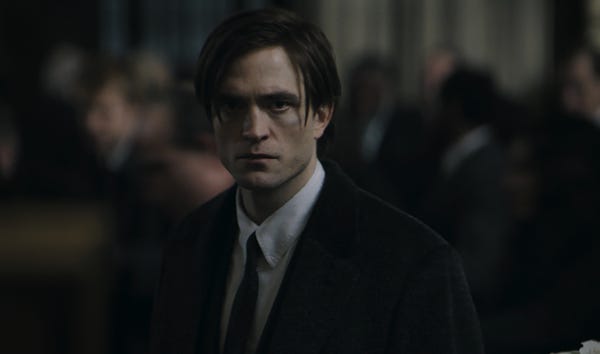 Robert Pattinson will play Batman in a new film from "War for the Planet of the Apes" director Matt Reeves. Pattinson takes over from Ben Affleck, who played the Dark Knight in "Batman v Superman: Dawn of Justice" and "Justice League." Reeves has assembled an all-star cast that also includes Zoe Kravitz as Catwoman, Colin Farrell as the Penguin, Paul Dano as the Riddler, and Jeffrey Wright as James Gordon.

During FanDome, Reeves said that "The Batman" is a "year two" story for a young Batman and acts as an origin story for many of his villains.

He also teased the HBO Max spinoff series, calling it a "Year One" story focused on the corruption within the Gotham Police Department amid the emergence of Batman.

"Year One is the beginning of the emergence, it's the first appearance of this mass vigilante that starts to unsettle the city," he said. "And you start to see the story through the point of view of these corrupt cops and one in particular. And the story is actually a battle for his soul."

Watch the first trailer for "The Batman." 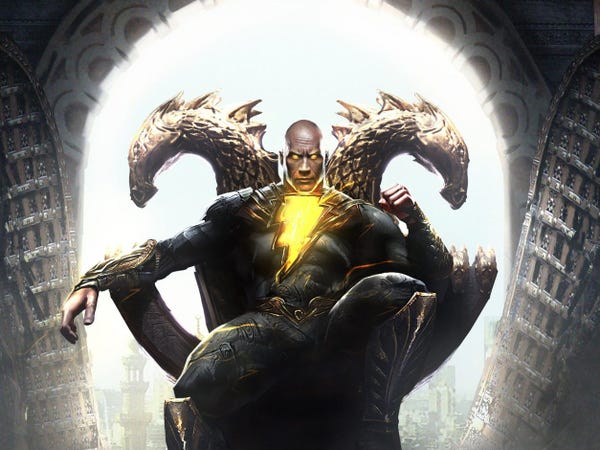 After years of teasing his attachment to the movie, Dwayne "The Rock" Johnson is opening up about "Black Adam," a frequent foe of Shazam in the comics but also an anti-hero of sorts.

It was revealed during FanDome that the movie would introduce the Justice Society of America, which preceded the Justice League in the comics.

"Black Adam has been with me for a very long time," Johnson said during FanDome. "One of the main things I always loved about Black Adam is that he was an anti-hero. I love that he has his own sense of Black Adam justice. I also love the fact that his origins are that of a slave … he felt the burdens and the pressures of a larger entity holding him down until you can't take it anymore." 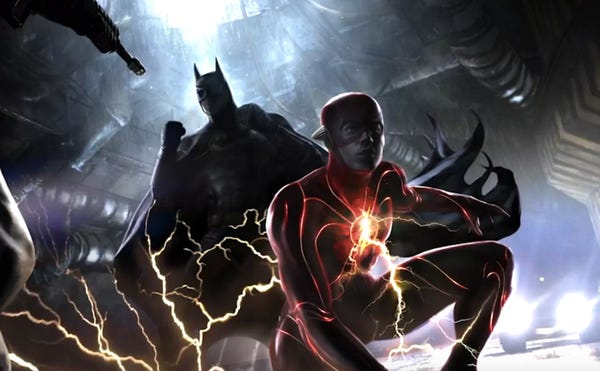 The "Flash" movie, from "It" director Andy Muschietti, has gone through several different directors and release dates. But it finally came into focus during FanDome.

Muschietti called it a "time-travel story" and writer Christina Hodson said that the "cinematic multiverse will be born out of this movie." 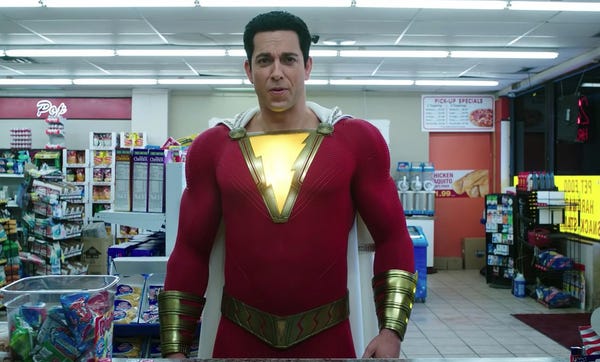 With $364.5 million worldwide, "Shazam!" wasn't a box-office smash like "Wonder Woman" or "Aquaman." But it was successful enough for Warner Bros. to greenlight a sequel for 2022. "Shazam!" was a hit with critics and has a 90% on Rotten Tomatoes.

The full title, "Shazam! Fury of the Gods," was revealed at FanDome. 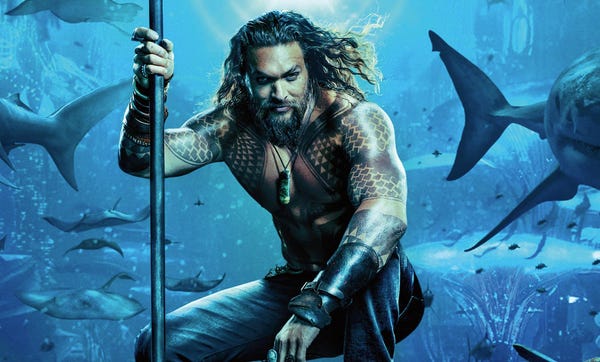 2018's "Aquaman" grossed over $1 billion globally, so a sequel was inevitable. It will hit theaters in 2022, topping off what will be a busy year for DC movies. Director James Wan is returning.