In upcoming episodes, fans of the ITV soap will see Sandra Flaherty (Joanne Mitchell) successfully put a wedge between her daughter Liv Flaherty (Isobel Steele) and husband Vinny Dingle (Bradley Johnson). After plotting to take Liv’s life savings over the past few weeks, viewers could see her succeed after using alcohol to access her daughter’s ever-growing bank account.

New ITV spoilers reveal that next week Sandra and Liv return back from their holiday with Vinny shocked to discover a for sale sign is up outside of Mill Cottage.

Wasting no time in speaking to his wife, he admits to being upset that she’s decided to sell without consoling him first.

Wanting to cause a wedge between Liv and Vinny, Sandra is thrilled as she sees that her scheming is starting to work as the couple argue.

However, seeing through her facade, Mandy (Lisa Riley) tells her son that the reason he’s falling out with his wife is all down to Sandra. 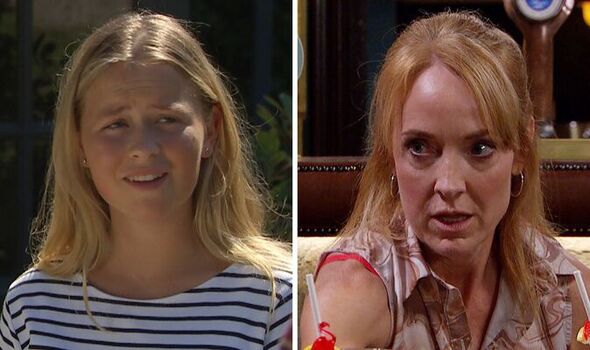 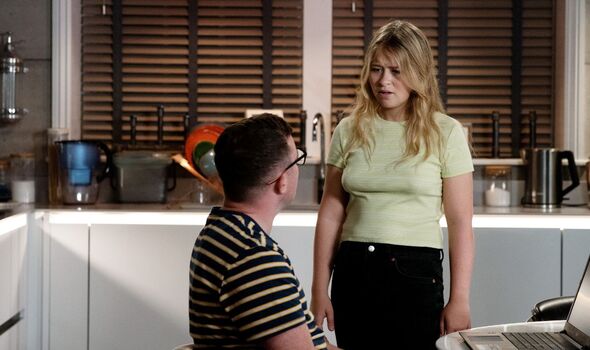 Wanting to try and expose her for causing a wedge in her son’s marriage, Mandy recruits Jimmy (Nick Miles) to fake an interest in buying the cottage.

Although it all backfires when Liv discovers Mandy and Vinny recording Sandra’s responses trying to set her up.

Furious, she kicks him out of the house and is comforted by her mother who, despite being aware of her past addictions, suggests a drink.

Once she’s given into temptation, Liv starts to get loose-lipped on her ever-growing savings account. 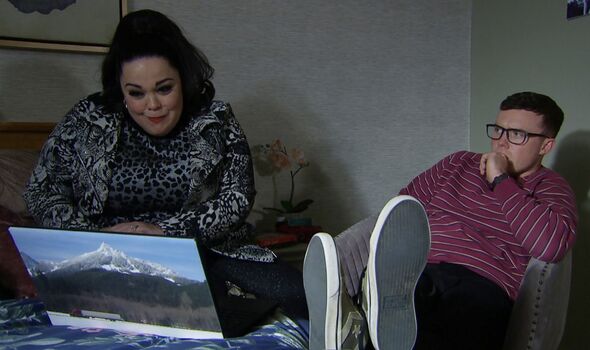 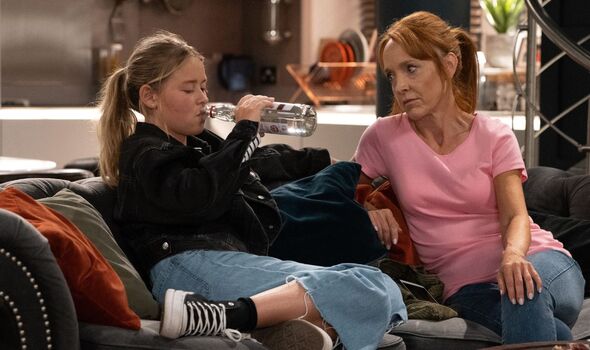 Plying her with more alcohol to get further information, Liv eventually falls asleep with Sandra having all the access details she needs.

A theory by Express.co.uk suggests that once Liv wakes up, she’s shocked to discover her bank accounts have been completely cleared.

Trying to contact Sandra, as she’s the last person she remembers being with, the phone goes straight to voicemail as she’s nowhere to be found.

Learning that her mother’s belongings have also gone, Liv comes to the realisation that Sandra has left and has taken all of her money with her.

Despite their issues, Vinny and Liv set off trying to track Sandra down as they report the crime to the police.

Actor Bradley Johnson spoke about his hopes for Vinny and Liv as the series approaches its 50th anniversary.

He told Digital Spy: “Even though I’d love Liv and Vinny to live a happy-ever-after, there’s always something that comes between them.

“The storylines and scripts have been great. Jo [Mitchell, who plays Sandra] has added a real dynamic within that household.

“I’d like to think that Liv and Vinny can get through anything. Sandra is making that very difficult for them.”

With big storylines coming up for the show’s celebrations, it’s possible that viewers will see Liv slip back into old habits after being given alcohol by her mother.

What viewers do know is that a huge storm is set to take place in the upcoming weeks which will leave some of the residents in peril.