Zak Dingle (played by Steve Halliwell) and Bear Wolf (Joshua Richards) have been absent from Emmerdale for the majority of this year. Zak has been living in the village for decades while Bear is relatively new, but both are hugely popular with soap fans. So much so, those watching at home have been discussing a possible storyline between the two.

Zak returned at the beginning of this year, following a few months hiatus in Scotland where he visited Debbie Dingle (Charley Webb).

Bear on the other hand, had a four month absence from Emmerdale and shocked fans when he appeared on screen a few months ago.

Now, viewers think the two should feature in a couple scenes together.

Taking to a DS forum, one said: “I can see Zak and Bear Wolf maybe either being friends or rivals what with Zak being a ex-bareknuckle fighter and Bear being a wrestler. 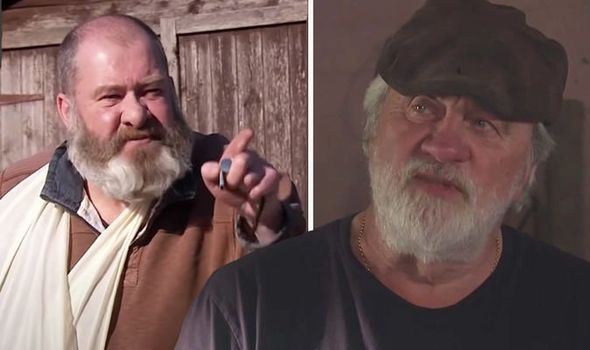 “That would be something for the writers to explore.”

Someone commented in response: “I doubt they would be rivals – in what sense?

Could the two men find themselves bonding over their similar interest instead? 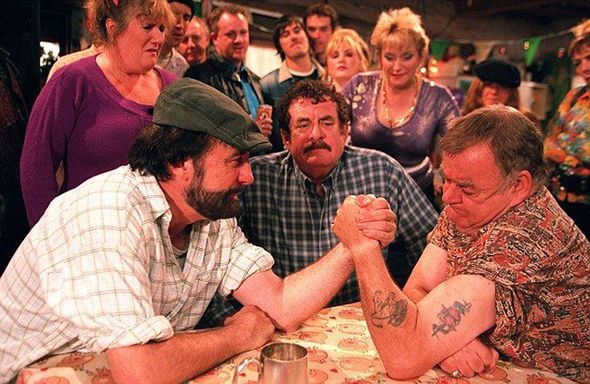 Despite Zak currently not having a big storyline, several members of his family are embroiled in lots of drama.

Charity Dingle (Emma Atkins) on the other hand is having to deal with Vanessa Woodfield’s (Michelle Woodfield) cancer treatment and Johnny’s adoption. 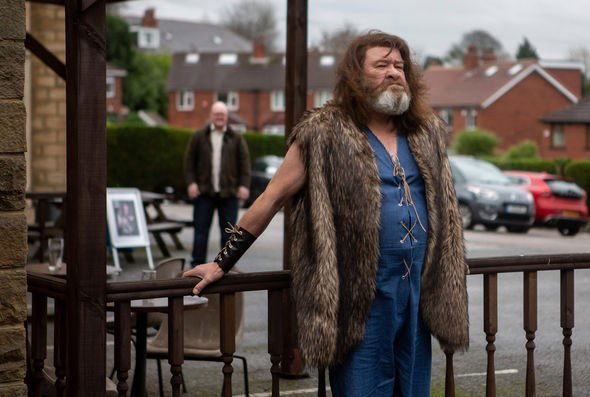 As for Bear’s family, Paddy Kirk (Dominic Brunt) is currently off screen, coming to terms with his anxiety.

His partner Chas Dingle (Lucy Pargeter) has been featured behind the Woolpack bar on occasions.

However, the two have not been spotted together for a while.

There was also a suggestion Bear was going to have a romance with Wendy Posner (Susan Cookson), but in fact the two were just spending time together with their grandchildren.

As for what is coming up in the soap, it seems Mandy Dingle (Lisa Riley) is going to regret spending the night with Paul Ashdale (Reece Dinsdale).

Vinny Dingle’s (Bradley Johnson) father turned up a few months ago and is trying to make amends with Vinny.

But it seems he is also keen to rekindle a romance with the beautician.

Emmerdale airs Monday, Wednesday and Friday at 7pm on ITV.