Over the past few months on Emmerdale, Luke Posner and Victoria Sugden’s (played by Max Parker and Isabel Hodgins) romance has been on and off more times than you can flick a light switch, but they now seem to be making a proper go of things. After she returned from her grandma Annie’s funeral, the chef seemed to have a new outlook on life and what she wants, and Luke factored into those needs. But fans are wary that he has ulterior motives after learning that her huge farmland inheritance could earn her some serious money.

And if they’re together, she will have no quarms in sharing her wealth with her boyfriend.

And that’s where it all gets a little fishy, especially as actor Max has teased his character may have a darker side which could surface in coming episodes.

In recent scenes, Victoria broke the news to Moira Barton (Natalie J. Robb) that she was planning on selling the farmland she had acquired to the highest bidder.

Poor Moira was put out as she had been using the land for farming for years, and it’ll put a big spanner in the works if it’s sold on. 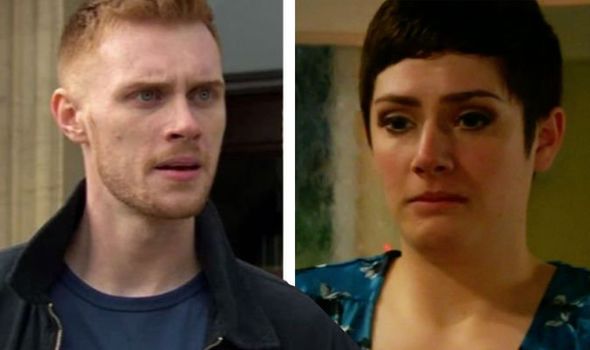 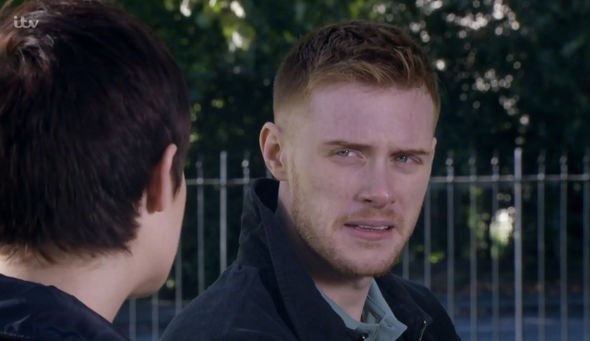 But this week, Vic had a change of heart and promised that she wouldn’t put it up for sale after all, something that seemed to trouble Luke after he was the one who recommended she sell up.

Taking to Twitter after he rumbled her discussion with Moira and made his opinion known, one suspicious fan tweeted: “Luke is very interfering over Vic’s inheritance. It’s nothing to do with him #Emmerdale.”

Another added: “Luke thinking $$$ with Vic’s inheritance, he should keep out #Emmerdale.”

It’s also a giant coincidence that his sudden interest in Vic’s financial situation arose after he and his mum Wendy (Susan Cookson) were issued with an eviction notice by the Tates, leaving them to find somewhere else to live ASAP. 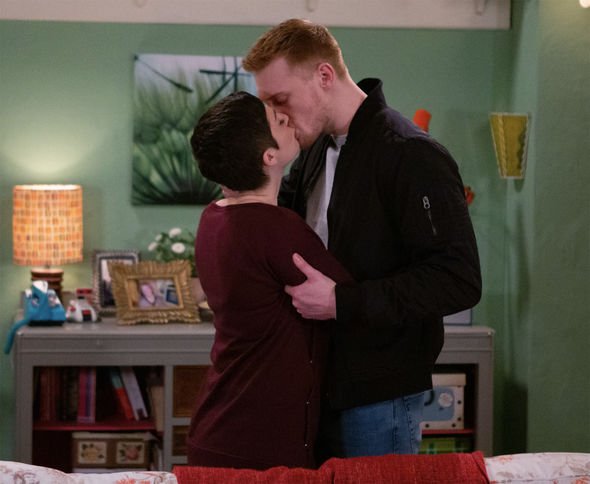 Could the Posners have money troubles that Luke intends to rectify with Victoria’s cash?

It’s been an emotional rollercoaster between the pair and they’ve had more than their fair share of splits for one relationship.

Which begs the question, is he in it for the money this time rather than love?

Victoria broke things off not so long ago as she wasn’t ready for a relationship after her horrific rape ordeal with his late brother Lee (Kris Mochrie), but she decided to give it another go for her own happiness.

We just hope Luke isn’t doing the dirty on her.

But Max recently hinted to The Sun Online that Luke might have another side to him.

“I think Luke is genuinely one of the good guys, but everyone has their triggers and who knows what’s around the corner,” he said.

“It’s never plain sailing with Victoria and Luke, but I’m enjoying our little double act at the minute so we will have to wait and see.”

Will he end up persuading Vic to sell the land and then do a runner with her money?

Viewers will have to tune in to find out!

Related posts:
Feeling angry? How to cope with frustration during the pandemic
Man Utd star Bruno Fernandes admits he was unhappy to be hooked against Spurs but has denied bust-up with Solskjaer
Popular News
Jack Harlow Drops Boisterous New Single "Tyler Herro"
23/10/2020
Man Utd wonderkid Ramon Calliste, called ‘the next Giggs’, now owns luxury watch business and makes £5m a year – The Sun
26/03/2020
Megan Thee Stallion Addresses Criticism Over Twerking: ‘I Love to Shake My A**’
26/03/2020
Police guard shops to stop coronavirus panic-buyers and enforce social distancing – The Sun
26/03/2020
Coronavirus: Good Morning Britain’s Dr Hilary reveals ‘game-changing’ self-testing kit
26/03/2020
Recent Posts
This website uses cookies to improve your user experience and to provide you with advertisements that are relevant to your interests. By continuing to browse the site you are agreeing to our use of cookies.Ok