Emmerdale fans saw Jamie Tate (played by Alexander Lincoln) arrive in the village last year with his wife Andrea Tate (Anna Nightingale) and his young daughter Millie (Willow Bell) as he reunited with his mum Kim (Claire King). With the supervillain set to return in the coming weeks, it seems she may well be set to become a grandmother once more as a “new heir to the throne” was teased for the Tate family – but who will be expecting?

Jamie has suffered a demise in recent months after his marriage to Andrea become unworkable after her one-night stand with Graham Foster (Andrew Scarborough) came out last year.

The pair tried to work on things but Jamie soon ended up pursuing a forbidden romance of his own.

Jamie and his then-colleague Belle Dingle (Eden Taylor-Draper) ended up seeing each other behind Andrea’s back.

But it soon came back to bite him when Jamie and Belle’s affair was exposed to the whole of The Woolpack by Andrea and Leyla Harding (Roxy Shahidi). 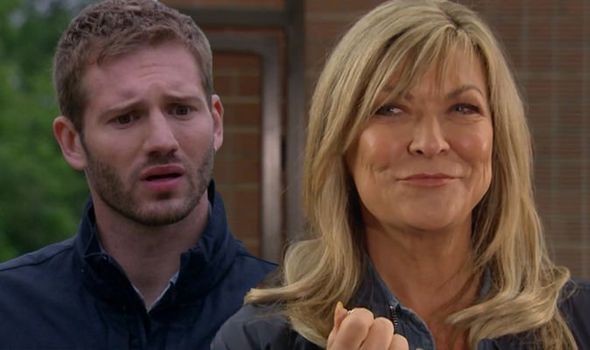 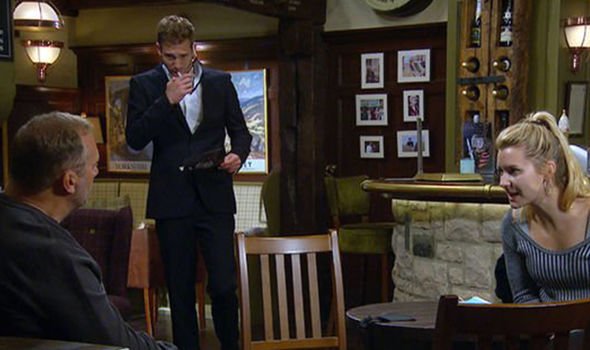 The pair continued to see each other much disapproval from the rest of the Dingles.

And when it emerged Jamie was the culprit behind Moira Barton’s (Natalie J Robb) hit-and-run, their relationship soon ended.

Now, with Belle in hospital as her mental health declines and Jamie pursuing Dawn Taylor (Olivia Bromley), it seems there could be more shocks to come.

Series producer of the ITV soap Laura Shaw teased the prospect of Jamie finding out he would be becoming a father again. 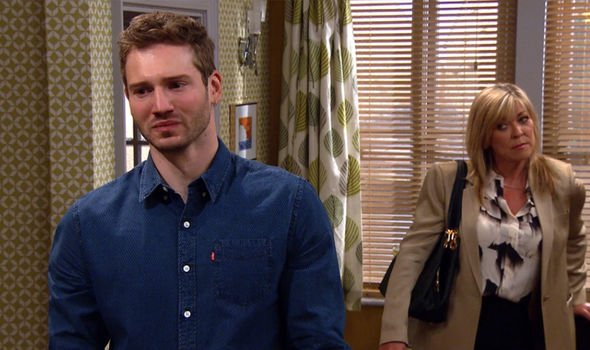 But, it seems as though Kim could arrive back to a huge bombshell, having a lasting impact for the family.

Laura continued: “We’ll see a change in the dynamic in the Tate family and could there be a new heir to the throne?

“I can’t say… no. We’ve got some really big, big storylines planned and 2021 is looking very exciting right now.”

If Jamie is indeed about to welcome another child onto the Dales, who exactly will be expecting the baby?

Fans have this week seen Jamie using the services of sex-worker Dawn as the former’s feud with Will Taylor (Dean Andrews) heightens.

It’s also possible he could have a moment of weakness and turn back to his estranged wife Andrea in the weeks to come.

Or perhaps, he may end up having a fling with an unexpected resident – but who?

Elsewhere, it seems one marriage that is finally back on is Moira and Cain’s (Jeff Hordley).

In Friday night’s episode, it was revealed the pair had spent the night together after months of fans wishing they would reconcile.

Moira woke up worried Cain would regret revisiting their romance but he soon asked to move back in and called their divorce proceedings off.

But will the pair manage to work through their problems and secure their marriage once more?