Harriet Finch (played by Katherine Dow Blyton) has been struggling recently and things are only going to get worse for her when she notices Will Taylor (Dean Andrews) flirting with Kim Tate (Claire King). For the good of the family, Harriet has allowed Will to be involved in their Christmas plans and with Lucas’ birthday just around the corner, she has to put on a brave face once more. But, when the vicar makes a mistake, it changes the lives of several Emmerdale residents.

In a bid to help out Dawn Taylor (Olivia Bromley), Harriet offers to pick Lucas up from school so she can carry on with decorating the house.

But the mother-of-one is left panicked when Harriet and Lucas don’t return for hours and suggests calling the police.

When the vicar eventually turns up, she is drunk and makes no excused for how intoxicated she is.

Will wastes no time in berating her for being late and an angry Harriet hits back, telling Dawn her father and Kim are sleeping together 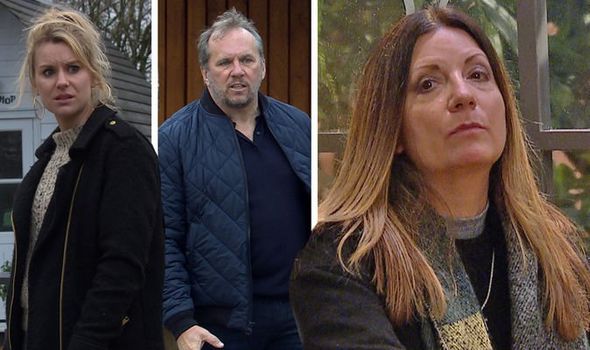 We will use your email address only for sending you newsletters. Please see our Privacy Notice for details of your data protection rights. Emmerdale spoilers: Vanessa Woodfield ‘returns’ with new love interest

Stunned by the news, Dawn acts maturely and ends up feeling sorry for Harriet when she watches Kim flirt with Will.

What Dawn doesn’t know is Harriet has a secret with Lucas and soon Dawn’s world is turned upside down.

The next day, Dawn panics when Lucas’ social worker Eloise knocks on the front door, asking they can have a talk.

It won’t be long until Dawn confronts her stepmother about what Eloise has revealed; Harriet lost Lucas for an extended period of time while picking him up the day before when she was drunk. 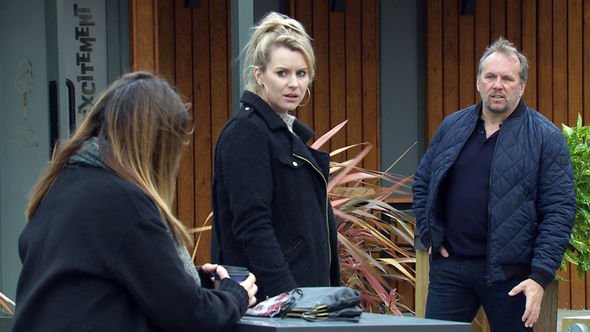 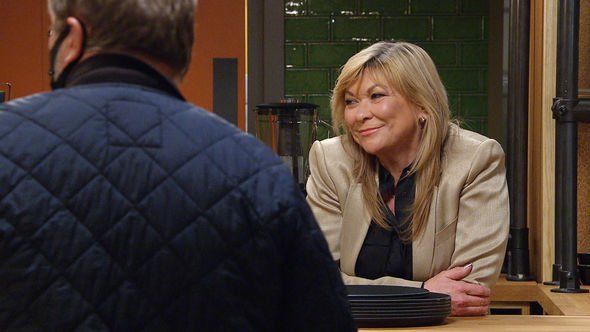 The authorities are taking the situation very seriously and Eloise queries the viability of their custody of the child.

Harriet is full of remorse, but she knows deep down the trouble she has caused.

And soon, the worst happens; the police arrive and Lucas is taken away.

In a shocking turn of events, while Harriet can’t undo her past behaviour, she can make it up to Dawn – partially. 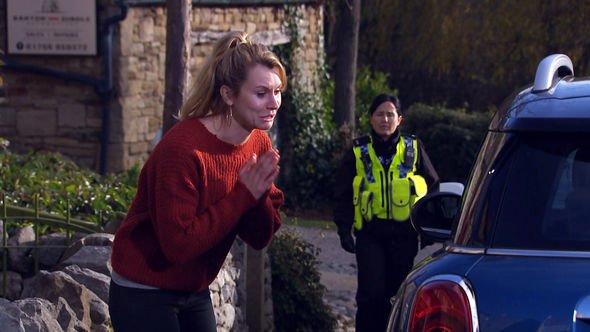 It is only a matter of time until the police find out what really happened to Malone (Mark Womack) and Harriet will take sole responsibility.

“There have to be consequences – that body is not going to stay in the ground forever,” the actress revealed.

“It’ll be terrifying – I can’t even imagine how that’s going to get resolved. But these bodies are inevitably found aren’t they?

But what will happen when Malone’s body is found in Home Farm’s grounds?

“Harriet will take the blame,” Katherine confirmed to Metro.co.uk. “And let’s face it, she did crack him with a kettle, she did bury him and destroy evidence.

“Her hands aren’t exactly clean. She would take the fall for Dawn and protect her.”

With Dawn evading time in prison, she will be able to focus on undoing some of Harriet’s damage and getting Lucas back.

Related posts:
Death in Paradise season 10: Fans fume as iconic theme tune changed ‘What have you done?’
'The Waltons': Judy Norton Had 'The Biggest Crush' on John-Boy Walton Actor Richard Thomas When They First Met
Popular News
'The Challenge 36': Players Blocked CT Tamburello From Getting His Gold Skull After Initial Plan Backfired
28/01/2021
Man Utd wonderkid Ramon Calliste, called ‘the next Giggs’, now owns luxury watch business and makes £5m a year – The Sun
26/03/2020
Megan Thee Stallion Addresses Criticism Over Twerking: ‘I Love to Shake My A**’
26/03/2020
Police guard shops to stop coronavirus panic-buyers and enforce social distancing – The Sun
26/03/2020
Coronavirus: Good Morning Britain’s Dr Hilary reveals ‘game-changing’ self-testing kit
26/03/2020
Recent Posts
This website uses cookies to improve your user experience and to provide you with advertisements that are relevant to your interests. By continuing to browse the site you are agreeing to our use of cookies.Ok