Emmerdale viewers saw Vanessa (played by Michelle Hardwick) temporarily exit the Dales last month as she continues her cancer treatment. However, her partner Charity (Emma Atkins) has continued to fight for custody of Vanessa’s young son Johnny in case anything happens. But could Vanessa and Charity end up on the rocks if she decides to remain with her family for slightly longer?

Vanessa hasn’t been seen on-screen for a few weeks after her fiancée Charity announced she had gone to stay with her mum.

Actress Michelle is currently on maternity leave after revealing earlier this year she was expecting her first child.

But things could look very different when her alter-ego makes a return.

Months will have passed by the time Vanessa will be back on-screen and viewers are sure to be given updates via Charity and Vanessa’s sister, Tracy Metcalfe (Amy Walsh). 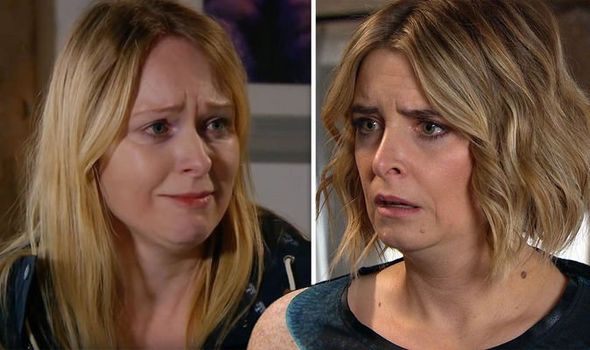 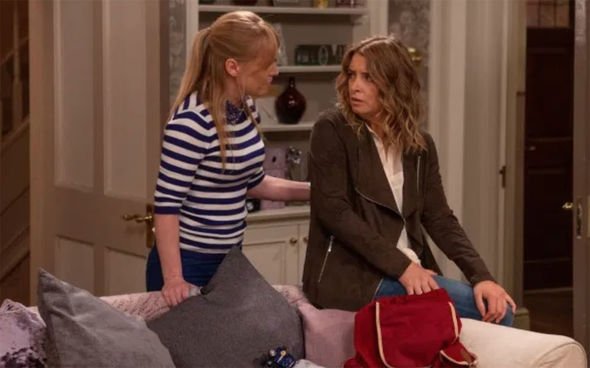 Speaking exclusively to Express.co.uk, Bowel Cancer UK, who are assisting ITV with Vanessa’s storyline outlined what could be in store for Vanessa.

Asked how her illness could continue to affect those around her, a spokesperson for the charity explained: “When someone has cancer, it can affect the whole family.

“All families are different, and each family responds differently when someone is diagnosed with cancer.

“Macmillan has some helpful information about dealing with these issues,” they added. 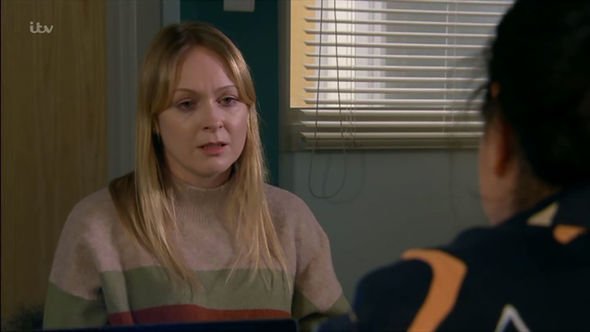 But could Vanessa decide to end up staying with her mum for the long-term while she recovers and struggles to get things back on track with Charity?

While Charity is doing everything in her power to try and find Kirin Kotecha (Adam Fielding), Vanessa is none-the-wiser of her plans.

However, when she gets wind of what’s going on, could she end up being angered by Charity’s intervention from afar?

There could also be a growing tension between the pair if Charity struggles with being apart from her other half.

It’s not known whether Charity will be visiting Vanessa off-screen but the distance is sure to cause an impact – will they stay together throughout?

Elsewhere, with the coronavirus pandemic also likely to have impacted her treatment, it’s possible she will find it easier to stay with her mum for the long-term.

Emmerdale has already incorporated the issue of the pandemic into recent storylines, so it’s likely this will be addressed on-screen in upcoming episodes.

Vanessa may have gone to stay with her mum instead of remaining in the Dales due to ease of receiving treatment.

The spokesperson added: “Cancer services have been disrupted as a result of the pandemic, but we are now seeing them begin to resume.

“Treatment such as chemotherapy would have been likely to continue, though may have been given in a different form such as a tablet rather than a drip, or at a different location (operations and colonoscopy services were worst affected).”

With it still yet to be known whether Vanessa will survive the storyline, it looks to be a long road ahead for the much-loved couple.

Will they end up remaining together despite all the difficulties they will continue to face this year?

If you have been affected by Vanessa’s storyline, visit Bowel Cancer UK here for information and support.

Emmerdale airs Mondays, Wednesdays and Fridays at 7pm on ITV.