EMMERDALE fans fear Liv will be killed ahead of Paul and Mandy’s wedding as she vowed to expose Paul’s abuse.

The ITV soap has confirmed that three mystery villagers will be left fighting for their lives this week, with one meeting a tragic end.

Tonight’s episode began with a flash forward that saw medical staff trying to resuscitate a mystery resident in a hospital bed.

Viewers saw Aaron, Mandy and Nicola standing around in horror as the heart monitor bleeped.

Later in the episode, and back in the present day, it all kicked off as Liv tried to steal Paul’s phone to get evidence he was abusing Vinny.

But he caught her in the act and cruelly mocked her, before ordering her to leave. 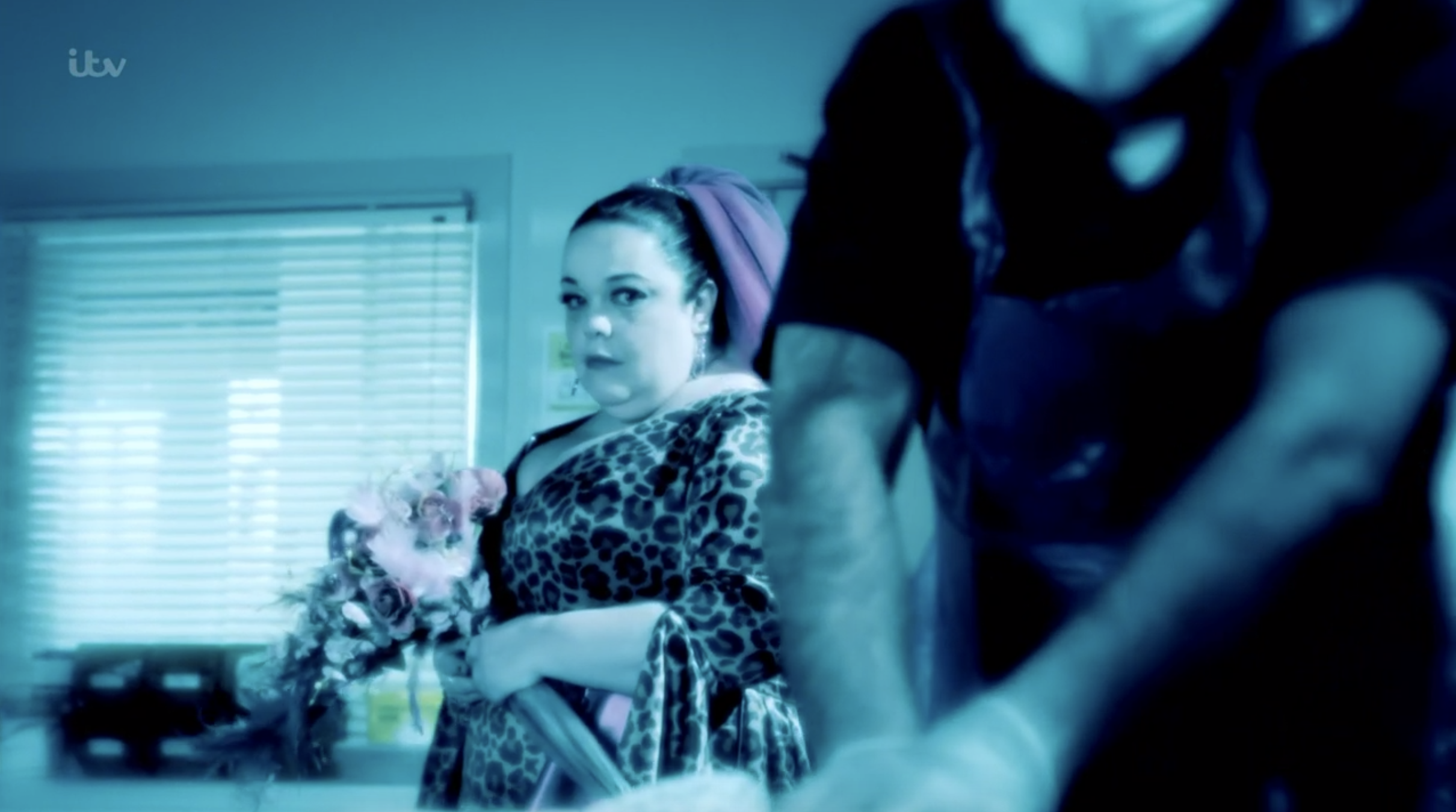 When Liv sneaked back in to try and convince Vinny to open up about Paul’s abuse, she begged him: “I’ve known there’s been something wrong with you for ages. So listen to me. I saw what Aaron went through. I know what it was like for him. When someone you love hurts you. But you’re scared there’ll get mad and hurt you even more.”

But Vinny saw red and yelled at her: “You’re sick in the head.”

When Liv accused Paul of forcing Vinny to dump her, he cried: “I binned you because I want a normal girlfriend. Not some freak like you.”

But Liv told Vinny she loved him and made clear she wasn’t going to let Paul get away with the abuse.

Later, Aaron and Liv watched from afar as Paul showed his nasty side in broad daylight.

After Vinny admitted he was feeling nervous about the best man speech, Paul flew into a rage and threatened: “I’ve told you it matters. You screw it up and you and me are going to fall out. You got that? I want my wedding day to be remembered for the right reasons.

Vinny stepped backwards as Paul lunged forward and hissed: “So lets get through tomorrow. We won’t have you showing me up will we.”

The camera then panned to Liv and Aaron, who were horrified by what they’d seen.

But fans were left fearing for their safety as they agreed they needed to persuade Vinny to come clean to Mandy about Paul’s abuse.

One tweeted: "Aaron and the rest of the Dingles going to sort Paul out after finding out the truth."

Another added: "Paul has really gotten inside Vinny's head if he can't see how much Liv cares and loves him. PLEASE Vinny SPEAK UP! Before someone else ends up in hospital."

A third said: "Liv must have back problems from carrying this whole show."