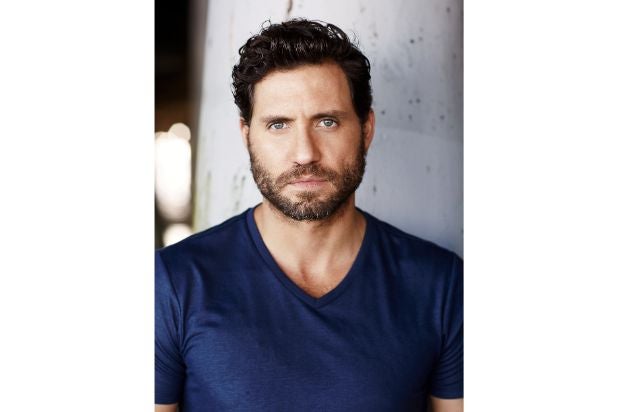 Edgar Ramirez has joined the cast of “Borderlands,” the video game adaptation set up at Lionsgate from director Eli Roth. He will play the character Atlas, a business titan and arms manufacturer and the most powerful person in the game’s universe.

“Borderlands” now has an official synopsis as well, which is based on the Gearbox and 2K first-person shooter and role playing game in which players portray a team of Vault Hunters on a planet called Pandora who battle against local bandits and marauders in their search for a hidden vault rumored to contain advanced alien technology. Here’s the full synopsis:

Two-time Academy Award® winner Cate Blanchett teams up with Kevin Hart in director Eli Roth’s Borderlands. Lilith (Blanchett), an infamous outlaw with a mysterious past, reluctantly returns to her home planet of Pandora to find the missing daughter of the universe’s most powerful S.O.B., Atlas (Ramirez). Lilith forms an alliance with an unexpected team – Roland (Hart), a former elite mercenary, now desperate for redemption; Tiny Tina (Greenblatt), a feral pre-teen demolitionist; Krieg (Munteanu), Tina’s musclebound, rhetorically challenged protector; Tannis (Curtis), the scientist with a tenuous grip on sanity; and Claptrap (Black), a persistently wiseass robot. These unlikely heroes must battle alien monsters and dangerous bandits to find and protect the missing girl, who may hold the key to unimaginable power. The fate of the universe could be in their hands – but they’ll be fighting for something more: each other. Based on the game from Gearbox and 2K, one of the bestselling videogame franchises of all time, welcome to Borderlands.

“What an incredible honor to have an actor of Edgar’s caliber, talent, and charisma playing opposite Cate Blanchett and this remarkable cast. Atlas has to be a truly magnetic personality, someone with charisma and charm but that air of menace underneath it all. I’ve been a fan of Edgar’s since his early performances and he continues to amaze me with each dramatic turn. We want to create something wild, fun, and very different from anything they’ve seen from Edgar before. I am so, so excited to work with him,” Roth said in a statement.

The “Borderlands” games have sold more than 68 million units worldwide, and the third game and most recent installment from 2019 has already sold more than 12 million copies.

The latest draft of the screenplay is by the two-time Emmy-winning screenwriter Craig Mazin. Avi Arad and Ari Arad are producing through their Arad Productions banner, with Erik Feig also producing through PICTURESTART. The film’s executive producers are Randy Pitchford, executive producer of the “Borderlands” video game franchise and founder of the Gearbox Entertainment Company, and Strauss Zelnick, chairman and CEO of Take-Two Interactive.

Edgar Ramirez currently stars in “Yes Day” for Netflix and recently starred in “The Undoing” for HBO. He will next star in Disney’s “Jungle Cruise” and Universal’s “The 355.” He’s a two-time Golden Globe nominee for his performances as Carlos the Jackal in “Carlos” and as Gianni Versace in “American Crime Story.” Ramirez is represented by CAA, Impression Entertainment, Narrative and Hirsch Wallenstein.

Robert Melnik negotiated the deal on behalf of Lionsgate.