Home » TV and Movies » EastEnders: Who is Katy Lewis and how is she connected to Mick Carter?

EastEnders: Who is Katy Lewis and how is she connected to Mick Carter?

EastEnders’ Mick Carter (played by Danny Dyer) has had more than his fair share of trouble since moving to Albert Square. If the rape of wife Linda Carter (Kellie Bright) and the rivalry with Stewart Highway which landed him in prison wasn’t enough, selling the Queen Vic to help with Linda’s recovery certainly stuck the boot in. During lockdown, Mick hasn’t been able to find work so while Linda has been at the launderette, he’s been taking of their young autistic son Ollie.

Mick is the cheeky chappy of Walford but as he remains unemployed and frustrated, he has lost the spring in his step.

What made him even more concerned was sister Tina Carter’s (Luisa Bradshaw-White) new barmaid at the Prince Albert Frankie (Rose Ayling-Ellis).

Mick saw how she had taken numerous pictures of his family, including son Ollie who resembled her younger brother who died several years ago.

So when he found out Frankie had taken Ollie to the park, Mick ran over there to get his son and warn her to stay away from his family. 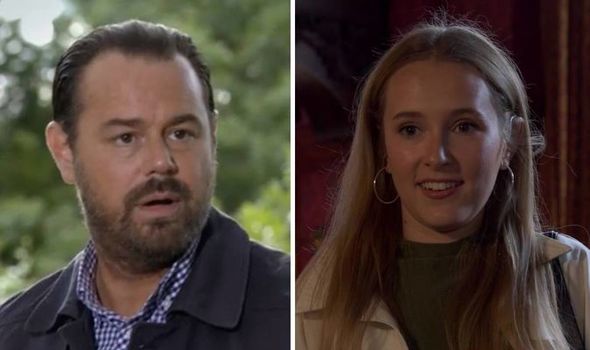 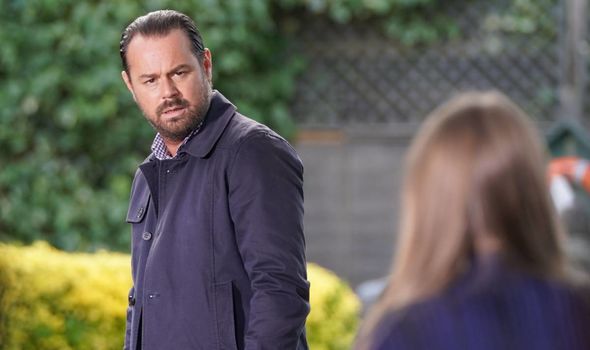 Who is Katy Lewis and how is she connected to Mick Carter?

As Mick started walking off with Ollie having shouted at Frankie, she cried after him saying she was his daughter.

Initially, Mick didn’t believe her and thought she needed medical help but when Frankie mentioned her mum was Katy Lewis, he realised she was actually telling the truth.

Without even realising it, Mick had another daughter with another woman which Linda knows nothing about.

Unfortunately, Mick’s relationship with Katy wasn’t a romantic one. 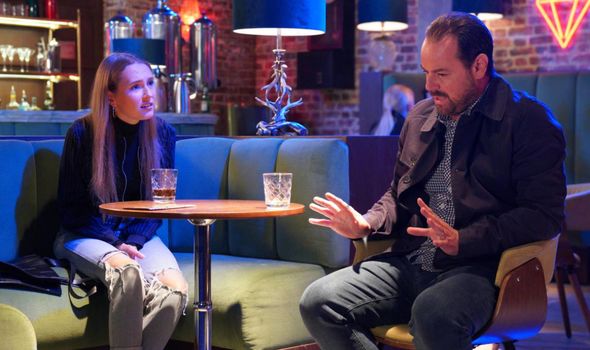 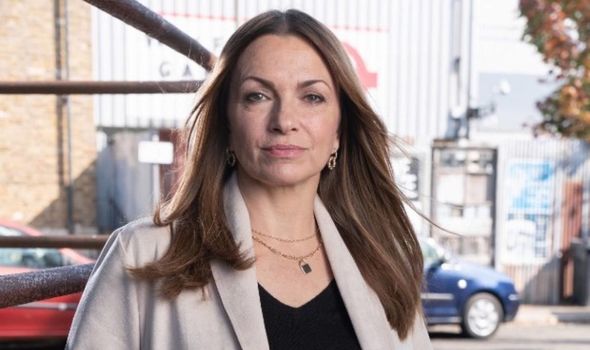 Tina confirmed Katy was her and Mick’s care worker while they were in care as children.

Under her supervision when she was around 20-years-old working as a care worker, Katy sexually abused Mick when he was 12.

Mick has never mentioned that this happened to him so has obviously tried to forget the abuse ever took place.

However, it now seems like Katy fell pregnant with Mick’s child before she left and neither him or Tina had seen her since.

There are questions over whether or not Frankie is being genuine.

But as she was the one who tracked down Mick, it does seem probable that she really is his daughter.

So far, Katy herself has not made appearance in EastEnders but with Frankie now on the square, she is bound to go looking for her daughter.

Although not yet confirmed there could be a recognisable face making her way into EastEnders to take on the role.

The BBC One soap has not officially confirmed if Katy will definitely be making an appearance or who will play her.

She will have links to the Carter family which could mean Lahbib will be the former care worker.

But how will Mick react if he does come face-to-face with his abuser?

EastEnders air four nights a week on BBC One.

Related posts:
Denise Van Outen, Myleene Klass and Becky Vardy get their skates on for first Dancing On Ice training session
Chinese Zodiac Animal: What is a Water Pig and what year is it?
Popular News
NASCAR's Bubba Wallace Berated By Famous Helmet Artist, 'F**k Bubba & F**k BLM'
22/10/2020
Man Utd wonderkid Ramon Calliste, called ‘the next Giggs’, now owns luxury watch business and makes £5m a year – The Sun
26/03/2020
Megan Thee Stallion Addresses Criticism Over Twerking: ‘I Love to Shake My A**’
26/03/2020
Police guard shops to stop coronavirus panic-buyers and enforce social distancing – The Sun
26/03/2020
Coronavirus: Good Morning Britain’s Dr Hilary reveals ‘game-changing’ self-testing kit
26/03/2020
Recent Posts
This website uses cookies to improve your user experience and to provide you with advertisements that are relevant to your interests. By continuing to browse the site you are agreeing to our use of cookies.Ok