EastEnders: Peter Beale falls as he runs around the square naked

Isaac Baptiste (played by Stevie Basaula) is looking for love in EastEnders but his mum Sheree Trueman (Suzette Llewellyn) won’t be pleased with his plans. The Walford teacher is keen to embark on a committed relationship and is ready to open up about a secret health problem with Lola Pearce (Danielle Harold) however his mum sabotages his love life to try and keep his diagnosis hidden.

Kim Fox (Tameka Empson) sets on a mission to get Isaac a date but is surprised when Whitney Dean (Shona McGarty) turns her down.

Isaac is pleasantly surprised when Lola turns up but the night ends abruptly when the teacher mistakenly believes his date was paid to be there.

Sheree is upset with Kim for setting her son up but refuses to explain why and the pair are both shocked when Isaac returns home angry.

The feisty mum tells the teacher Lola wanted to go on a date with him leaving him feeling foolish. 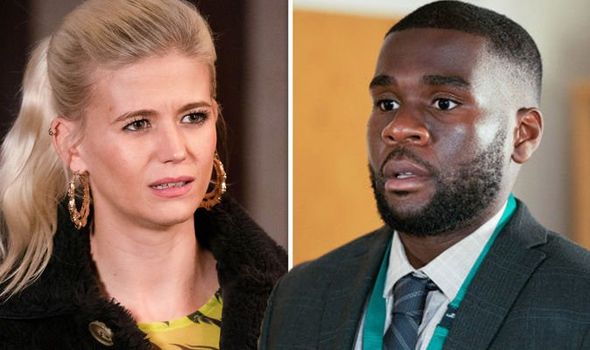 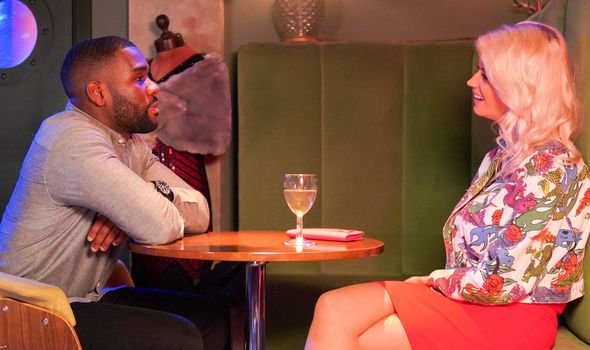 Determined to give the date another try, Isaac apologies to Lola and invites her out again while a furious Sheree looks on.

Keen to stop the budding romance, Sheree demands her son take out Patrick Trueman (Rudolph Walker) and the father and son briefly bond over taking medication.

When Sheree joins them in the Queen Vic, Patrick realises his wife wanted to keep an eye on him and urges him to meet with Lola.

Sheree tries to stop her son by warning him he’s not ready for a serious relationship but he storms off. 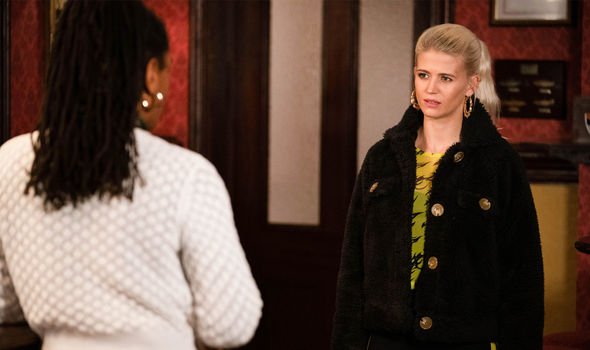 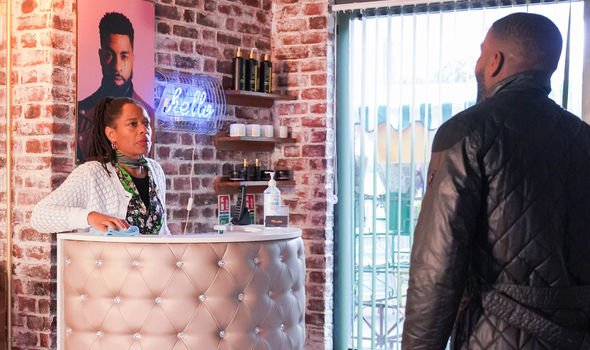 Sheree rushes off to find Lola before her son can and shares some cruel home truths to stop the romance in its tracks.

The teacher is crushed when the hairdresser doesn’t return his calls but a heart to heart with Patrick reveals his mum’s meddling.

Isaac heads over to the salon and scolds his mum for getting involved in his love life.

She warns him no one will want to be with him if he tells people the truth about his medical condition but the teacher explains it’s time to be open and honest.

How will Lola react to Isaac’s health confession and will it cause her to end any hopes of a romance between them?

Discussing Sheree’s influence over her son, Stevie said: “I think he’s always resisted Sheree getting involved in his business, especially his love life.

“He’s a bit more protective over Lola because he really likes her and he trusts that he can be himself with her – so there’s really no need for Sheree to worry.

“She continually interferes and Isaac reaches a point where he’s had enough and lets her know.”

He explained Isaac’s furious with his mum’s constant interventions and added: “He’s really angry and frustrated by that point because he’s warned Sheree before and told her to back off.

“But the fact she’s gone behind his back to potentially scare Lola off, he’s really upset.

“He doesn’t understand why she won’t allow him to make his own decisions, he’s quite capable of looking after himself.

“When it comes to Lola, he feels like she’s great and understanding and the world has moved on from how Sheree might feel about things.”

EastEnders continues on BBC One on Thursday at 7.35pm.