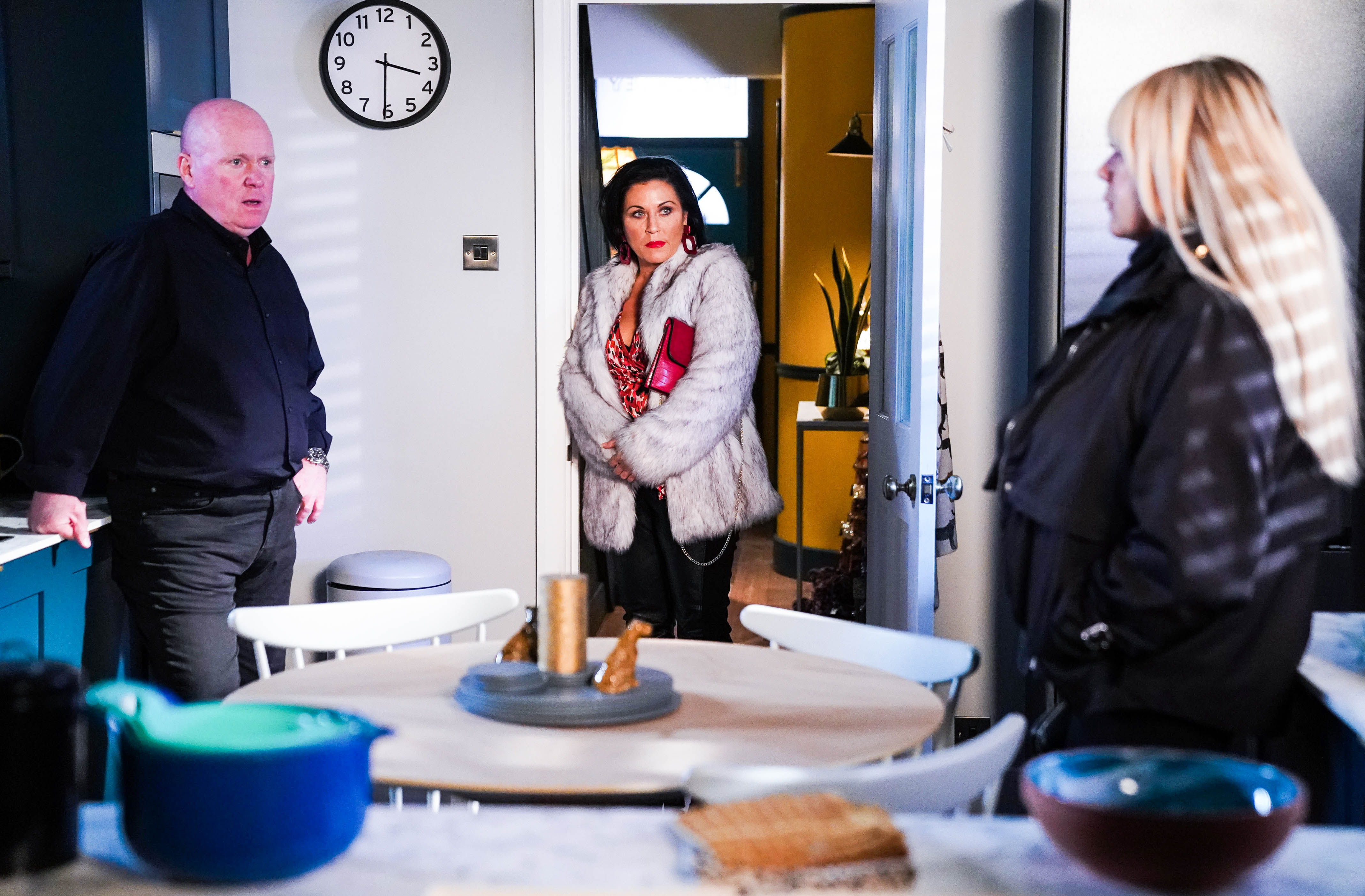 Phil Mitchell (Steve McFadden) could be set to make a swift exit from Albert Square this festive season, as upcoming EastEnders scenes will see the legend take drastic action.

The soap’s most iconic hard-man is on a mission to track down missing Jada Lennox (Kelsey Calladine-Smith), who ran away with daughter Alyssa last month.

Feeling incredibly guilty for the role he played in Jada’s disappearance, Phil enlists the help of a PI, who fails to find anything substantial regarding the teen’s whereabouts.

He later relays the bad news to Sharon Watts (Letitia Dean), who invites both he and Kat Slater (Jessie Wallace) to her Christmas party.

Kat declines, but Phil turns up, and this time, he’s got interesting news from the PI.

The former lovers discuss the development further, much to Kat’s dismay. Phil subsequently invites Sharon to Christmas dinner, leaving Kat livid, as they reminisce about days gone by.

The following week, Phil makes it clear that he’d like to spend time with Raymond, but Denise Fox (Diane Parish) tells him that he cannot see his son until after the New Year.

Phil, however, ends up spending time with Raymond anyway, and things take quite the turn when the hard-man is out of earshot.

The question is: what transpires?

We couldn’t possibly tell you that!

Sharon, meanwhile, invites both Kat and Phil out to the Albert, and she comes to realise that Kat is keeping a secret.

Sharon questions her, forcing Kat to admit the truth. Phil, however, overhears, and he subsequently confronts Denise, who issues him with a warning.

Kat is panicked, while Sharon knows full well Phil is up to something. Denise, meanwhile, knows Phil could be intent on retaliating.

The question is: will Phil get revenge for whatever it is that has happened? And if so, will it lead to his exit?

One to watch: Friday December 31 on BBC One.