Eamonn Holmes and Ruth Langsford kicked off This Morning with their topical View segment and were joined by India Willoughby and Christine Hamilton to discuss the latest headlines dominating the news. The presenters began by talking about the new guideline which will see face masks or coverings become mandatory from next week in all shops and on public transport in England. Langsford said politicians should be setting an example, referring to Michael Gove MP being seen recently without a face covering, but Holmes quickly interjected and said his wife was being “unfair” and defended the politician.

“If the politicians don’t [wear masks] India – and we saw Michael Gove coming out of a coffee shop, collecting his lunch or breakfast – without a mask,” Langsford said referring to an image which showed the MP walking out of a shop earlier this week without a face covering.

“In fairness – but he was doing that before the policy was announced,” Holmes argued. “I think that’s a bit unfair really.”

“But at this point, people had been wearing masks -“ Langsford continued. 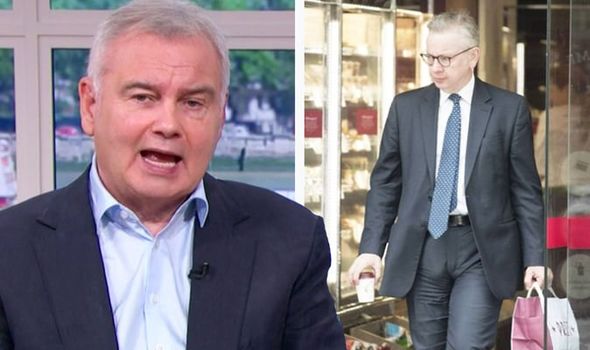 “He must’ve known that this was coming [making face masks mandatory], if you’re going to ask the general public to do that, then surely you have to set an example,” Langsford stated.

Hamilton added her opinion: “There seems to be a certain amount of disagreement at high places in government and Michael Gove and Matt Hancock.

“And I heard Matt Hancock on the radio this morning and he was asked about Michael Gove and his reply was ‘I’m not interested!’

“In other words ‘I don’t care what Michael Gove thinks this is my policy and this is what we’re going to do!’ 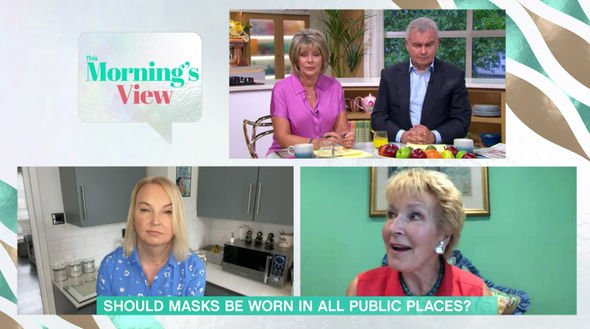 “But I do agree, it is slightly unfair to take an old photograph and apply it to now,” the guest said.

It comes after the MP was seen failing to wear a face coving while shopping two days ago – after he told the public it was “good sense” to do so.

On Sunday, the cabinet minister told TV viewers during an appearance on the Andrew Marr show: “It is basic good manners, courtesy and consideration to wear face mask, if for example, you are in a shop.”

Yesterday he was photographed in a popular food and beverage show without a mask. 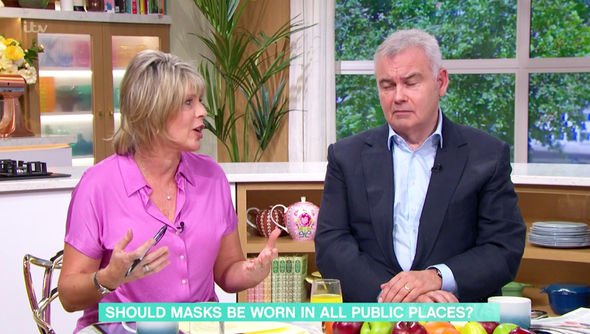 It comes after the government announced face masks and coverings are to become compulsory in England’s shops.

From July 24, those who fail to comply with the news rules all face up to £100 fine.

Upon the announcement, Health Secretary Matt Hancock said it would “give people more confidence to shop safely and enhance protections for those who work in shops”.

The move will bring England into line with Scotland and other major European nations like Spain, Italy and Germany.

This Morning airs weekdays at 10am on ITV.

Related posts:
Coronation Street spoilers: Denise Osbourne’s link to Nicky ‘exposed’ in huge Daniel twist
San Sebastian Chief Updates On 2020 Fest: “Many Delegates” Expected, U.S. Movie Prospects & Controversial Directors
Popular News
The Masked Singer: Viking to storm to victory as difficult clues keep identity under wraps
16/01/2021
Man Utd wonderkid Ramon Calliste, called ‘the next Giggs’, now owns luxury watch business and makes £5m a year – The Sun
26/03/2020
Megan Thee Stallion Addresses Criticism Over Twerking: ‘I Love to Shake My A**’
26/03/2020
Police guard shops to stop coronavirus panic-buyers and enforce social distancing – The Sun
26/03/2020
Coronavirus: Good Morning Britain’s Dr Hilary reveals ‘game-changing’ self-testing kit
26/03/2020
Recent Posts
This website uses cookies to improve your user experience and to provide you with advertisements that are relevant to your interests. By continuing to browse the site you are agreeing to our use of cookies.Ok