Home » TV and Movies » Dick Strawbridge: Escape to the Chateau star in tears as he receives rare gift

Dick Strawbridge: Escape to the Chateau star in tears as he receives rare gift

Escape to the Chateau will be back on-screens this Sunday as Dick Strawbridge returns with Angel and their two children, giving viewers a peek inside their beautiful French home. Channel 4 viewers have followed the couple’s renovations of the beautiful property in Château in Martigné-Sur-Mayenne, France, since they purchased it nearly six years ago. One moment on the popular show saw Dick left emotional when his wife gifted him with a first-edition cookbook to take pride of place in their library.

Dick is well-known for his love of food after appearing in the 2010 edition of Celebrity MasterChef – where he made it to the final.

The Escape to the Chateau star has released a number of cookbooks and food guides in recent years focusing on home produce.

In one episode of the Channel 4 show, his wife Angel left him emotional after giving him a first-edition cookbook.

His son Arthur handed him the gift, saying: “It’s for you, open it!” 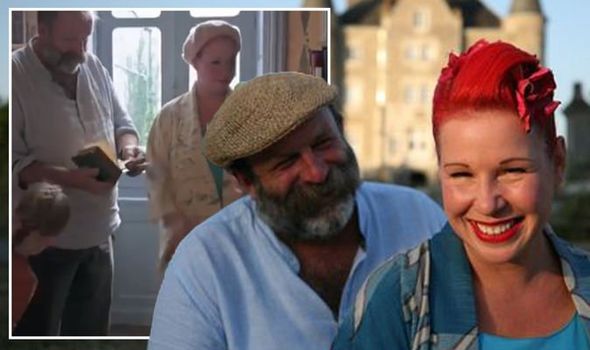 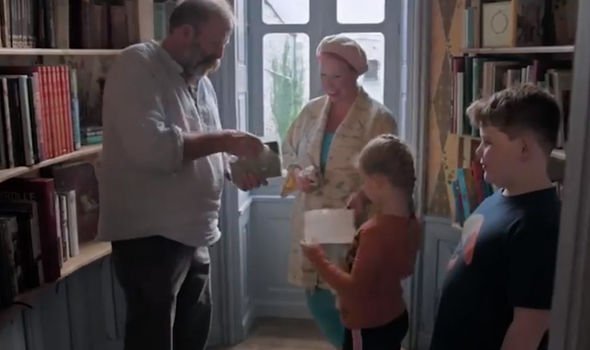 “The English version,” Angel added before Dick gave some information on just why the book was so special 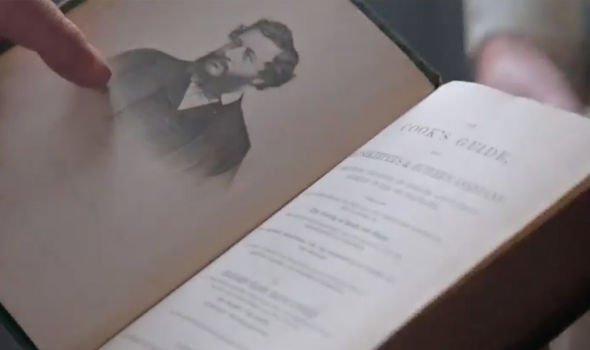 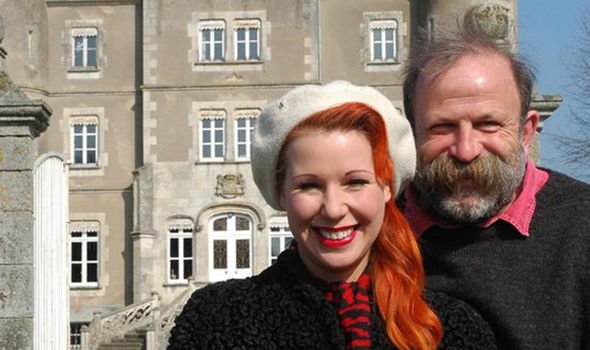 He told his children: “This man, look, look, look. See this man, very handsome as he is, he was Queen Victoria’s chef!”

The Channel 4 star went on to explain why the book was so significant.

Dick said: “This is his book and do you know when he was writing? Seven years before the chateau was built.

“By the way, the people who would have been eating here would probably have been looking at some of the recipes the Queen of England was eating.”

He continued: “Francatelli was the man doing it for Queen Victoria,” before giving his wife a kiss on the cheek.

“Who loves our library?” Angel asked, with their son Arthur saying: “Yes!”

However, she replied: “But you’re much more interested in your cardboard robot hands aren’t you?”

“That’s beautiful, I can’t wait to sit down and read it,” Dick gushed – slotting the cookbook into place in their library.

Fans have continued to praise the couple as the show’s seventh series airs, with one writing on Twitter: “They’re so uplifting to watch. They are literally my all-time favourite couple #EscapeToTheChateau.”

“Just catching up with #escapetothechateau and I’m fascinated by all the treasures Angel has found in her outbuildings. I’m so jealous I don’t live in a 19th-century French chateau,” shared another.

A third commented: “Caught up on the Chateau this morning. I am never any less amazed by the skill of @dickstrawbridge – such a clever man! What a dream team he and Angel make! #escapetothechateau.”

Another fan asked: “From creating a curved bookshelf to growing a fantastic moustache, is there anything @dickstrawbridge can’t do?! #escapetothechateau.”

Escape to the Chateau airs Sundays at 9pm on Channel 4.

Related posts:
Doctor's shocking video shows the last thing dying Covid patients will see
How I'm Staying Connected to Family Even Though I'm Not Going Home For the Holidays
Popular News
Mum feeds family-of-four for £1.50 each a day and shares her monthly meal plan so you can too
24/01/2021
Man Utd wonderkid Ramon Calliste, called ‘the next Giggs’, now owns luxury watch business and makes £5m a year – The Sun
26/03/2020
Megan Thee Stallion Addresses Criticism Over Twerking: ‘I Love to Shake My A**’
26/03/2020
Police guard shops to stop coronavirus panic-buyers and enforce social distancing – The Sun
26/03/2020
Coronavirus: Good Morning Britain’s Dr Hilary reveals ‘game-changing’ self-testing kit
26/03/2020
Recent Posts
This website uses cookies to improve your user experience and to provide you with advertisements that are relevant to your interests. By continuing to browse the site you are agreeing to our use of cookies.Ok