Escape to the Chateau: Angel cries as she enters house in 2016

The Channel 4 series Escape to The Chateau has documented Dick and Angel’s momentous project which they first undertook a few years ago when they decided to convert a 45-room chateau into a family home and new business. The husband and wife team admitted they had their differences in approach when the project began, and Dick had to force a more realistic process after Angel expressed her huge ideas for the place.

The fourth episode of the first series explained that nine of the rooms had had a revamp for the first time in half a century.

But that meant 36 rooms were yet to be touched, with a lot of the basics still missing.

Dick explained: “I had to really be quite brutal and say ‘what has to be done’ as to rather ‘what would you like to have done’ and the must-dos are getting a cloakroom at this level, because if you come to our house and want to go to the loo, you can either go to a shed outside or go up several flights of stairs.

“We have to do the must-dos first.” 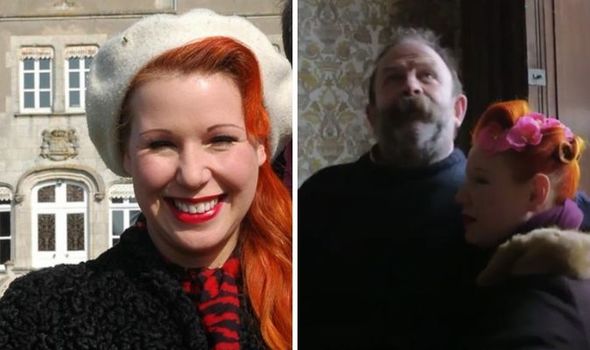 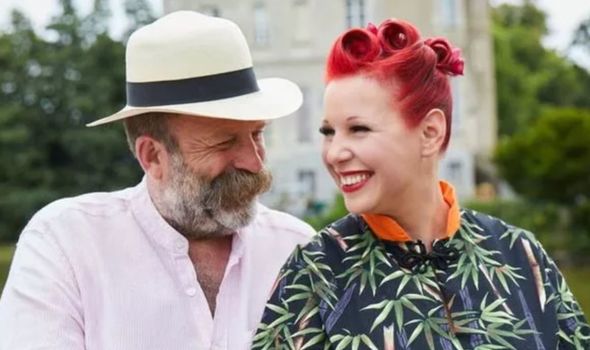 It came as Angel had grand ideas on ways to decorate the rooms and wanted to get started.

She hoped to create a Versailles-inspired downstairs toilet, and was getting creative with her plans.

“Cubicles are going to go here,” Angel said, visualising the potential for the large room and the decorations she’d like to see.

“And we’ve had a lot of debate over how high the cubicles should go up to because I’d quite like a ceiling on my cubicle. 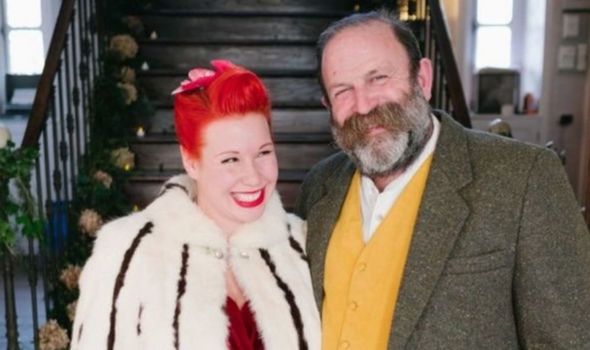 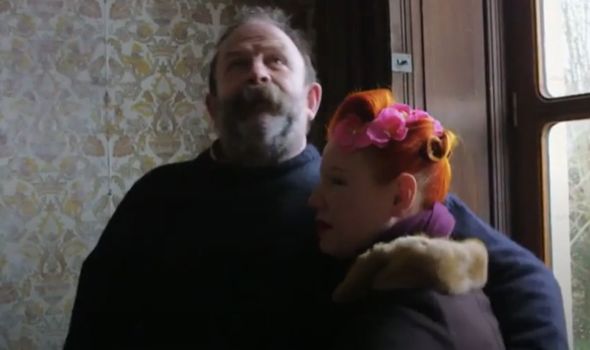 “I know it’s a personal thing. But the biggest thing is just getting started, and getting that vision.”

She added: “And me and Dick agreeing on where stuff can go and how ridiculous I’m allowed to be.”

“I’m looking forward to having a pee in here,” she joked as she walked through the empty, large rooms of the chateau.

The couple took on the huge challenge almost entirely alone, with Dick being an engineer himself and hoping to rely mostly on his own expertise.

The castle, based in Pays de la Loire, near Nantes, has an enormous 45 rooms for their young family to enjoy.

They share two children together: eight-year-old Arthur and seven-year-old Dorothy.

Dick has two more children from his first marriage to Brigit Strawbridge, a son James, now 37, and daughter Charlotte, 35.

Although the family had a lot to think about and sort after making arrangements to buy the chateau, it ultimately proved to be the right decision, because the business has been a success since.

The rest of episode four saw Dick, 61 and Angel, 43, progress with their renovations as they edged closer to their goal of having the castle up and running.

Master builder Steve assisted with some of the tougher jobs, and commented: “You couldn’t work at a better place, could you?”

The coupe also discovered some more secrets of the chateau as they turned to the attic for some inspiration, where they found an old-fashioned magazine which fascinated Angel.

The episode also saw the first paid event at the chateau, as Dick tried to make a pig-roaster out of an oil-tank.

Escape to the Chateau is available to watch on All 4.