THIS Morning's Dermot O'Leary was less than impressed when a guest slammed his hosting skills. 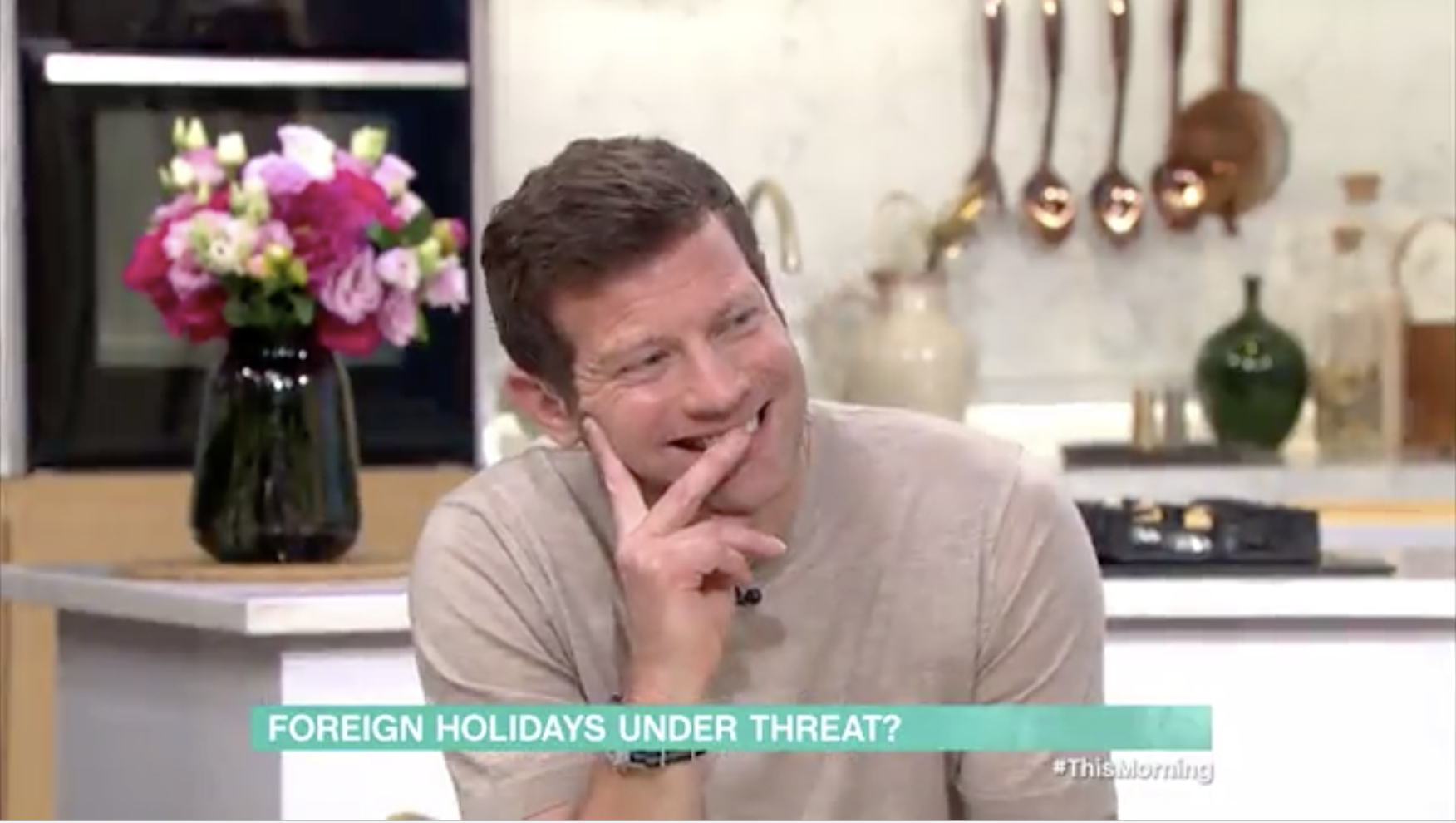 They quickly got on to the topic of when Brits will be able to take off on overseas holidays again, with Nick arguing travel should be allowed for those vaccinated.

"Why can't someone in this country of a certain level with double vaccinations go to another country where there is a similar sort of level?" he argued.

Then came his savage dig: "And I'm just thinking Giles, and everyone else, Alison… and the other fella."

Alison burst out laughing but Dermot did not look impressed as he forced a polite smile. 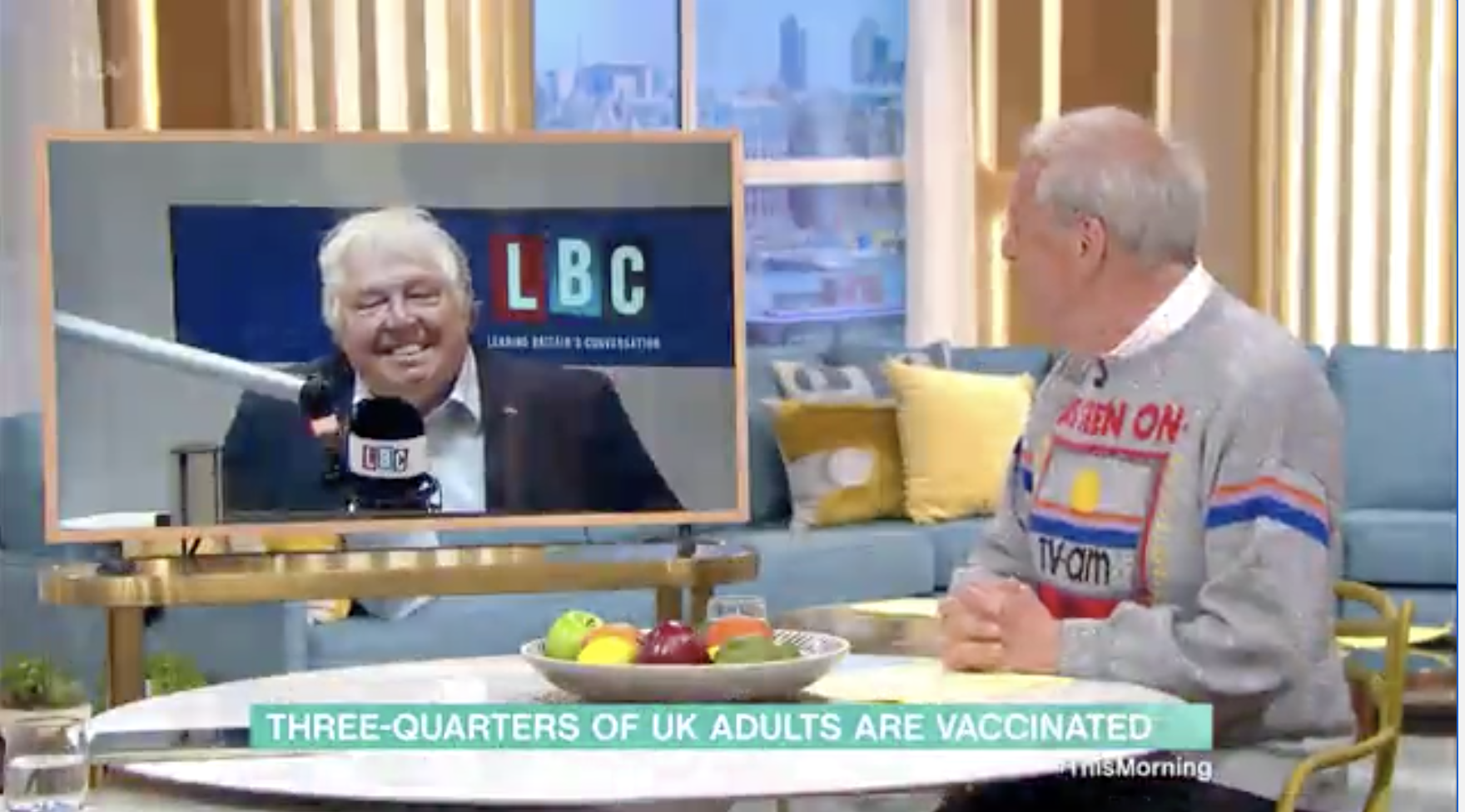 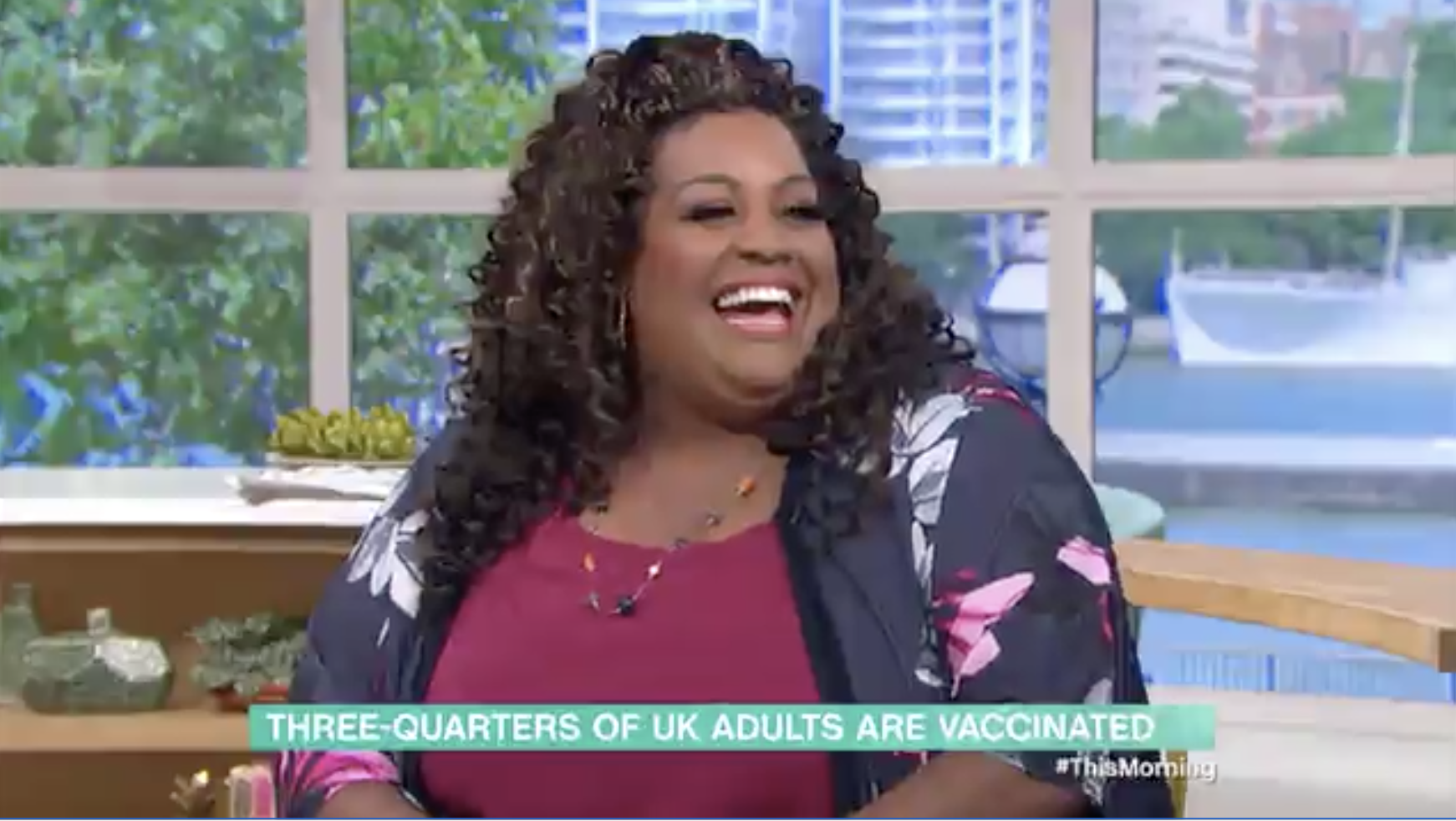 "I was just checking he's there, he's been so quiet! He's never been this quiet, I thought he was having a tea break," Nick continued.

"I'm just thinking that if we don't do this, there are millions of jobs that are reliant in Britain on the airlines, on the travel business, and that is what you have to think of."

It wasn't the only moment Nick quipped at Dermot, after the host replied to one of his remarks and said, "if you want some editorial Nick, there's some editorial for you."

"So he is there," Nick cried in excitement, before the group moved on to a different news item. 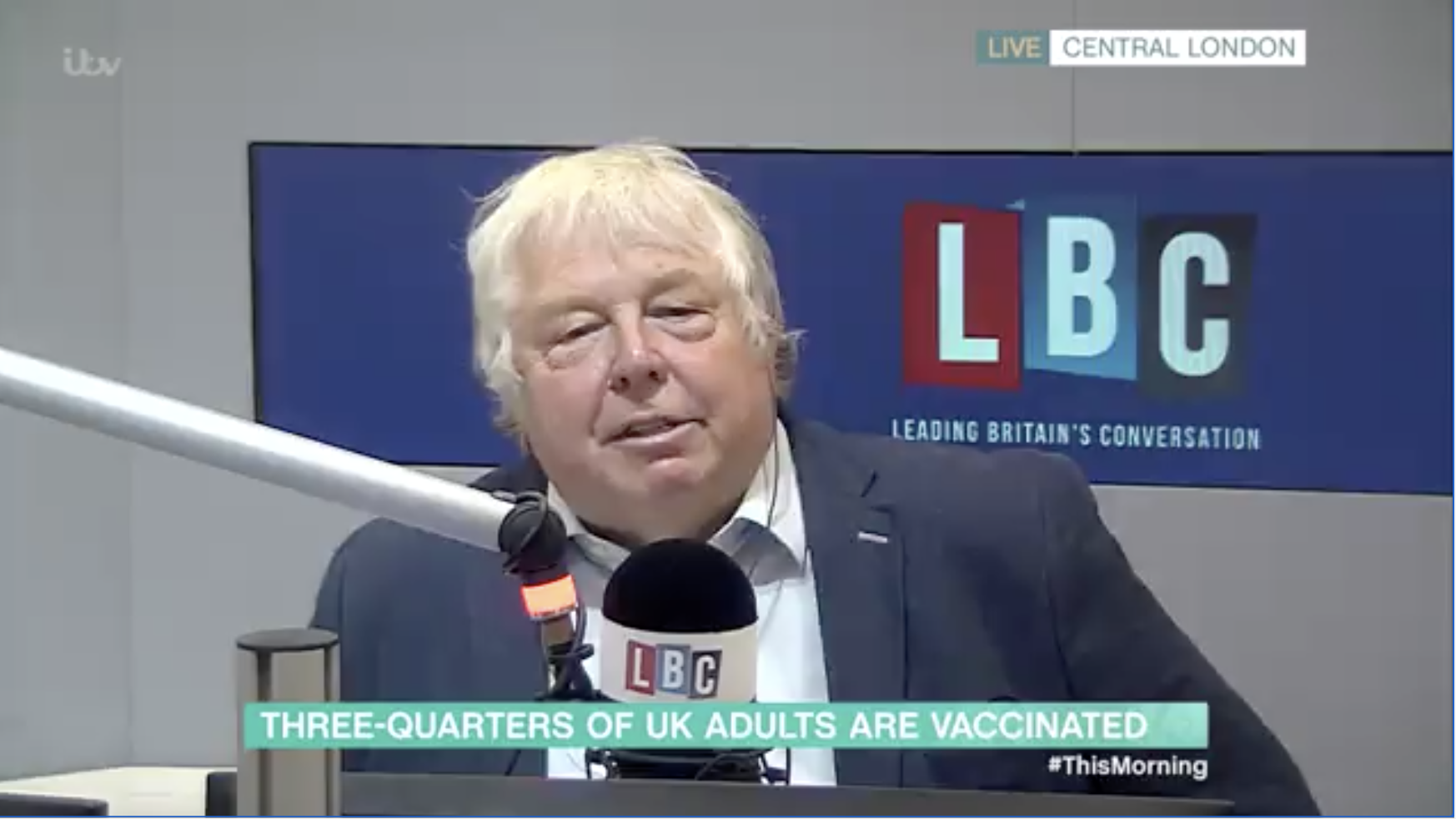 The awkward interaction comes just days after Dermot, 48, got caught up in a debate and clashed repeatedly with news review guest Beverley Turner when she said the Covid vaccine wasn't effective.

Bev, 47, insisted young people are better off rejecting it, saying: "It does not stop you catching or passing on the virus." 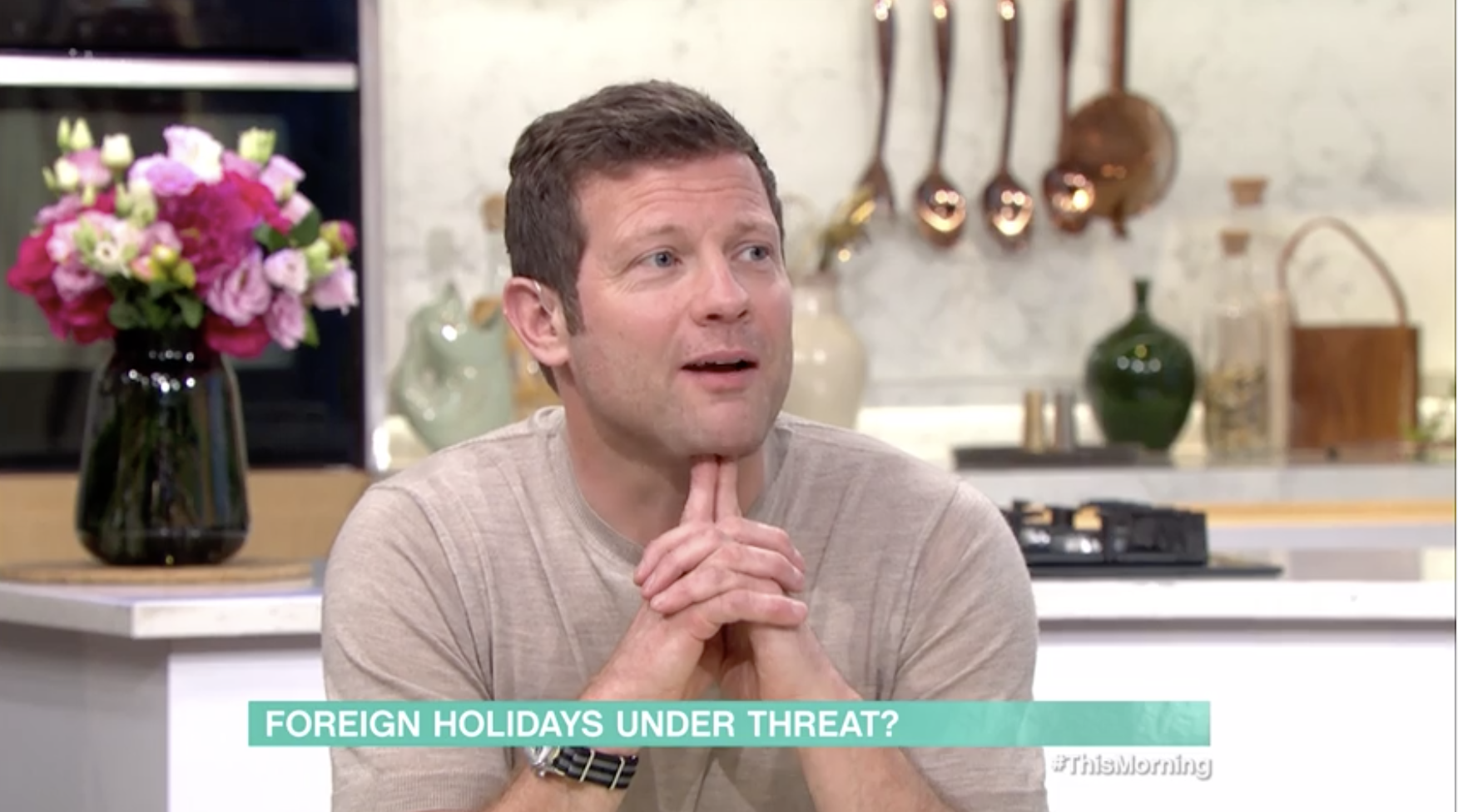 But exasperated This Morning host Dermot told her loudly and sternly: "It does."

The interaction led to Ofcom receiving 122 complaints about the segment, 27 of them supported Bev, insisting Dermot and guest Matthew Wright's claims about the jab weren't correct.

The show descended into heated scenes with everyone, bar This Morning co-host Alison Hammond, trying to make their point.