Home » TV and Movies » Denise Van Outen, Myleene Klass and Becky Vardy get their skates on for first Dancing On Ice training session

Denise Van Outen, Myleene Klass and Becky Vardy get their skates on for first Dancing On Ice training session

DENISE Van Outen, Myleene Klass and Becky Vardy finally got their skates on earlier today for their first ever Dancing On Ice training session.

The Towie voiceover, 46, was joined by the singer, 42, and WAG, 38, at a London ice rink where they spent the day finding their feet on the ice and met Torvill and Dean for the first time. 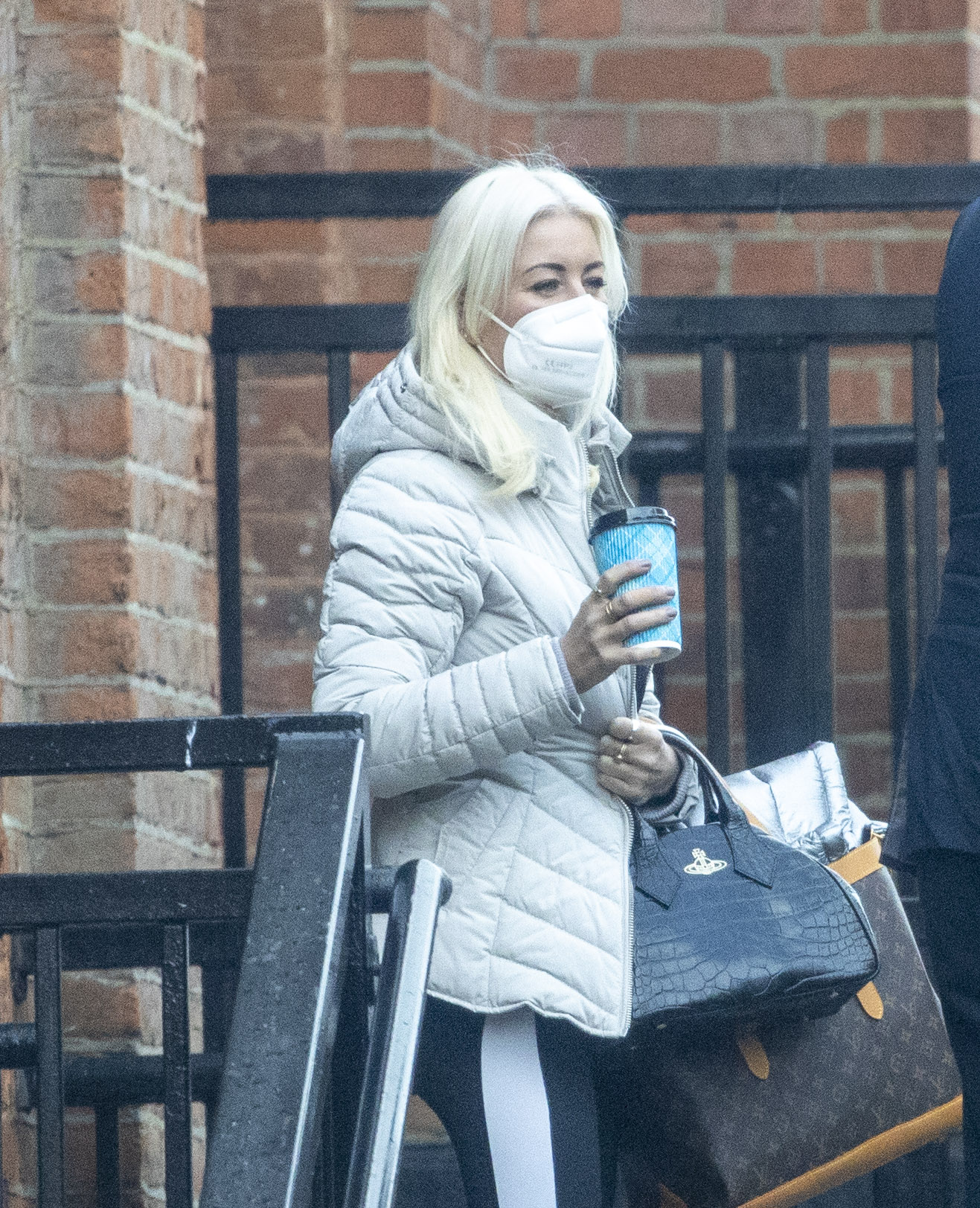 Training for the popular ITV skating competition is now in full swing and the ladies wasted no time getting stuck into things.

Denise – who was the third celebrity to be confirmed as part of the line-up next year – opted for a casual look as she rocked a light grey puffa jacket, some black leggings and a face mask to make sure she adhered to Covid-19 safety measures.

The blonde beauty certainly travelled in style and arrived with a warm cup of coffee in her hand and two designer hand bags with all her necessities.

Myleene rocked a similar vibe to her co-star, with an all black tracksuit and matching biker boots. 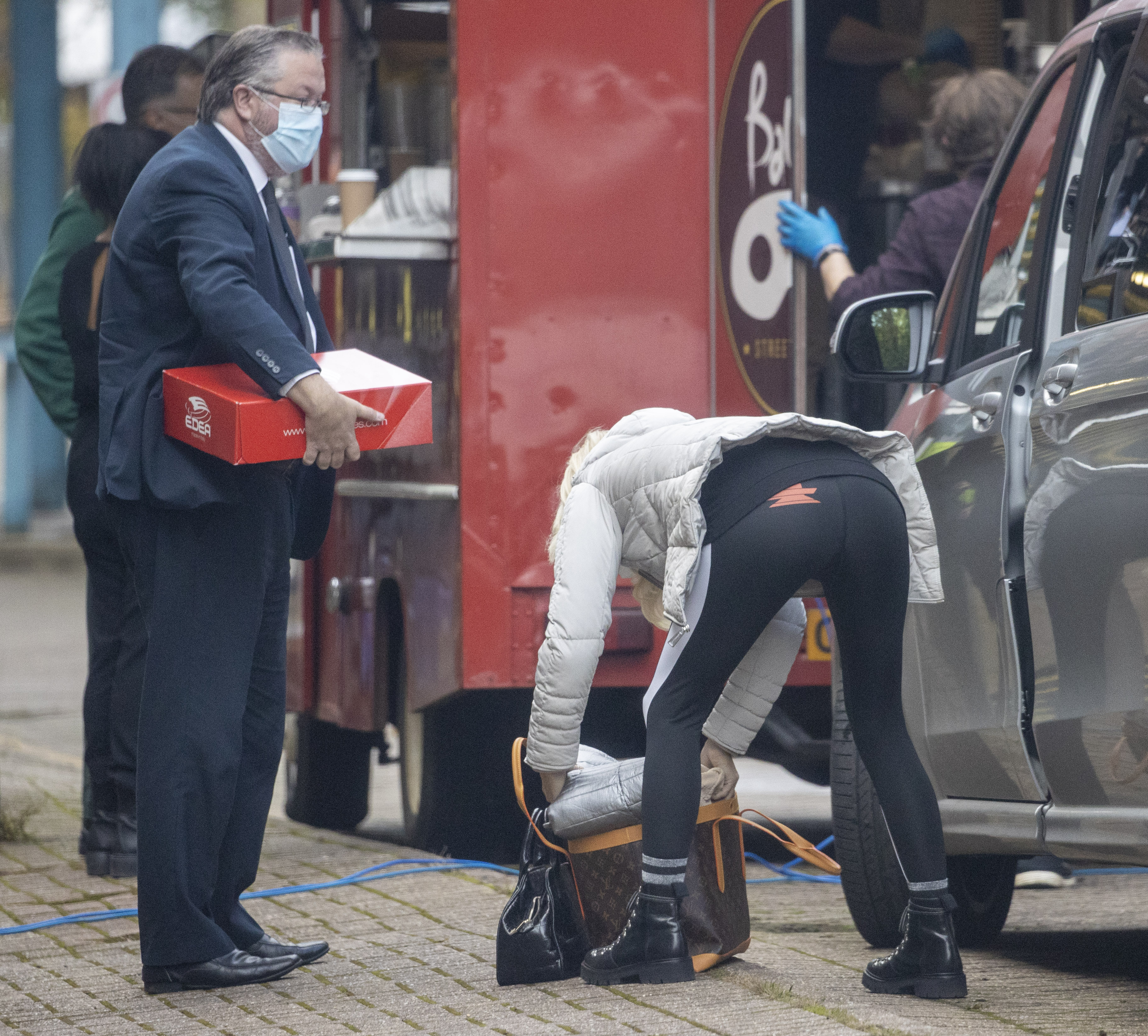 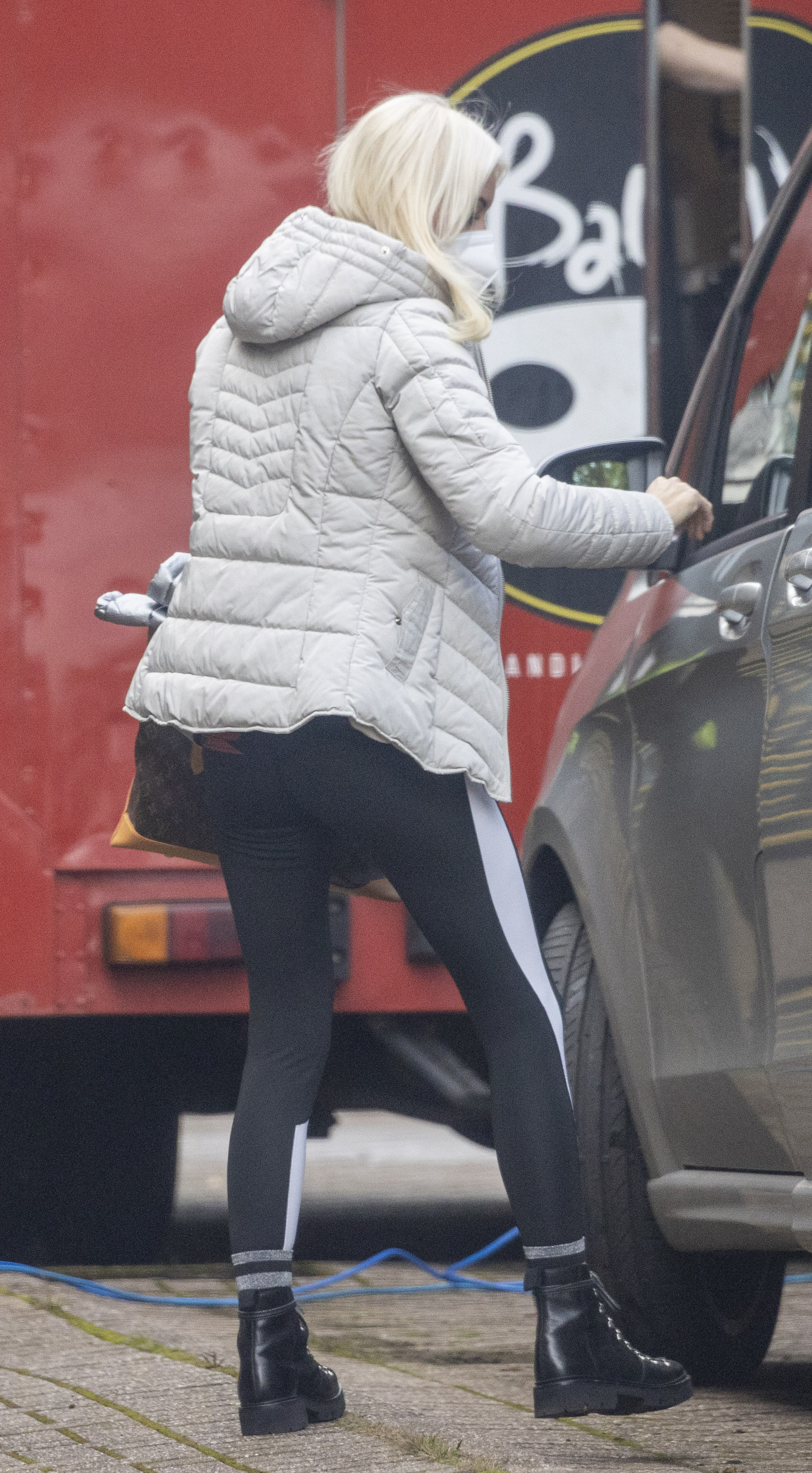 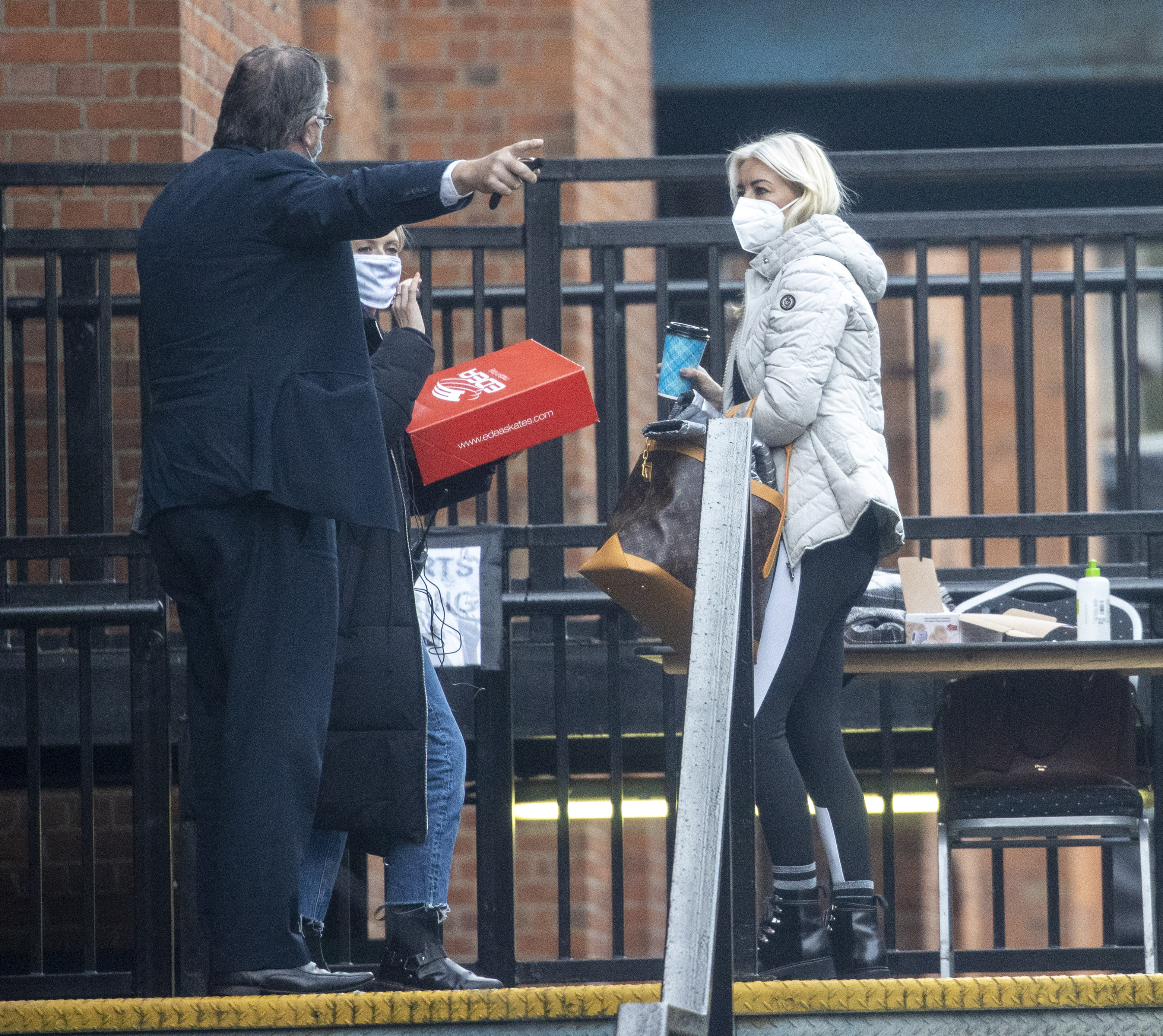 To keep herself extra warm, she finished the look off with a green bomber jacket, a black holdall bag and some oversized sunglasses.

The model opted for an au natural look, wearing not an inch of make-up on her face and pinned her hair back to show off her natural beauty.

She also kept things extremely casual with a peach coloured puffa jacket, some patterned leggings and a cosy black hoodie. 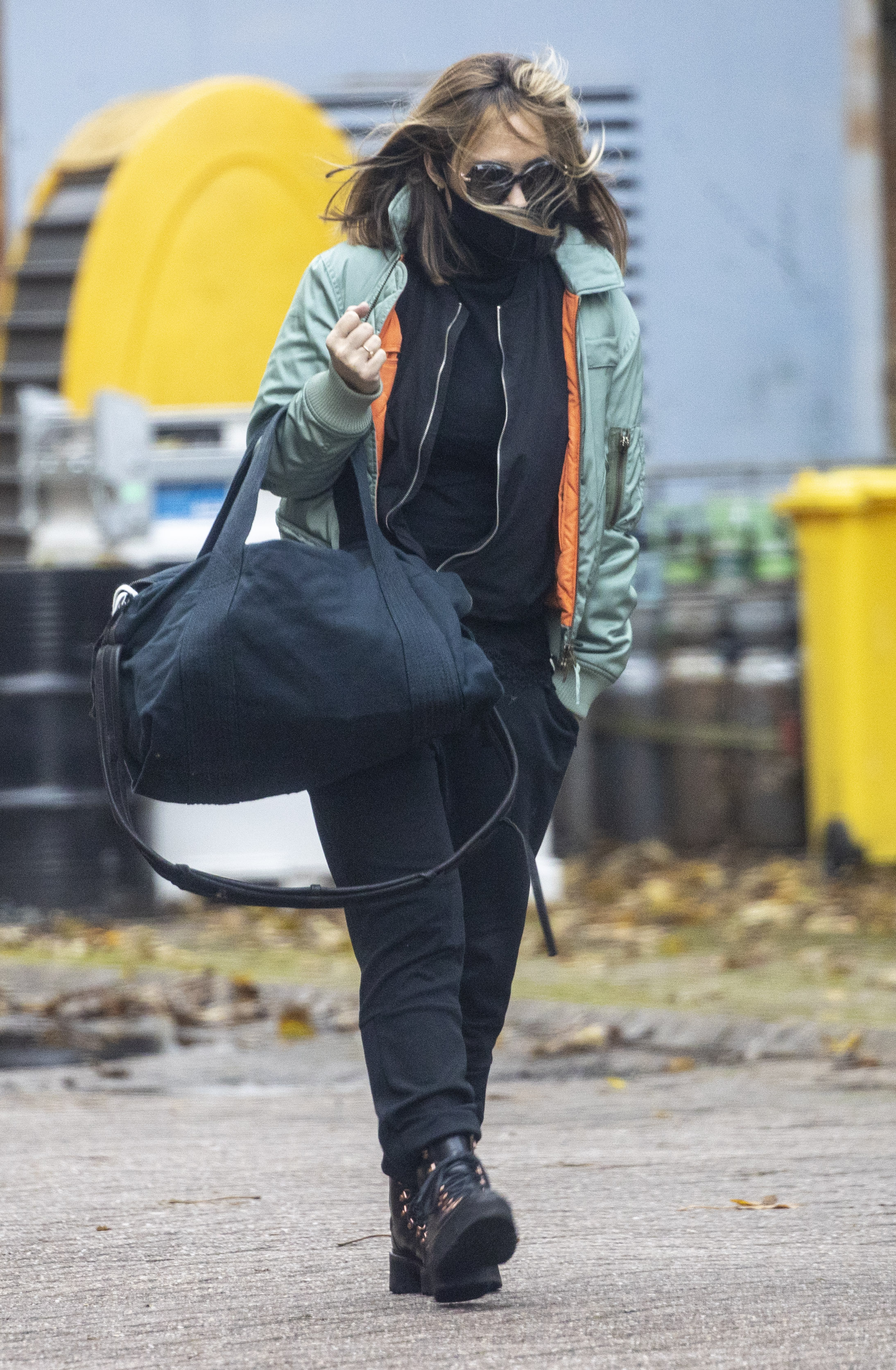 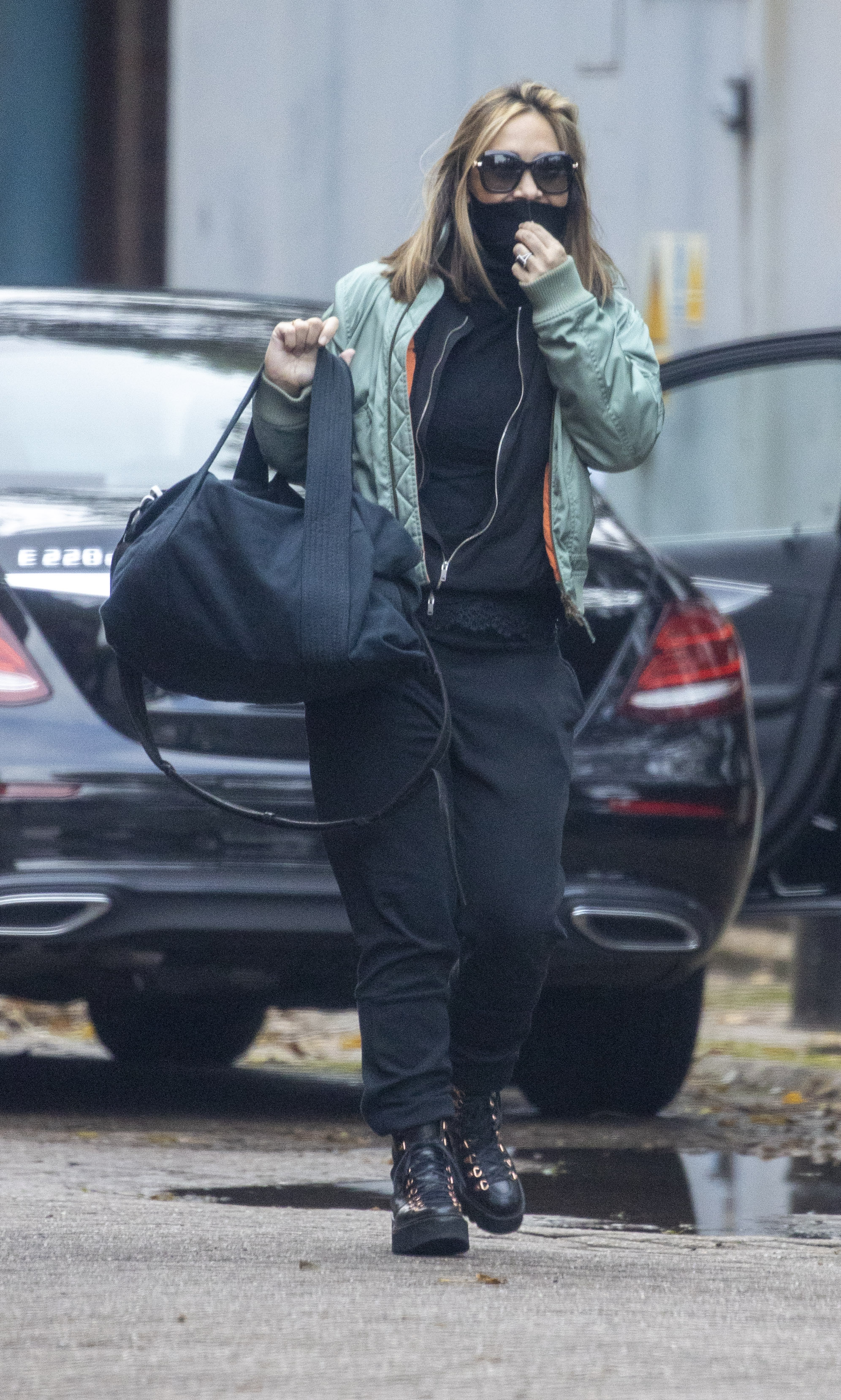 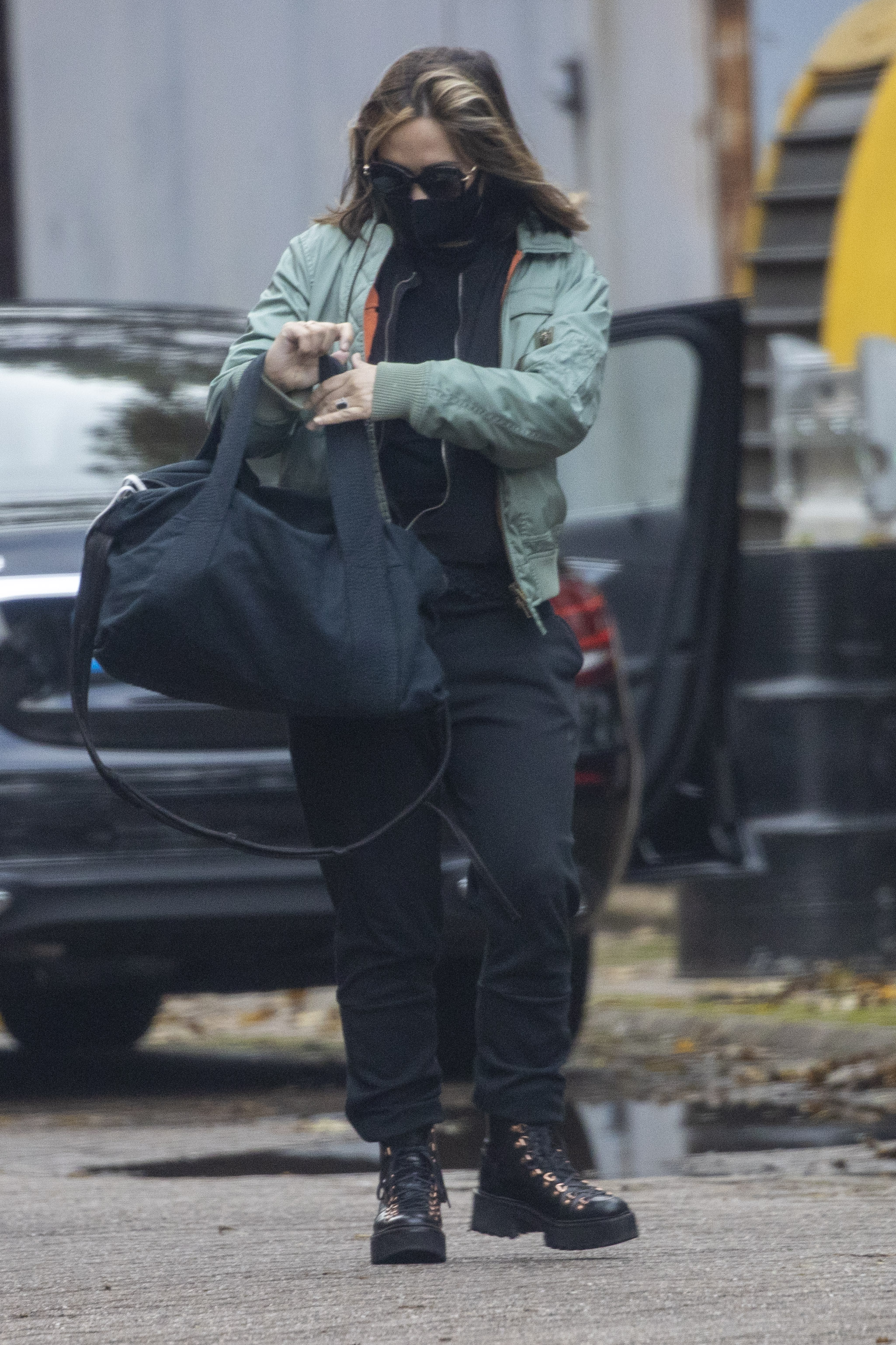 It was revealed earlier this week that Denise had been paired with gay pro Matt Evers despite Rebekah Vardy wanting him to stop cheat rumours.

But next year Matt will be coaching the Towie voiceover.

The pair set the tone for their fabulous new partnership after Matt surprised her on stage during a performance at Proud Embankment on Saturday night. 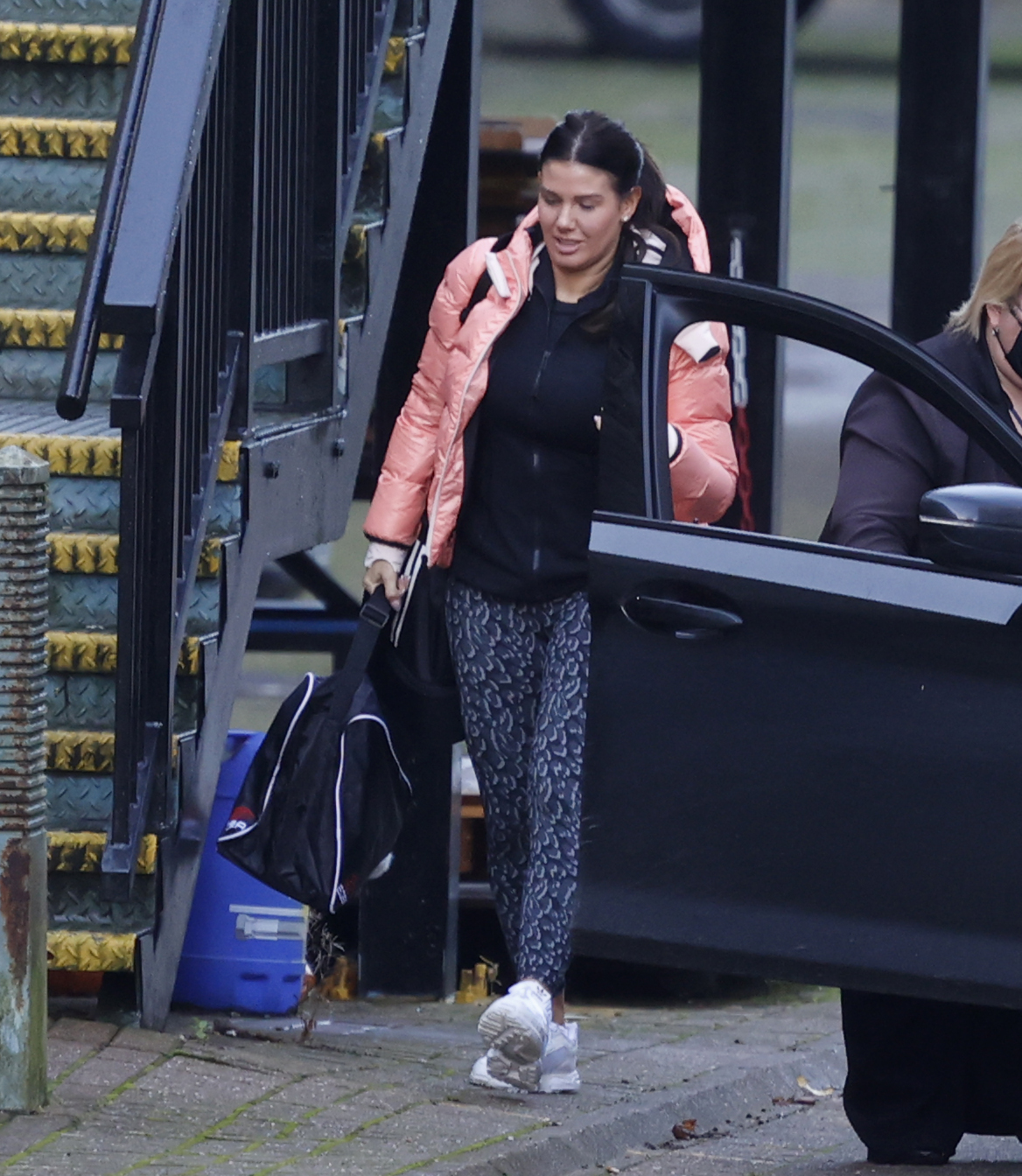 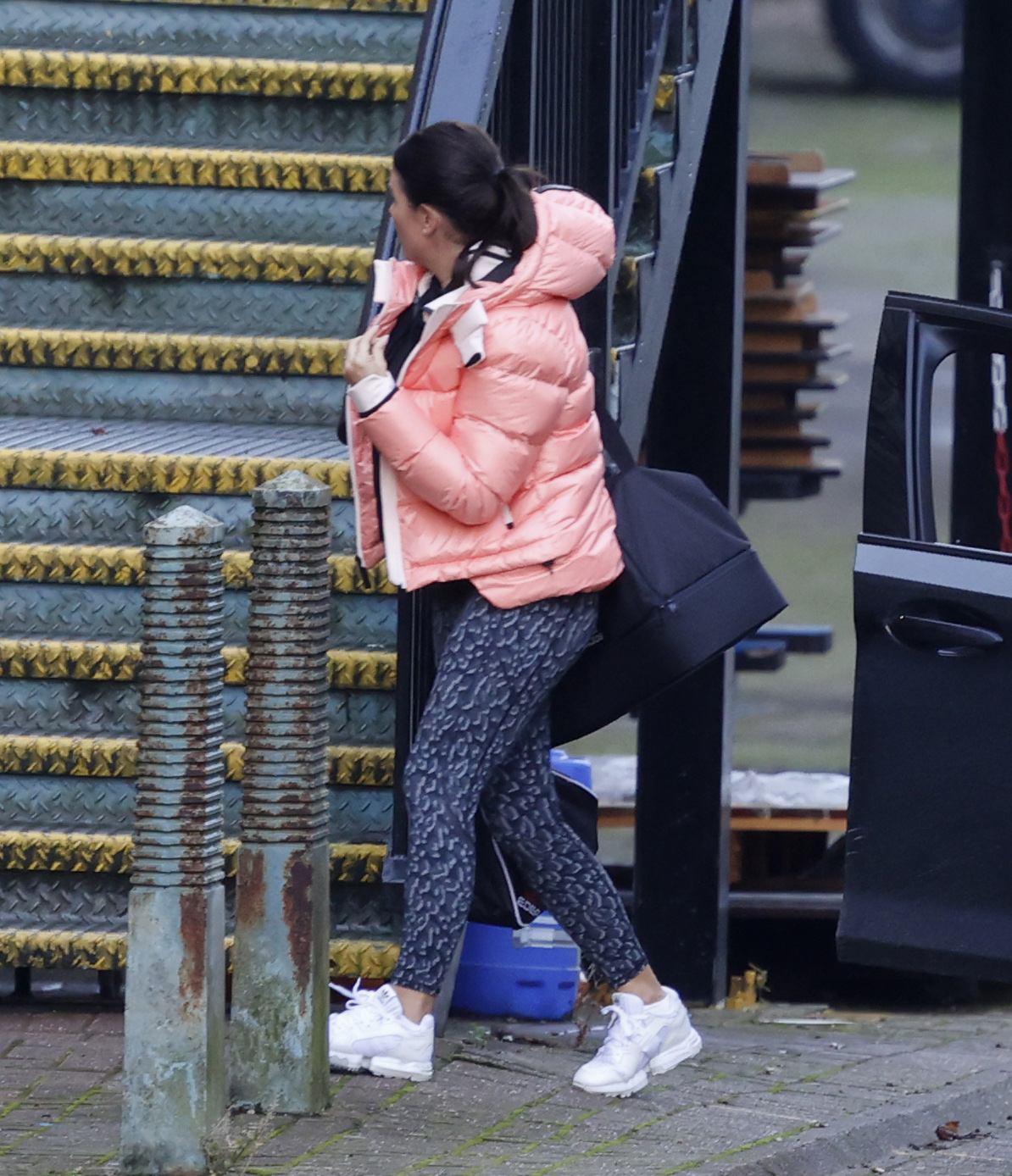 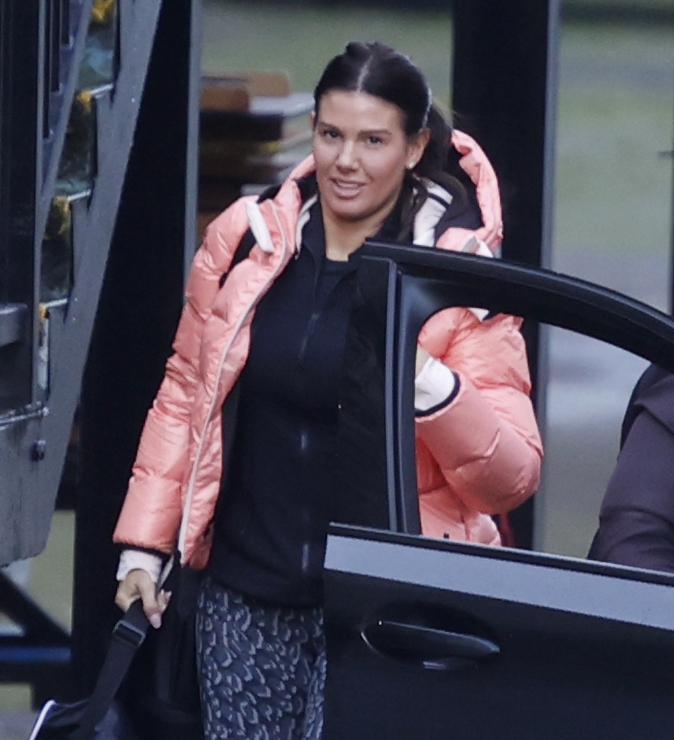 "We can hug! We've been tested," Denise said as he joined her on stage.

Matt then got down on one knee and said: "Denise will you be my ice skating partner for Dancing On Ice 2020?"

"Yes I will!" a delighted Denise said.

The news will be a blow to Becky, married to Leicester City striker Jamie, who believed Matt could have helped her focus on rehearsals ahead of the new series early next year.

"He’s one of the most famous skaters on the show and he’s gay, which means she can spend all her time training and on routines without being linked to him romantically.

“She’s really happy in her relationship with Jamie and doesn’t want anything to rock the boat. She thinks they’d have a winning partnership and could go all the way.”

The ITV series is set to start early next year.

Related posts:
Why Sharon Osbourne Returned to Her Signature Red Hair Color
EastEnders: Who is Katy Lewis and how is she connected to Mick Carter?
Popular News
Gap to close? Fears for retailer as it considers shutting UK stores
23/10/2020
Man Utd wonderkid Ramon Calliste, called ‘the next Giggs’, now owns luxury watch business and makes £5m a year – The Sun
26/03/2020
Megan Thee Stallion Addresses Criticism Over Twerking: ‘I Love to Shake My A**’
26/03/2020
Police guard shops to stop coronavirus panic-buyers and enforce social distancing – The Sun
26/03/2020
Coronavirus: Good Morning Britain’s Dr Hilary reveals ‘game-changing’ self-testing kit
26/03/2020
Recent Posts
This website uses cookies to improve your user experience and to provide you with advertisements that are relevant to your interests. By continuing to browse the site you are agreeing to our use of cookies.Ok