Home » TV and Movies » ‘Decision to Leave’ Review: A Labyrinth of Desire

‘Decision to Leave’ Review: A Labyrinth of Desire

Park Chan-wook’s latest, about a forlorn detective falling for his beautiful suspect, is an exuberant, destabilizing take on a classic film noir setup. 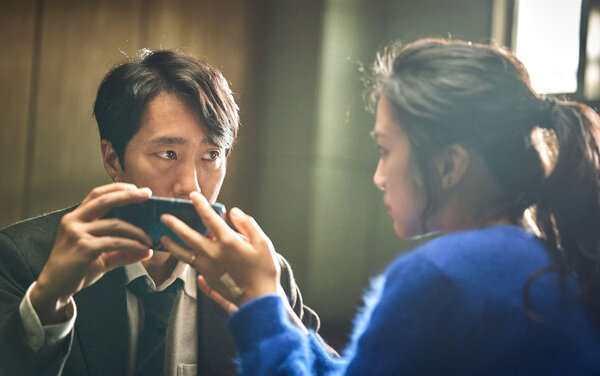 One of the many pleasures of the feverish “Decision to Leave” is that the director Park Chan-wook clearly had as much fun making the movie as you will have watching it. A heady, baroque mystery infused with the kind of old-fashioned romantic fatalism that makes noir-darkened hearts flutter, it is a story of impossible love — though even a determined admirer may wonder if it’s also impossible to get a handle on this sly, ingeniously slippery movie.

Never fear, though, as someone once cautioned me about visiting Venice, you will get lost. But navigating a mystery’s enigmas, sifting through its clues and unlocking its secrets are what draw us to stories like this, and here, even if you find yourself at an apparent dead end, Park will guide you back on track. Both times that I’ve seen “Decision to Leave” I questioned whether the movie was overly addled or I was, both being possible. Who’s the lovelorn gangster, I wondered. What does this or that plot kink have to do with the mystery woman? And why does one detective keep thumping his partner with an electric massager?

Park drops you into the movie so abruptly that you would be forgiven for thinking that you had missed the first 15 minutes (or a prequel). As the staccato of bullets fills the soundtrack, a flurry of rapidly deployed scenes zip by, and the movie jumps from two detectives shooting at an indoor firing range and chatting, and then working a case and talking some more. The opening draws you right in with its destabilizing jump cuts, controlled freneticism, narrative ellipses and oddball swerves — cut to a fog-wreathed discussion about insomnia — which creates an inviting ambiguity. It’s unclear what’s happening; it will remain unclear for a while.