DAVID Beckham recreated his iconic photoshoot from 15 years ago – this time with son Brooklyn behind the camera.

David, 45, shared his son's interpretation of a brooding young Becks in the original snap taken by photography Annie Leibovitz for his very first branded perfume. 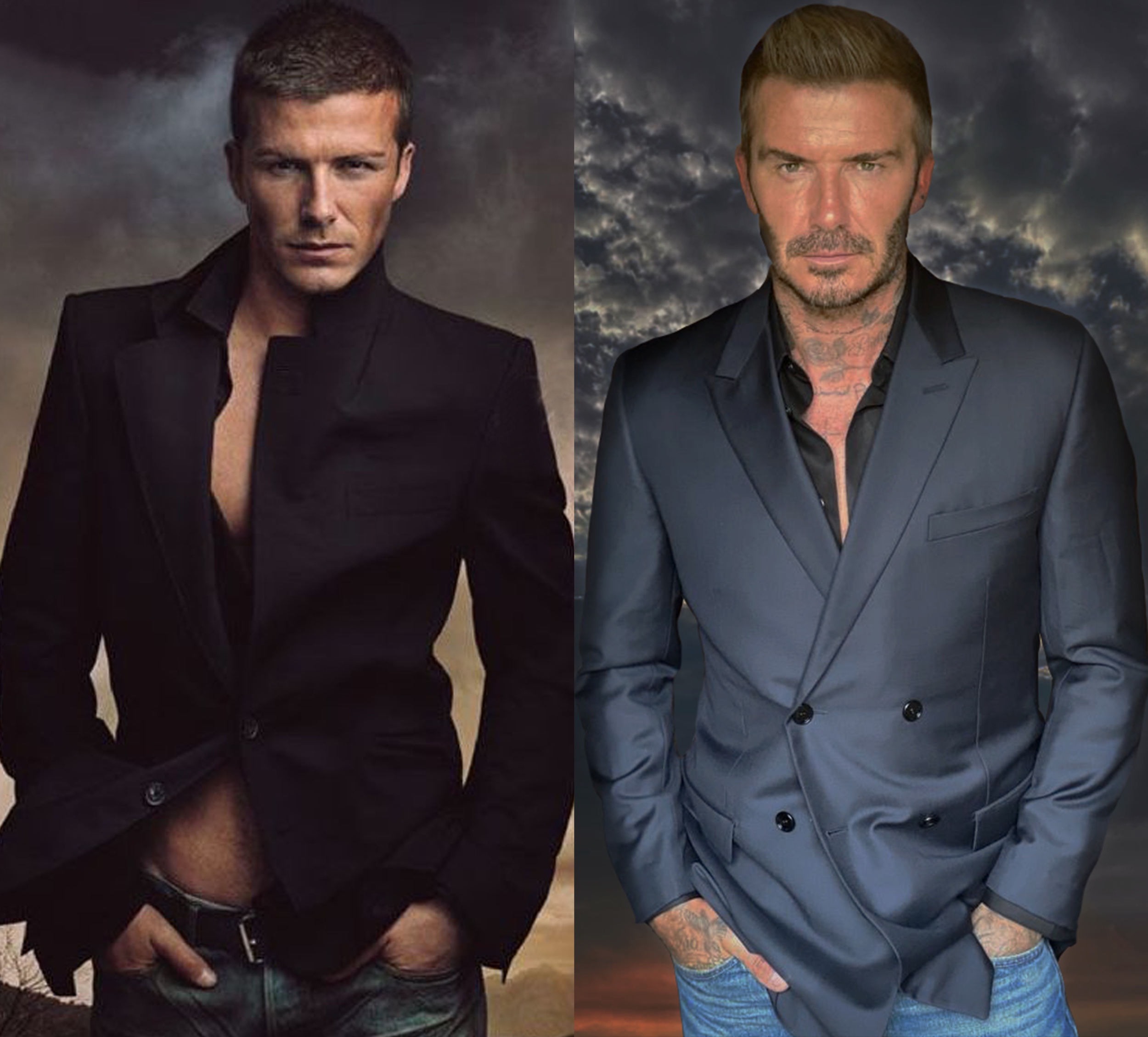 David released Instinct by Coty in 2005 with a dazzling publicity shot of him modelling a black blazer and jeans.

And Budding photographer Brooklyn, 21, used his skills from his internship with Rankin to shoot his dad dressed in the same garb, with a similarstormy backdrop.

His proud shared the photos on Instagram, writing: "Same look, few more grey hairs 15 years on 🤣 Having some fun with @BrooklynBeckham recreating this shot from 15 years ago by the legendary @annieleibovitz. #DavidBeckhamFragrances"

But fans hadn't noticed he'd aged at all, with one commenting: "Still the hottest Men on Earth" 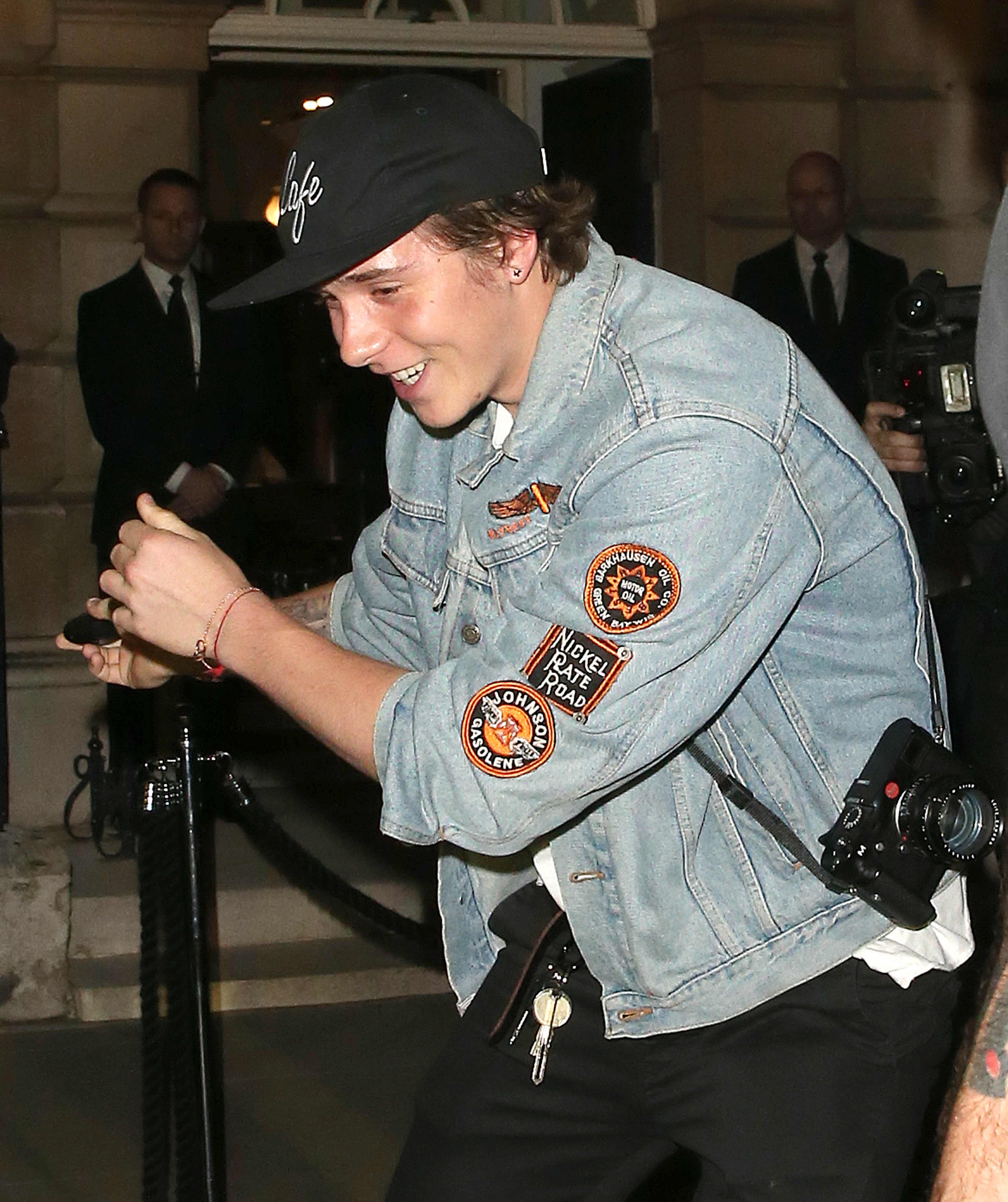 One more typed: "Better than ever" and another remarked: "definitely getting better with age"

Now some of his smells of success can be found in bargain shop Poundland. 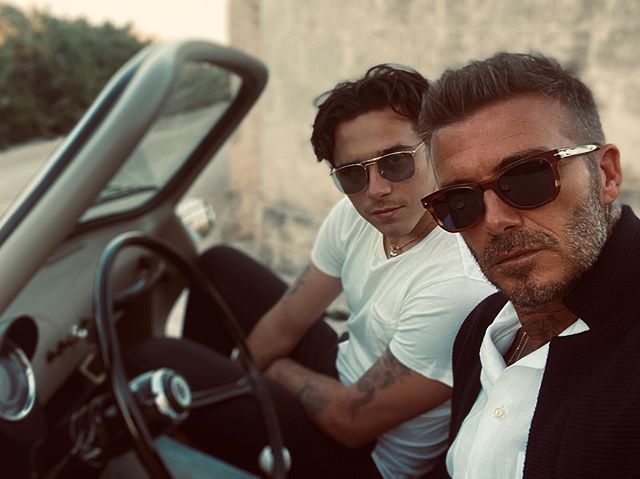 A 75ml bottle of fragrance Signature previously sold for £26 but shoppers at the discount retailer can snap it up for a fifth of the price.

They receive the same discount on a 50ml bottle of Instinct.

And for just £2, bargain-hunters can pick up a can of Respect 150ml deodorant spray and 200ml shower gel as part of a combo gift set.

Brooklyn was given his first camera by dad David when he was finding school “frustrating” and taking pictures soon became his “obsession”. 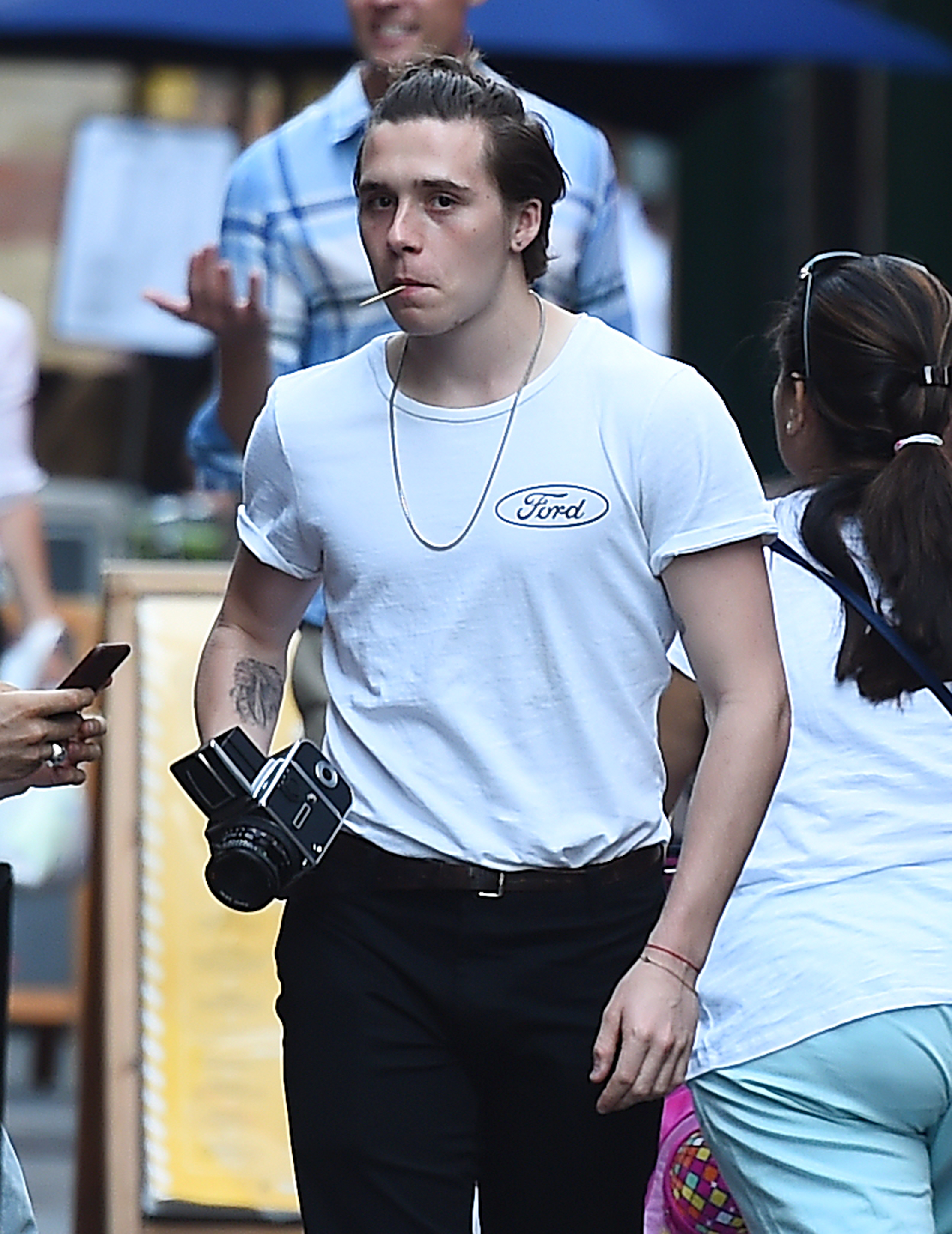 He released a book of his photography in 2017 called What I See.

It featured blurry shots of Brooklyn and his family at everything from A-list parties to luxury holidays.

The book was soon panned by critics and dismissed as a vanity project by many.