If seeing an entire reality flipped in the last season of “Dark” seemed jarring, know that it felt just as dissonant to the people helping to bring it to life.

When it came time for Martha (Lisa Vicari) to take on some of the some iconography that in previous seasons was associated with Jonas (Louis Hofmann), that exchange between the two main characters made for a moment that forced them and series co-creators Jantje Friese and Baran bo Odar to recalibrate a little.

“Just even her wearing the yellow raincoat in the costume test was really weird. Also for [Lisa] because it was so iconic for Jonas as his character. For Louis, being on set and she’s entering the room with his jacket, the first reaction was like, ‘Give me back my jacket! This is mine!’” Odar said in a recent interview with IndieWire.

Of course, that’s just a tiny part of the hook of Season 3’s new alternate reality, one in which Martha’s younger brother never travels back in time and never becomes Jonas’ father. The two resulting timelines are more than just metaphorical reflections of each other. In constructing the visual representation of that Season 3 idea, Odar wanted to flip things literally, too.

“We actually mirrored all the images that take place in a mirrored world, which means you mirror the sets. Stairs that go from left to right, they now go from right to left. Doors that used to be on the left side, were on the right side,” Odar said. “But it also means props-wise, you have to change a lot of things like books and bookshelves. You have to change the titles on them and mirror them. But the biggest challenge was actually for actors to play everything in a mirrored way. You have to open doors with your left hand. And if you ever tried that for one day, it is really weird and awkward.”

Those visual changes are built on the foundation of a braided narrative that stretches out across all three seasons of “Dark.” Ideas planted early in the series’ run return as the show moves toward its poignant ending. It’s not the kind of story that can be reworked and improvised on the fly with each passing group of episodes, as Friese can attest.

“It always sounds to people like it’s easier to do a last season when you know where you going. But I honestly believe that the contrary is true,” Friese said. “If you don’t know where you’re going, you can just write whatever. But if you know where you want to end, it is even harder to then lay out the structure for the episodes to get there. It was not the new stuff that we added throughout the second season that was the hardest thing to tackle, it was really being true to where we wanted to go in the end.” 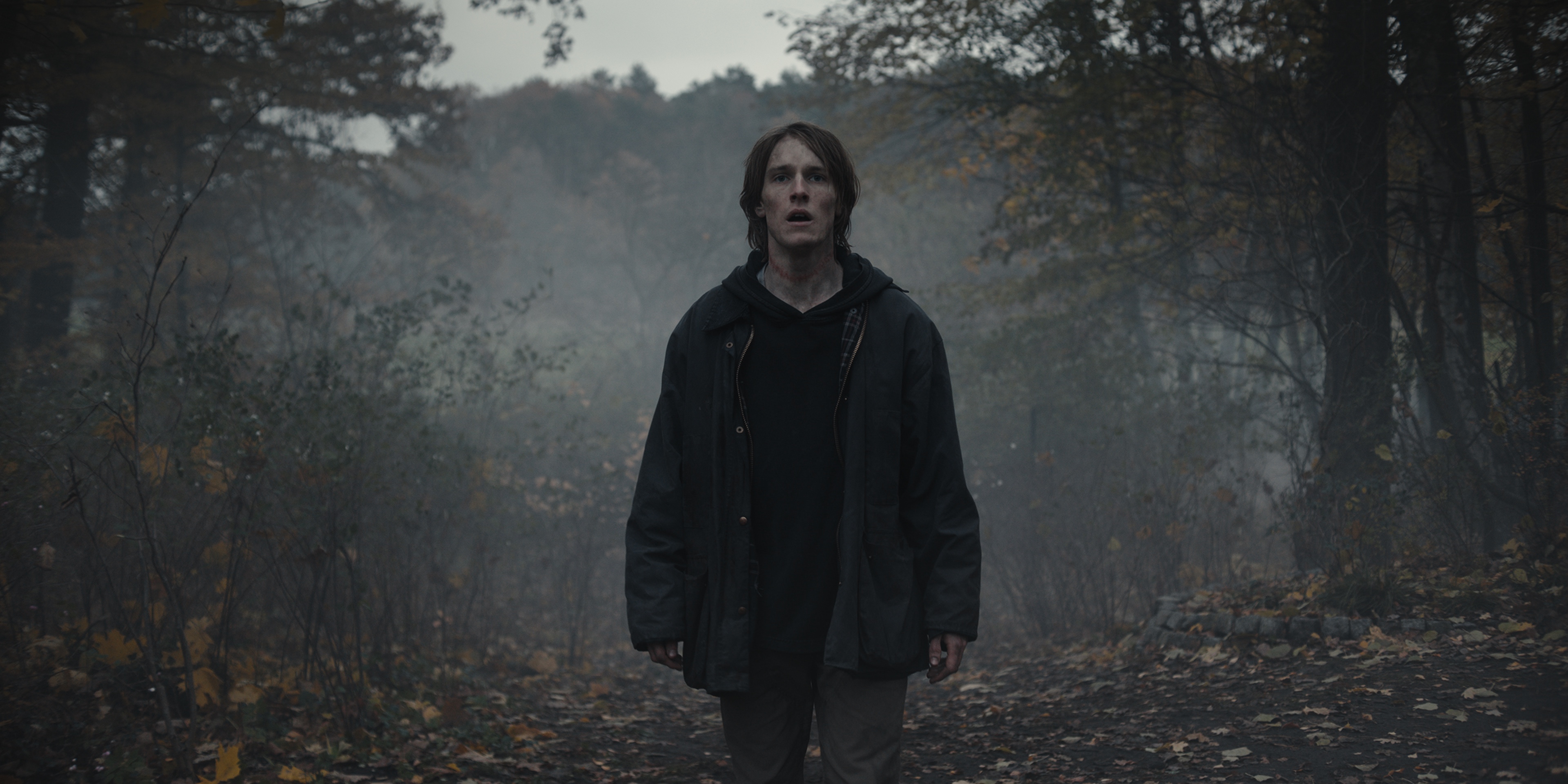 “Dark” is a show that certainly invites a certain kind of theorizing. Mysteries about characters’ allegiances or motives are hard to separate from their ties to family fates. While the closing chapter features answers to some of those questions, the episode before that is the one that holds the key to more than a few loose ends that have been lingering for fans of the show. Friese compared it to the Season 1 episode that first travels to the 1950s and the Season 2 episode that revisits the day of Michael’s death.

“In every season there is what I always call a bridge episode, because to me it’s like the bridge in a song” Friese said. “In Season 3, the seventh episode is where we basically fill in all those last puzzle pieces. So it was finding out which puzzle pieces need to go in there so that we have the feeling of the characters really going full circle. Now we finally fill in the gaps and you see how the circle plays out. That was one of the cornerstones to developing the third season. We looked at all the characters and tried to find out what’s really important, what we need to deliver.”

A key part of any ending is knowing the right cutoff point. Especially with a show like “Dark,” which does close so many of those open loopholes, there’s always a certain amount of desire to stay with those characters and see what happens after the turmoil has subsided. For an ensemble this vast, it’s almost impossible to give each person a dedicated farewell.

“There were some really tough choices to be made, especially in the in the editing room. We wanted to be fair and just to each of the characters, but obviously some of the endings needed to be cut out or just arranged in a different way,” Friese said. “I think we we focused on the stuff where we just personally felt it adds to the overall mystery and we need to deliver the ending. Some of the stuff we decided that you kind of figure it out yourself. You don’t need to see it on screen. Obviously, we were fighting for our own characters to to be heard, but then you just have to make choices.”

After 26 episodes and three seasons of one of the best Netflix Originals to date, there are a few remnants of “Dark” that remain. Friese and Odar said that they were able to keep the raincoat, the St. Christopher necklace, and the recreation of the Rubens painting “The Fall of the Damned” that’s the centerpiece of Adam’s Sic Mundus hall.

Much to the disappointment of diehards who might venture to Berlin in the hopes of visiting the show’s most pivotal location, the Winden cave doesn’t actually exist. It was a set constructed specifically for the series. Still, there are enough locations that do exist, exteriors that even when dismantled were the site of many memories for those who worked on “Dark.” It’s understandable that even Odar didn’t want to give up the show right away.

“I went back three days after the end of shooting because I was really not feeling well, to be honest. I went out with my large format camera and I was taking pictures of those locations like a fan. It was a really awkward feeling that day,” Odar said.

“You were really, like, lovesick after filming was done. You really had a problem letting go, I think,” Friese added.”

“Dark” is streaming on Netflix.