Netflix dropped the first season of police drama Criminal last year, which soon became known for its intense interrogation scenes as the officers quizzed the suspects on their alleged involvements in some puzzling crimes. This season sees the show return for a slightly longer run, with four episodes of thought-provoking cases to binge. However, fans of police dramas will likely note the similarities in the gripping interrogation scenes between Criminal and Line of Duty, with Rochenda revealing there was “inspiration” taken by show writers.

The second season of the hit drama continues to follow the same format as the first, with all scenes taking place within the four walls of the station.

And fans also saw all of season one’s main cast members back for more intense interrogation of the suspects – all played by well-known guest stars.

The latest offering allows for some further development inside the minds of the main cast members as well as some incredible guest performances.

Speaking to Express.co.uk and other press ahead of the season two release, star Rochenda Sandall detailed the “inspiration” which had come from BBC’s Line of Duty. 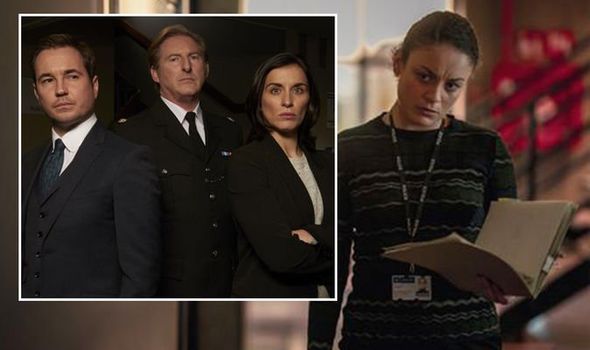 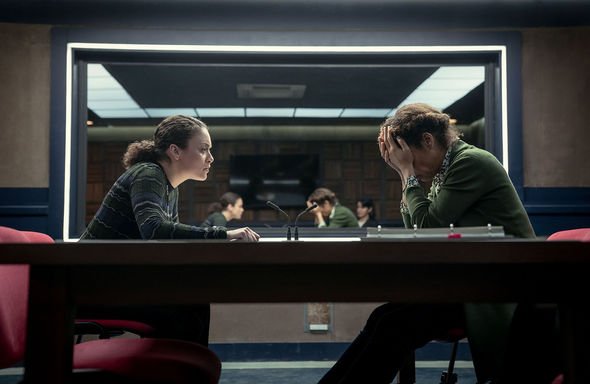 Asked what drew her to the drama, Rochenda explained one key thing.

She said: “The focus! I don’t think any of the other police shows in the UK [where] they just stay in the interview room.

“They [police dramas] generally tend to have like a lot of car chases, a lot of action-packed stuff, particularly, like Line of Duty.”

Of course, Rochenda had a huge role to play in Line of Duty’s fifth season, which came to screens last summer. 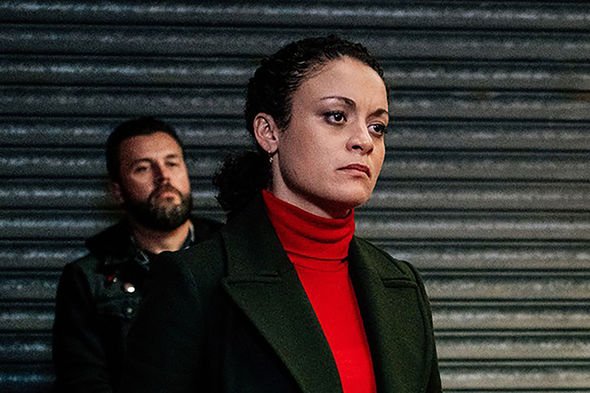 While it’s still under wraps whether she will be returning, she didn’t hesitate to praise show creator Jed Mercurio.

Speaking more on the hit show, she continued: “But Line of Duty’s power is in the fact that he [Jed Mercurio, Line of Duty creator] can go from huge action scenes to making an interview room very, very interesting as well.”

She went on to reveal there was “inspiration” taken from the interview scenes of the fellow police drama, which often feature long-running interrogations.

Rochenda added: “So he has the best of both worlds, Jed, and I think there was a lot of inspiration taken from those interview scenes in Line of Duty and brought them into Criminal.”

She went on to explain in more detail how such scenes are filmed, saying: “That was definitely something that interested me.

“Because watching the Line of Duty guys do the interview rooms and they even shoot it kind of similar to the way that we shoot it all in one.

“So like seven or eight-minute takes, which is a lot, that is heavy going as an actor!”

Can’t see this Brexit poll? Click here to open in your browser

Praising the style of the show further, she said: “I think to be able to do that and challenge yourself with that? It’s infinitely brilliant, I mean you learn so much.

“And if you can do that, I think doing a little kind of minute scene should be straight in the bag for you, you learn a lot,” she concluded.

There’s no word yet on whether a season three will be on the cards – but with so much excitement around season two, it seems likely there may well be.

Criminal seasons 1-2 can be streamed on Netflix now.

Related posts:
'DWTS': Bobby Bones Asked How Tyra Banks Was Doing As Host, Fans Say the Show Is 'Not the Same'
Job seekers shifted into trial online service without extra funding
Popular News
Inside Rob Dyrdek’s relationship with wife Bryiana Noelle Flores
21/09/2020
Man Utd wonderkid Ramon Calliste, called ‘the next Giggs’, now owns luxury watch business and makes £5m a year – The Sun
26/03/2020
Megan Thee Stallion Addresses Criticism Over Twerking: ‘I Love to Shake My A**’
26/03/2020
Police guard shops to stop coronavirus panic-buyers and enforce social distancing – The Sun
26/03/2020
Coronavirus: Good Morning Britain’s Dr Hilary reveals ‘game-changing’ self-testing kit
26/03/2020
Recent Posts
This website uses cookies to improve your user experience and to provide you with advertisements that are relevant to your interests. By continuing to browse the site you are agreeing to our use of cookies.Ok