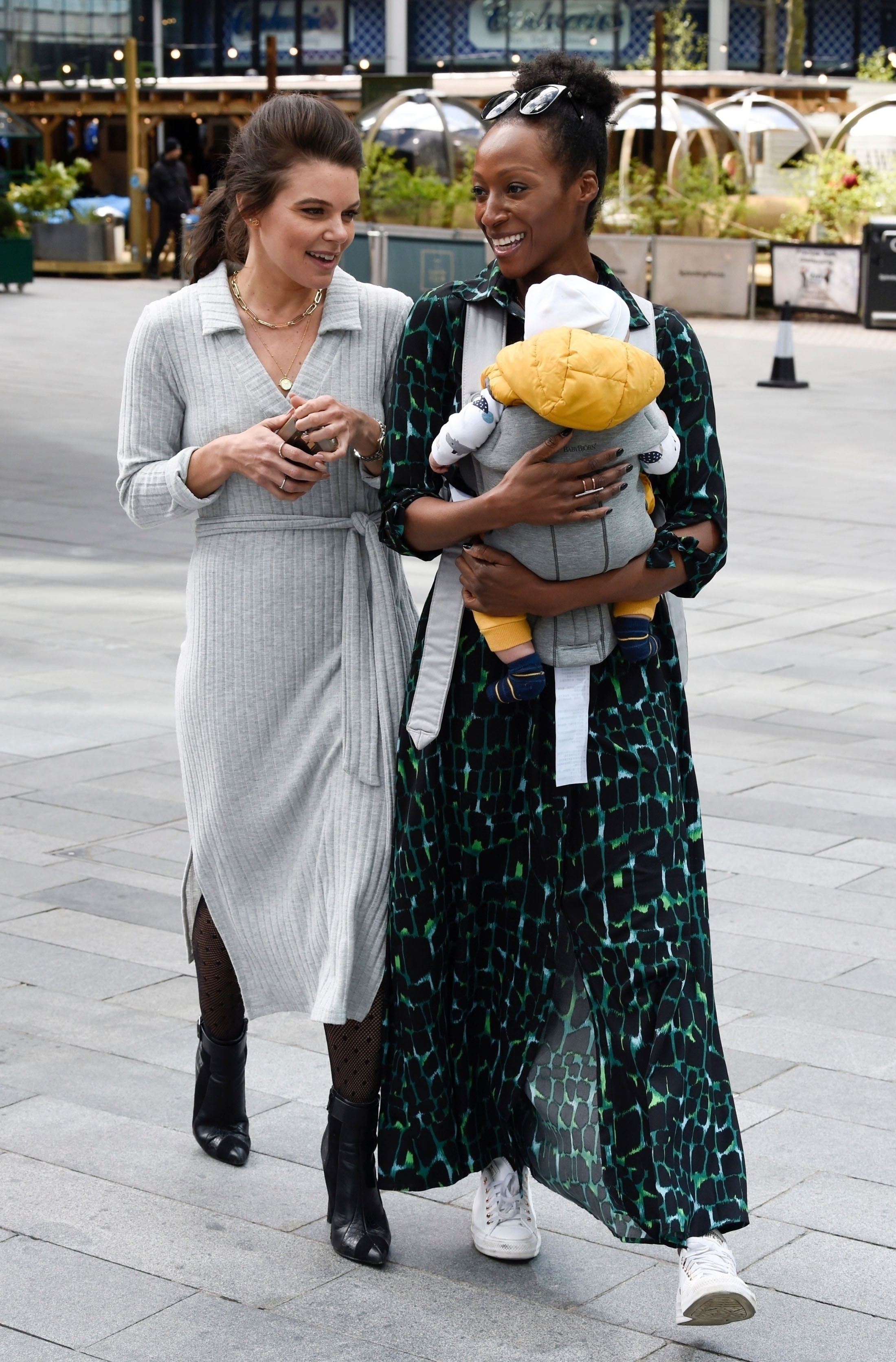 They later revealed on Instagram that they had named their sweet son Théodore Christopher.

Today, Victoria, 38, showed off her newborn to pal Faye, 33, and the Dancing On Ice star looked completely besotted with the tot.

Faye – who played Kate Connor on the ITV soap – clasped her hands together as she cooed and gasped at the baby.

Delighted Victoria laughed as she looked down at her son and the proud mum cradled him in her baby carrier. 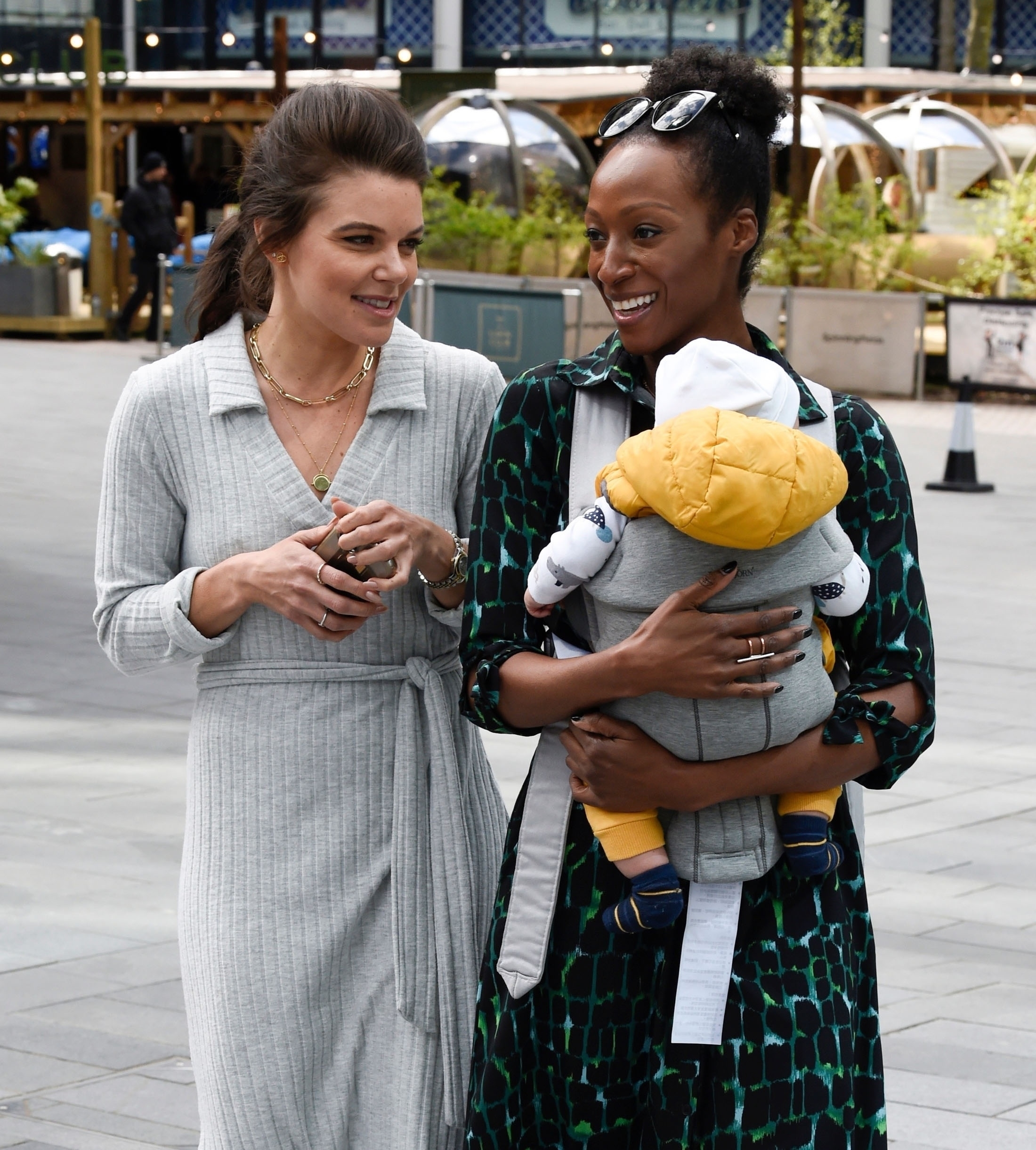 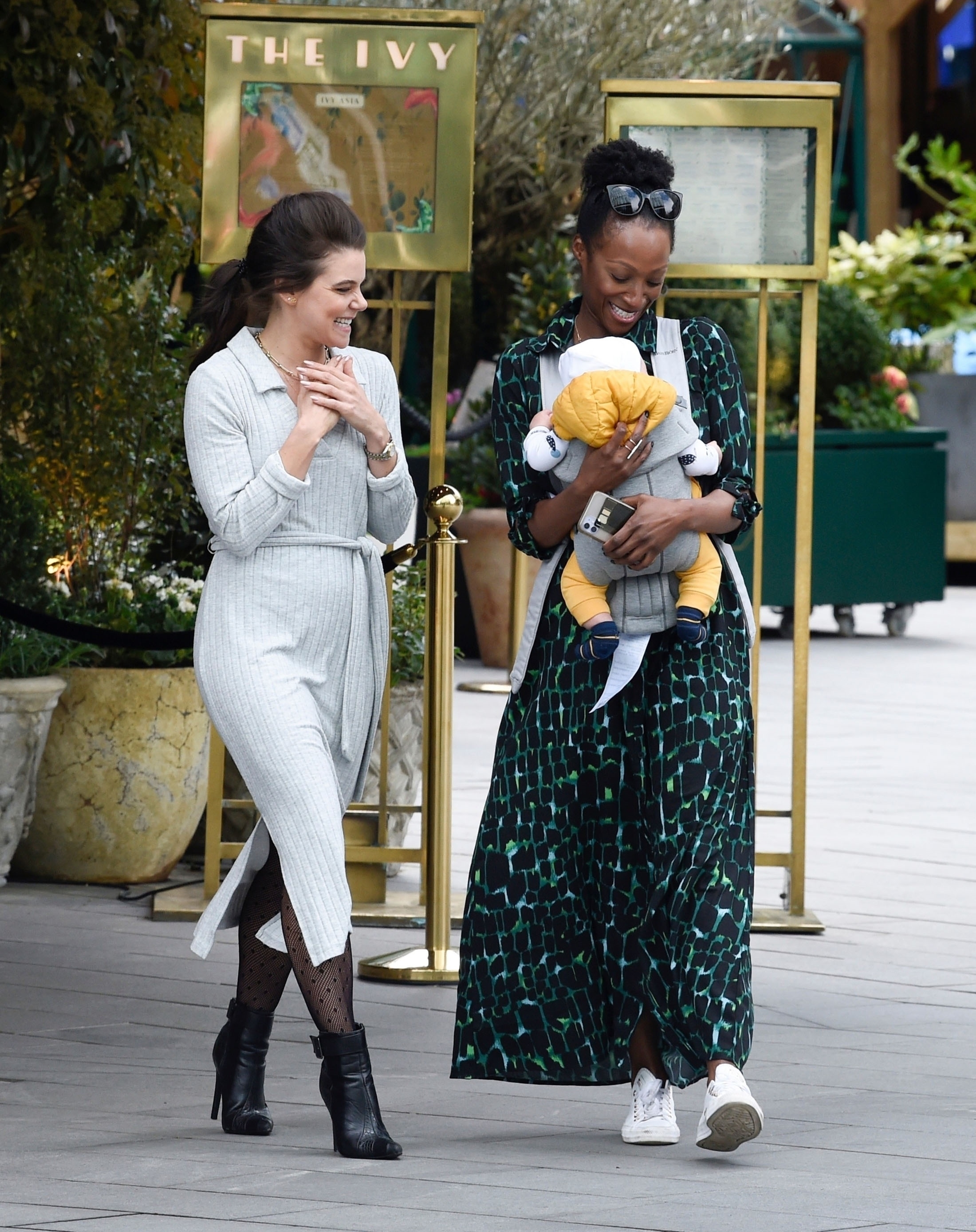 Last year, Victoria joked to The Sun that there was "nothing else to do in lockdown but get pregnant".

She said: “A lockdown baby, what else were we to do? We’re due in January so it’s going to be an amazing start to 2021.”

The TV favourite was last seen in Corrie at the beginning of 2019, where her character went to live in South Africa with her young son after splitting from Mary Taylor's son Jude.

She announced her pregnancy in November, waiting until she was seven months along before sharing the news because she suffers from sickle cell anaemia. 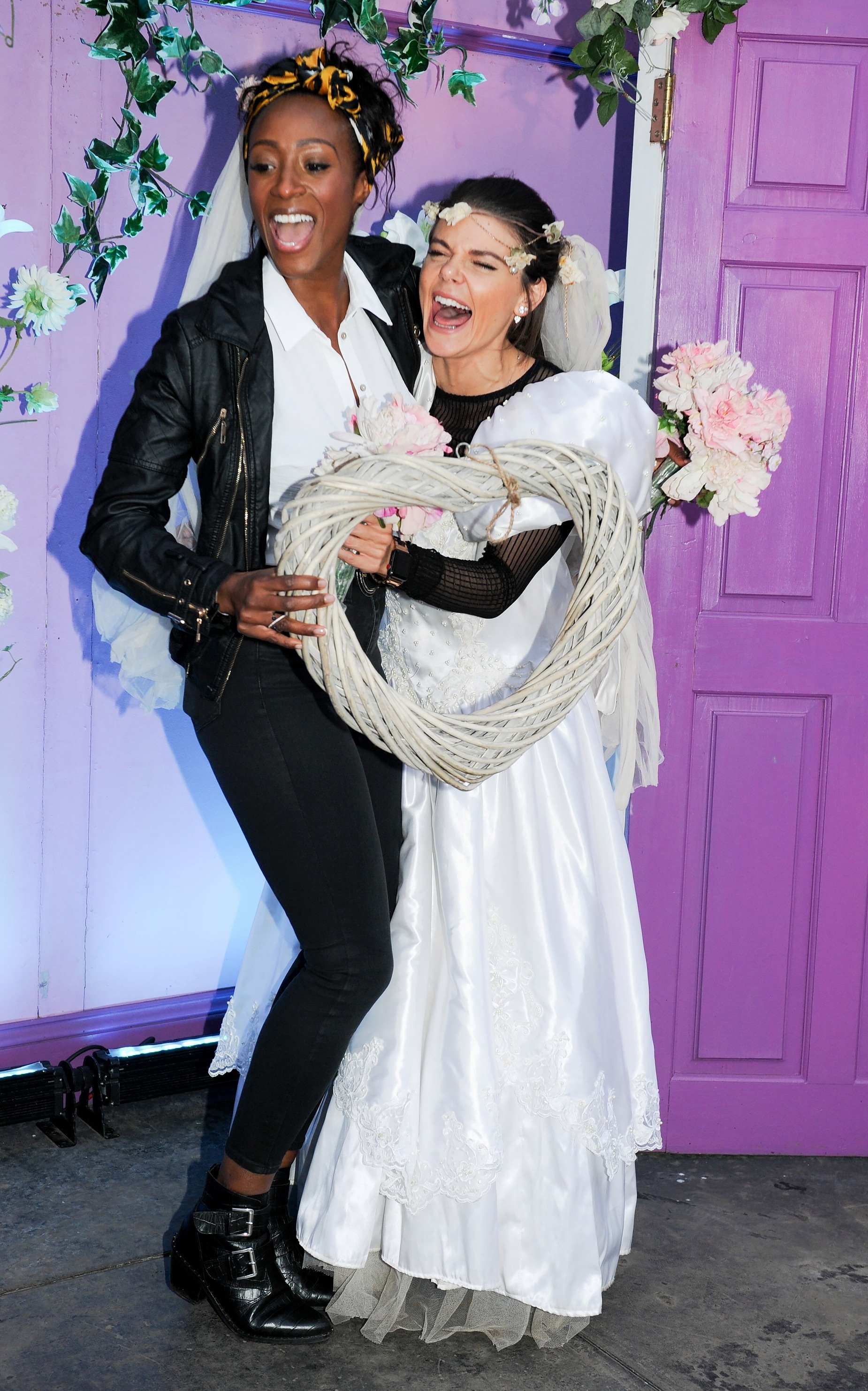 Victoria said: "We know friends that have miscarried and so we waited until we were 12 weeks before we even told our parents.

"Then, with my health condition, we wanted a little bit more security and stability in knowing that everything is okay with baby and with me."

The actress was diagnosed with the condition when she was 22 but recently revealed she spent years hiding her pain from her mother.