Yasmeen (played by Shelley King) has been suffering at the hands of her other half Geoff (Ian Bartholomew) for some time now, with the signs of subtle abuse becoming more prevalent in recent months on Coronation Street. It’s been reported the harrowing storyline is going to come to a head in the coming weeks, with dramatic repercussions set to play out for the villain’s wife as she tries to stand up to her husband on the ITV soap. However, with the authorities set to be involved, the pensioner could change her version of events to ensure the control freak walks away a free man.

A source told The Sun Online Yasmeen will lash out at her husband as she comes to the ned of her tether with regards to the way he has been treating her.

They report the villain will be left fighting for his life, with the pensioner arrested for attempted murder.

However, if these scenes do come to fruition, the long-suffering character could find herself out on bail as the authorities try to piece together what happened.

Feeling an immense sense of guilt, Geoff’s other half could turn up at his bedside and find herself back under his control, leading her to make a huge U-turn. 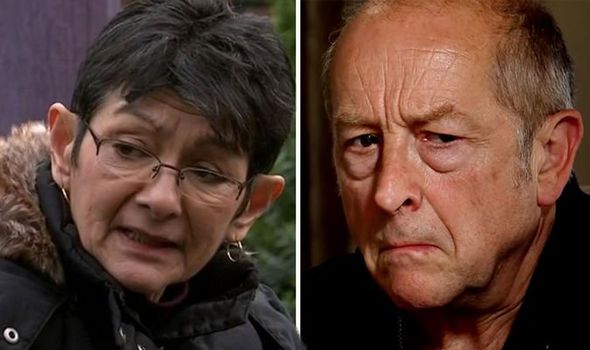 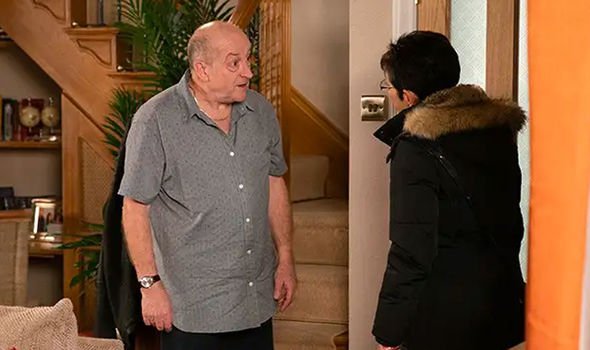 Several unofficial teasers have suggested this storyline will end up with the grandmother taking to the docks in court.

Taking to the stand to give evidence against her husband, having spoken to him, she could find herself further incriminating herself to save him from jail.

Chantal Hughes, CEO of domestic abuse charity The Hampton Trust, has explained it’s not uncommon for people in Yasmeen’s situation to feel they need to give their abusers another chance in an exclusive interview with Express.co.uk.

“When a victim finds the courage to leave an abusive relationship there is an assumption that they will not return but it is not that straightforward.” 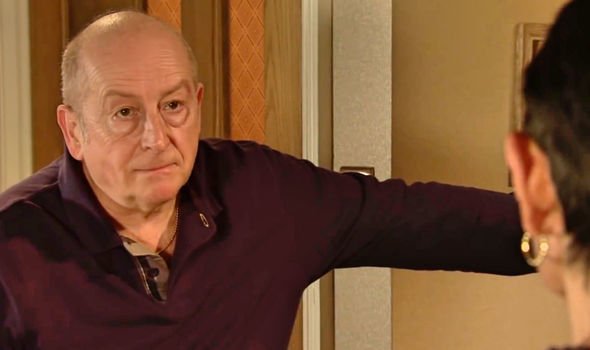 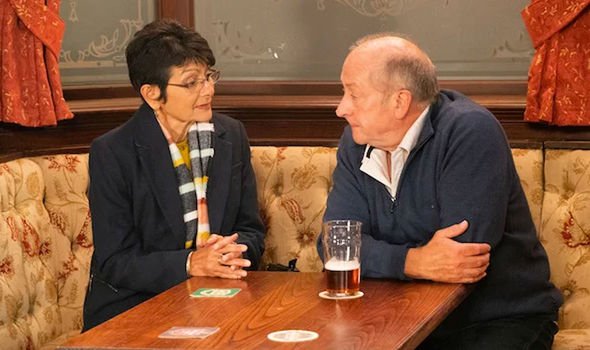 Perpetrators will find ways of contacting their victims

Chantal continued: “They can miss their partner or be manipulated by them into thinking if they go back things will be different.

“Perpetrators are plausible and can convince their partner that they have learned their lesson and that they will not be abusive again. When you feel low and you miss your partner you want to believe this is the case.

“Even perpetrators serving custodial sentences will find ways of contacting their victims and on release will often seek them out to get the relationship back.”

Given sources have said the charge will be attempted murder, it seems Geoff won’t be killed off altogether.

In order to keep Yasmeen under his control, the villain could drop the charges if he convinces his other half to lie on the stand.

This would mean he wouldn’t be prosecuted if evidence came to light later in the trial he had been abusing his wife.

The pensioner’s granddaughter Alya Nazir (Sair Khan) has been particularly sceptical of the abusive character, along with several of her friends and neighbours.

Eileen Grimshaw (Sue Cleaver) is set to be one such figure who could provide evidence after the actress posted a picture of herself on Twitter in a courtroom.

The taxi firm phone operator’s suspicions about Geoff were raised when his son Tim Metcalfe (Joe Duttine) told her he founds mother-in-law locked in a box with his father nowhere to be seen.

Knowing there are several red flags which could trip him up, this is why the villain could persuade Yasmeen to lie for him.

Chantal added: “Yes this is common with victims of abuse as to testify against an abuser in court is incredibly difficult.

“The challenge when victims withdraw their statement is that domestic abuse is often a crime with no witnesses.

“Without this kind of evidence and witness statements, convictions can be more challenging to secure. Successful prosecutions rely on a range of factors including the police being able to work with the Crown Prosecution Service to build a strong case.”

Will Yasmeen lose her fight to see her husband get justice as she’s manipulated by him once more?

if you or anyone you know has been affected by Yasmeen’s storyline, please find more information by visiting the Women’s Aid website or call Refuge on 0808 2000 247.