Coronation Street’s Yasmeen Nazir (played by Shelley King) has been subject to coercive control at the hands of Geoff Metcalfe (Ian Bartholomew) for months and finally snapped last week. The Speed Daal chef stabbed her husband in the neck in self-defence but her isolation from friends and family means her loved ones have no idea what she’s been through. Could Tim Metcalfe (Joe Duttine) omit vital information from the police to ensure his step-mother goes to prison for his father’s attack?

Yasmeen has been emotionally and physically abused for months as Geoff sought to control every aspect of his wife’s life.

He slowly isolated her from the rest of the cobbles, took control of her finances and cruelly broke her spirit with a number of sinister acts such as tricking her into eating her pet chicken, Charlotte.

Geoff has convinced his awful behaviour is a sign he loves her despite cheating on her with prostitutes.

Their toxic marriage came to a head last week when Geoff threatened to kill his wife after forcing her to wear a dress he revealed was for an escort. 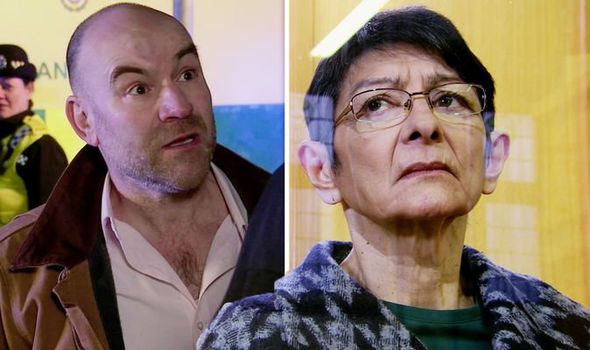 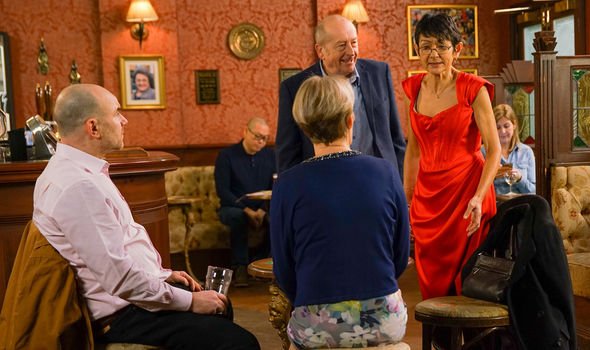 Yasmeen was horrified by the revelation but Geoff continued to viciously insult his wife before lunging at her with a knife.

The Speed Daal chef picked up a wine bottle and hit her husband over the head before stabbing him in the neck.

In recent scenes, Tim was told Yasmeen just missed his jugular but his father remains in a serious condition.

Coronation Street residents were quick to take side with Peter Barlow (Chris Gascoyne) revealing he has a bad feeling about Geoff. 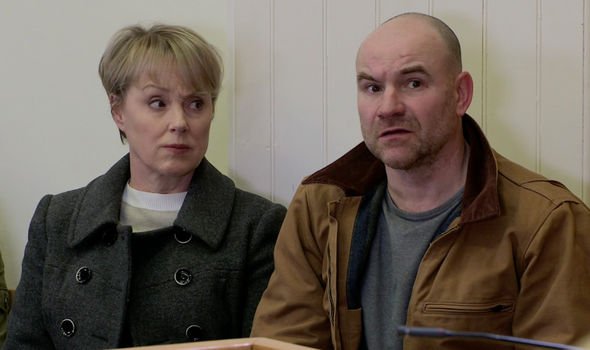 Tim’s focus is understandably his dad’s condition but will he realise what Geoff is really like or keep quiet about past incidents?

Earlier in the year, Tim was shocked to discover Geoff had locked his wife inside his magician’s box and left her there while he popped to the pub.

“Earlier dad had gone out and Yasmeen was in a box,” he told Eileen Grimshaw (Sue Cleaver). “A magician’s box, it’s part of his act.”

“That’s not very nice. Why didn’t she get out of the box?” questioned Eileen.

“Well, it had a catch and it should have been up but it was down,” Tim answered.

“She was trying to get out but couldn’t, this thing happens all the time in magic circles.”

But Eileen wasn’t buying it and remarked: “It’s not very normal, Tim. If a bloke locked me in a box it would be a sure sign that I needed to get out.”

Create your own survey at doopoll.co

Tim bought his father’s story and if Geoff wakes up he could persuade his son Yasmeen’s ‘alcohol problem’ is to blame for her behaviour.

Imran Habeeb (Charlie de Melo) has told Yasmeen she needs to paint a clear picture of the circumstances surrounding the attack and she may well offer the magician box incident as an example.

Could Tim team up with his father and pretend the traumatic incident never happened or will he realise what his father is capable of?