Young Ollie was conceived when Leanne (played by Jane Danson) had a one-night stand with Steve (Simon Gregson). The pair have never had a real relationship but share custody of the tot. However Coronation Street fans could be about to see the families go to war as Ollie’s health worsens and Leanne despairs over what is best for her son.

A preview for Monday’s episode has already shown tensions are high with Nick (Ben Price) hitting out at Steve for abandoning his son.

As Steve argues with Nick, insisting he’ll never know what it’s like to be a father, could he have inspired his rival to take drastic action?

Arriving back on the cobbles, Steve asks Leanne to give him a call if anything else happens.

As she agrees, Steve rushes off while Summer Spellman (Matilda Freeman) and Billy Mayhew (Daniel Brocklebank) approach asking how the tot is. 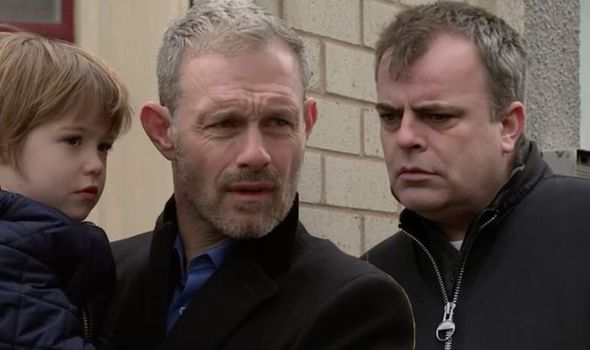 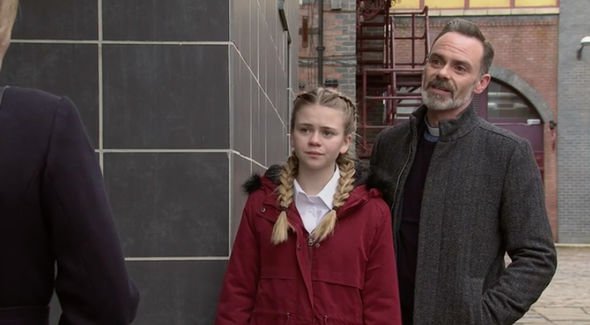 Leanne explains the doctor said little Oliver had a convulsion before Billy remarks: “It’s not every 15-year-old would know what to do.”

“Yeah, it was a bit scary,” Summer adds leaving Leanne baffled. “Anyone would have known to put him in the recovery position.”

As Billy sings Summer’s praises, Leanne is left fuming as she learns Steve had left her son alone with the teen.

Shouting out at the father-of-three, Leanne rushes over to Steve who is chatting to Tracy Barlow (Kate Ford). 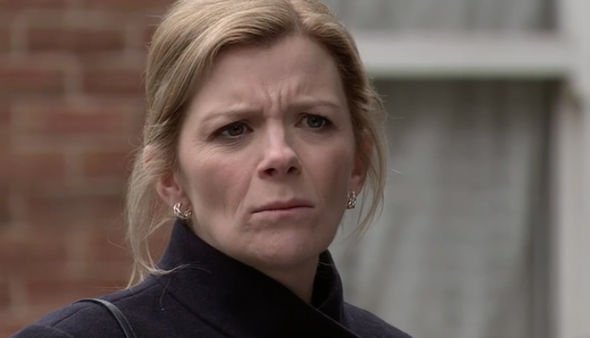 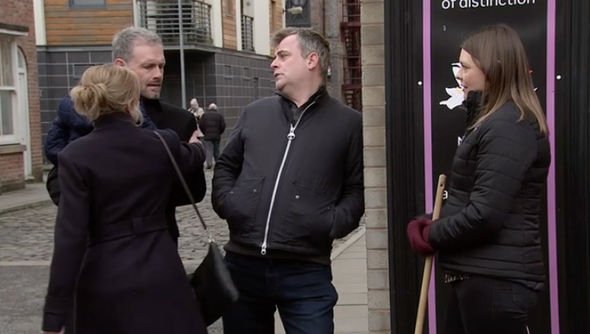 “Just remind me again, what was it like?” Leanne begins. “Oh actually don’t bother Summer’s just told me.”

Tracy is left aghast as Steve tries to explain he nipped out for an emergency and Summer is responsible enough to watch over Oliver.

“What was so urgent that you felt you could abandon your son?” Nick asks.

“Unbelievable!” Leanne shouts. “Every time! Every time he is last on your list of priorities.”

As Leanne continues to get angry, Nick sees in and tries to diffuse the situation but Steve retorts he should back off as he isn’t Ollie’s dad.

“I’m more of a father to Oliver than you’ll ever be” Nick warns him.

While Nick only helps to parent Ollie as he lives with the tot and Leanne, could he seek legal advice to take custody of the child?

Or, to ruffle Steve’s feathers even more, Nick could seek to adopt Ollie stating Steve is not a good enough father.

A big storyline which threatens to have the families of Coronation Street at war has previously been teased and with the Platts, Battersbys, Barlows and McDonalds all involved, Ollie could be at the heart of the plot.

It remains to be seen if the tot’s health worsens but it looks like Steve should prepare to lose custody of his son.